Between all four offices, the whistleblower speculates that around eight to 10,000 children are being moved per week, with estimates reaching up to 40,000 per month. 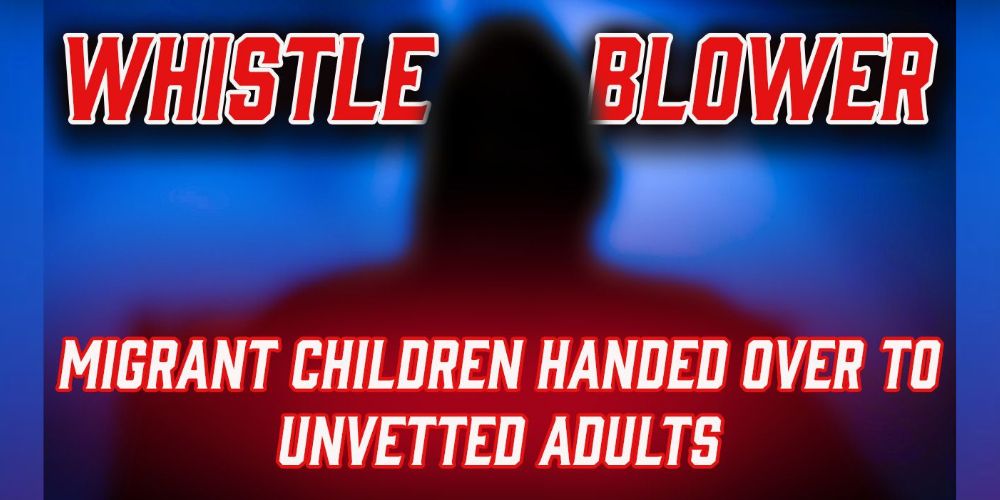 In a recent interview, an anonymous whistleblower who works as a "travel youth care worker" for a federally funded contractor, shared that tens of thousands of unaccompanied migrant children are being bussed and flown throughout the US and being handed off to unvetted adult "sponsors."

The employee, who works for the government contracted company, MVM Inc., said that the company’s main focus is getting unaccompanied minors from "Point A, shelters," to "Point B, sponsors," across the US.

However, due to the overwhelming number of border crossings, the employee shared that new hires for MVM Inc. are not being given proper background checks, "a lot of people" get hired, and "their background hasn’t even come in yet."

He also explained that due to the mass amount of migrant children being escorted, employees are not properly vetting the adults they’re handing these kids off to.

An email sent to employees of MVM Inc. highlighted multiple issues that were brought to the MVM site manager’s attention, including "TSs (Travel Escorts) taking the liberty of accepting alternate documents without FFS approval."

"Sometimes there are people who are not even on any documents for the child, and it tends to happen where these sponsors will show up and they will say, 'oh, I’m here for the kid,' but it’s really the sister or a neighbor, cause the sponsor didn’t feel like going."

When asked why an adult would want to sponsor one of these children, he shared that the US Dept of Health and Human Services (HHS) provides migrant children with a form of documentation.

This interview also gave insight into the number of unaccompanied minors illegally crossing into the US in the Texas region of the border.

The whistleblower explains that charter flights and buses are utilized to bring these children across the US. "When it’s charter planes, we move anywhere between 200 to 300 kids on one plane," he explains, "It won’t just be one plane, it’ll be two, three planes at a time that leave."

The whistleblower explained the charter flights that bring these children across the US, start with a drop off in Texas before moving onto New York, California, and Washington, reaching a final destination in Oregon or a nearby state.

He goes on to share that in just his office alone employees will move up to 5,000 children per week. MVM Inc. has three other offices throughout Texas in El Paso, Houston and San Antonio. Between all four offices, the whistleblower speculates that around eight to 10,000 children are being moved per week, with estimates reaching up to 40,000 per month.

On top of children being given to improperly vetted adults, the whistleblower also shared that due to the lack of identification for these children, adults or alleged cartel members are often placed in the same shelter as them.

He goes on to detail how the kids will make statements such as, "that kid threatened me in there…he also mentioned he is not the age that he says that he is." He further explains that, "the kids talk amongst themselves and they know who to stay away from."

Lately, Democratic mayors such as Muriel Bowser of DC and Eric Adams of New York have been complaining about Republicans governors bussing thousands of migrants to their states. When asked if it was Republicans to blame for the uptick in illegal immigrants or companies like MVM Inc., the whistleblower shared, "It’s us. We’ve been doing it since Biden came into the administration, a little bit before that. And it picked up way a lot when Biden came into office."

MVM previously signed a federal contract for $136 million back in 2021. When asked to confirm this, the employee responded with "correct," elaborating that things like flights or food are paid for, with the payment ranging from "$2,000 to $5,000 to pay for a trip of two coworkers, two transport workers, and two kids. But a lot of times groups are five kids, three coworkers, and it’s multiple offices.”

This federal contract was reported on by The Daily Beast in May of 2021, titled "Biden Showers Cash on Ex-CIA Contractor to Transfer Migrants."

The article reveals that MVM Inc. was awarded a $136 million contract by the Biden administration, "for the transport of migrant families and unaccompanied minors in government custody." MVM Inc. has also previously served as a contractor for the CIA and NSA in Iraq.

In response to a request for comment, MVM Inc. said, "Your proposed story leverages some serious allegations that are factually incorrect."

"First, MVM is not responsible for sponsor vetting – so this allegation is patently false," they said, pointing in the direction of the Office of Refugee Resettlement for questions. "Separately, background checks are required for employment with MVM."