Texas Governor Greg Abbott said all the border crossers, before they even get on the buses, are given voluntary consent waivers which are available in multiple languages. 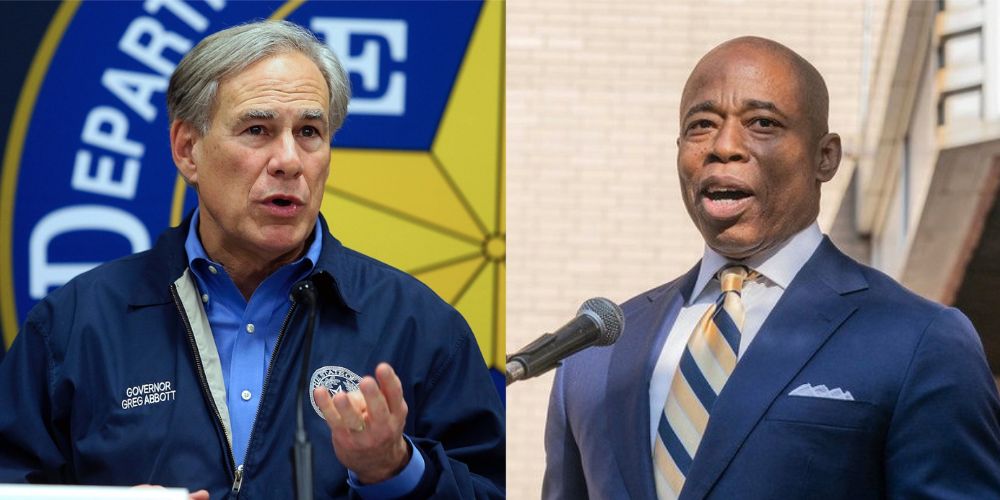 Texas Governor Greg Abbott said on Wednesday that illegal Immigrants are not being forcibly bussed to New York City from Texas, despite NYC Mayor Eric Adams' protestations that they are.

Fox News reports that the Lone Star state governor said that all the border crossers, before they even get on the buses, are given voluntary consent waivers which are available in multiple languages.

Eric Adams had previously said that migrants, "were forced on the bus with the understanding that they were going to other locations that they wanted to go."

The latest barbs between the two leaders follow a recent threat Adams made to send New Yorkers down to Texas to campaign on behalf of Beto O'Rourke. On Wednesday, Abbott appeared on Fox News's Faulkner Focus to encourage Adams to do exactly that, as having a bevy of New Yorkers going door-to-door in Texas for his opponent would only encourage citizens to vote for Abbot.

The Texan governor even said to Adams, channeling Clint Eastwood, "make my day."

In response, Adams called Abbott "anti-American" and a "global embarrassment." Adams' NYC has seen a 50 percent surge in crime since last year, with a marked increase in violent crime. His city has proven too crime-ridden even for illegal immigrants, many of whom absconded anywhere else while in transit to avoid landing in his metropolis.

On August 7, when a bus of border crossers from Texas arrived at NYC's Port Authority bus terminal, only 14 illegal immigrants got off the bus out of an expected  40. Adams said they ran away "because of the fear that something was going to happen to them if they came to this location."

Abbott started busing migrants to NYC and Washington, DC to unburden his state of the historic influx of illegal immigrants crossing the border into Texan territory as well as broadcast Biden's border crisis.

"In addition to Washington, D.C., New York City is the ideal destination for these migrants, who can receive the abundance of city services and housing that Mayor Eric Adams has boasted about within the sanctuary city," Abbott said of Adams. "I hope he follows through on his promise of welcoming all migrants with open arms so that our overrun and overwhelmed border towns can find relief."

On August 4, the first busload of about 50 illegal immigrants sent by Texas Governor Greg Abbott made it to New York City and he has been busing more since then.

New York City is a "right to shelter" state which means that no matter the burden, it's NYC law that if someone arrives at a designated city facility seeking shelter, they must be housed by the next morning.

Prior to the Texas governor sending migrants to NYC, the Biden administration had been quietly doing the same thing, often giving them faulty information on where to go. Adams had said the influx of migrants was a real "burden" to New Yorkers.