"As Governor," Abbott wrote, "I invite you to visit our border region to see firsthand the dire situation that only grows more urgent with each passing day." 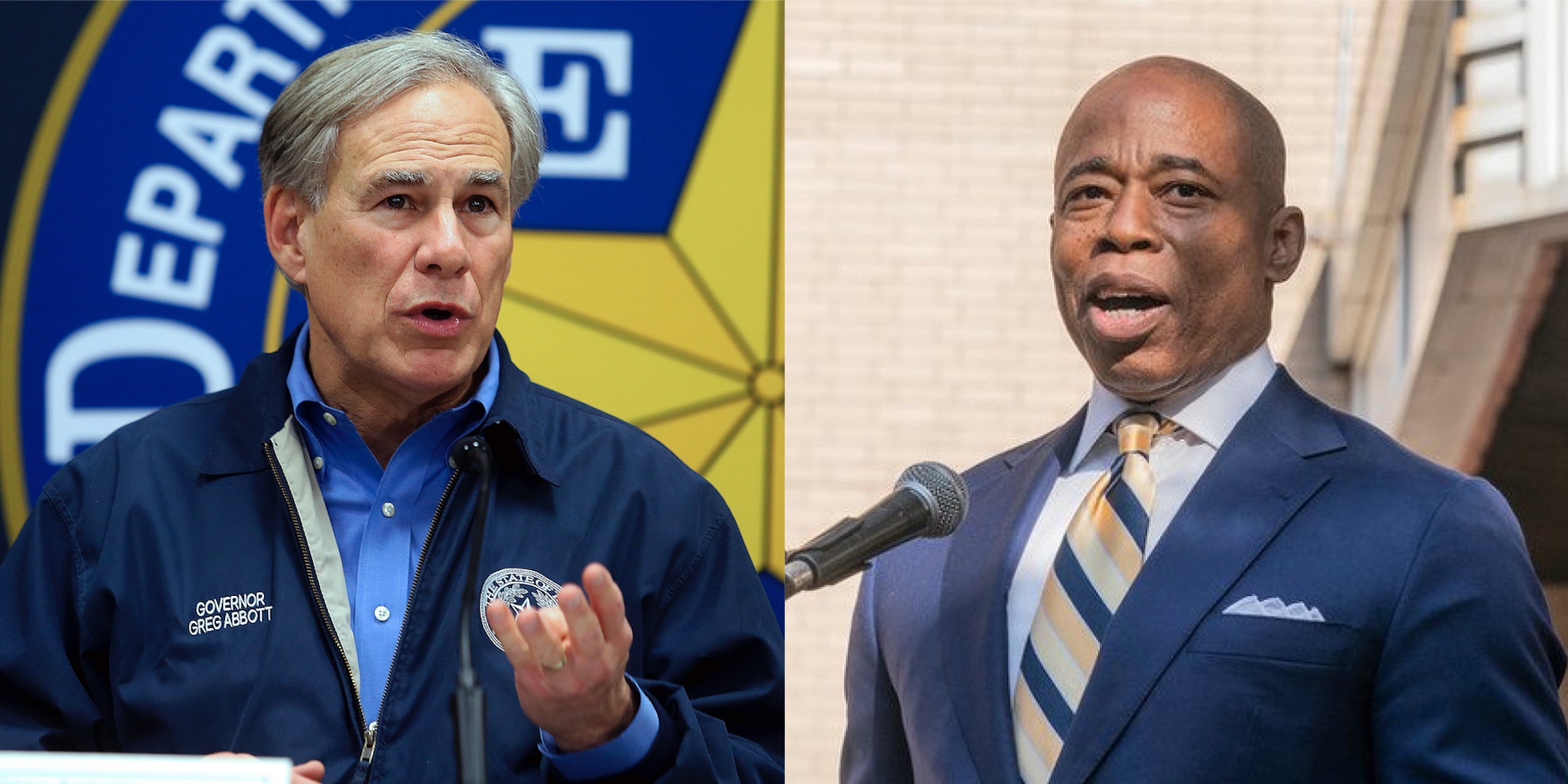 Last week, the mayors of New York City and Washington, DC reached out to the Biden administration asking for help in dealing with the influx of illegal migrants being sent north after crossing the southern border.

On Monday, Texas governor Greg Abbott formally invited New York's Eric Adams and DC's Muriel Bowser to visit his state and see the crisis at the border for themselves.

"Your recent interest in this historic and preventable crisis is a welcome development," Abbott began, "especially as the President and his Administration have shown no remorse for their actions nor desire to address the situation themselves."

"As Governor, I invite you to visit our border region to see firsthand the dire situation that only grows more urgent with each passing day, and to meet with the local officials, who like yourselves, realize this matter deserves immediate federal action."

Abbott went on to slam the Biden administration's "reckless open border policies," calling on the mayors to join him in his condemnation.

"We agree," he continued, "that this crisis demands immediate federal action to prevent the flood of deadly fentanyl... the unimaginable horrors caused by human smuggling and trafficking, the known terrorists from entering our country, and the countless other crimes that have been committed by the hundreds of thousands of "gotaways" that the Biden Administration has let slip through."

"I look forward to welcoming you the Texas-Mexico border so that you can see this crisis for yourself," Gov. Abbott concluded. "Please contact my office to make travel arrangements for your visits."

Adams expressed concern over the "unprecedented surge" of people entering the city with nowhere to stay. He said he was aware of 2,800 illegal migrants who had made the journey to New York after being released at the southern border.

This after it was revealed that illegal immigrants were being bussed to New York to find services there, but were given bad information by the Biden administration.

Bowser responded to the uptick in illegal migrants arriving in DC by accusing Republicans of "tricking" them into taking buses to the nation's capitol.