The initiative is designed to "manage identity concerns during incarceration" for the roughly 1,200 transgender prisoners serving time across the country's 122 federal prisons, according to the Washington Free Beacon. 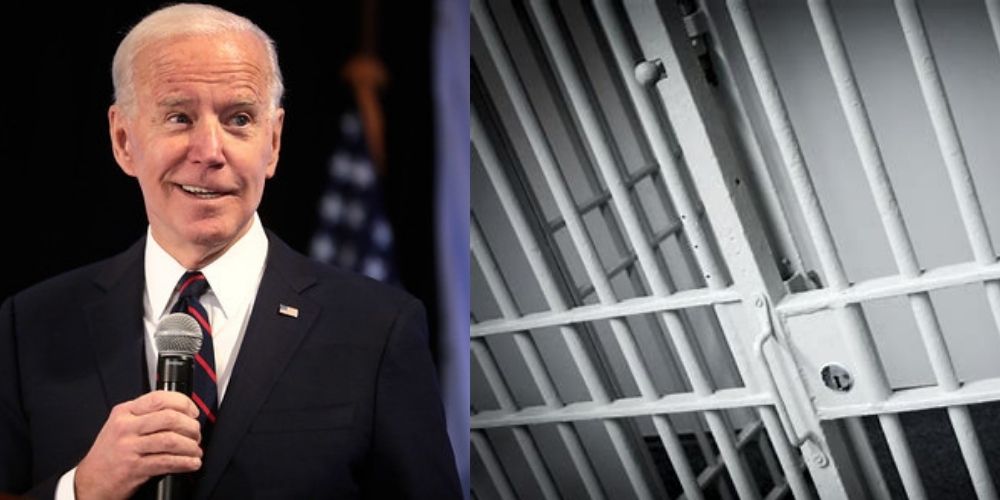 The Biden Administration has spent $1.5 million on a "transgender programming curriculum" for inmates locked away in federal prisons.

Fox News reports, "The DOJ’s Federal Bureau of Prisons (BOP) entered a contract on July 1, 2021, with The Change Companies in Carson City, Nevada, for $1.5 million for developing transgender-specific programming for transgender prison inmates."

The initiative is designed to "manage identity concerns during incarceration" for the roughly 1,200 transgender prisoners serving time across the country's 122 federal prisons, according to the Washington Free Beacon.

The curriculum "teaches techniques to seek support for mental health concerns and skills to advocate for physical, emotional, and sexual health and safety."

In January of 2021, President Biden signed an executive order "on the Establishment of the White House Gender Policy Council." This broad order aimed to "advance gender equity and equality, with sensitivity to the experiences of those who suffer discrimination based on multiple factors, including membership in an underserved community."

Part of the order's implementation included directing the Bureau of Prisons (BOP) to house felons in prisons where they feel their gender identity was affirmed. The housing of male and female prisoners together in response to the policy has led to an increased number of sexual assaults in women's prisons.

In January 2022, the BOP released a "Transgender Offender Manual" that delineated and codified many of Biden's new policies for trans offenders.

One rule states that officials must respect the preferred pronouns of convicted federal offenders and defines gender as "a construct" based on "social identity, psychological identity, and human behavior."

The "transgender programming curriculum" includes plans for spending tax dollars on inmates so they can receive hormone treatment while they're incarcerated and for treatments to continue once they're released.

Convicted terrorist Cristina Iglesias is set to become the first male who identifies as transgender to receive a taxpayer-funded sex change surgery and will receive funding for treatment post-incarceration.

The DOJ commented on the programming stating it "recognizes the importance of appropriate gender-affirming management and treatment of transgender individuals in its custody."

The firm contracted by the Biden Administration, Change Companies, plans to fulfill the scope of their contract this September.