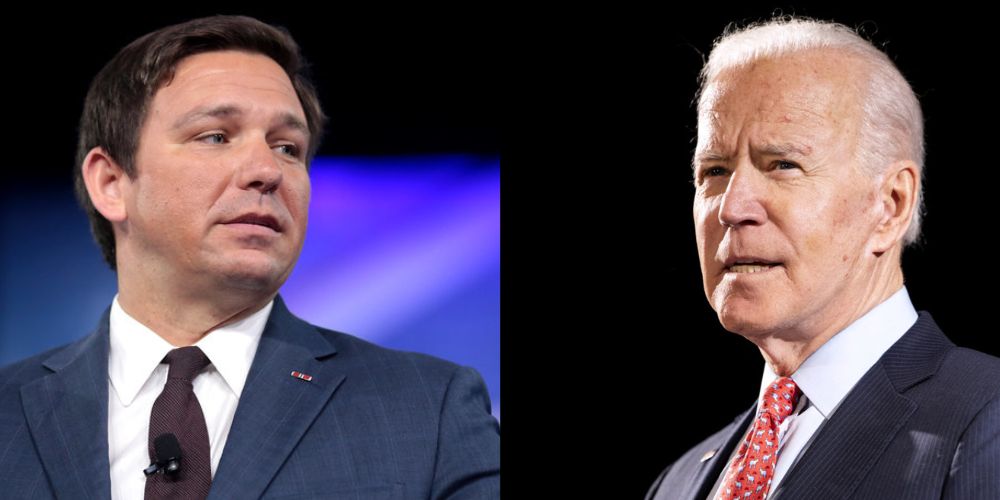 In yet another effort to curtail states' rights, the White House claims there will be federal intervention in opposition to the anti-grooming law. Moves for federal mediation include "monitoring" by the Department of Education and calls for people to file formal complaints about the law's restrictions with the Department's Office for Civil Rights.

The Democrats' opposition to states' rights recently came to a head with nationwide riots and calls to dissolve the Supreme Court following the Court's decision to make abortion a states' issue with the reversal of Roe v. Wade.

Meltdown from Democrats over the Florida's anti-grooming bill has been widespread since it was introduced. In April, former White House Press Secretary Jen Psaki wept in a dramatic flare over the "cruelty" of the bill. The American Federation of Teachers president and advocate for masking children, Randi Weingarten, said the bill was how "wars start."

DeSantis' bill went into effect on July 1st, and was a pivotal part of the governor's promise to strengthen parents' rights and curb talks about sexuality in elementary school classrooms. The bill is very clear in that it reinforces the "fundamental right of parents to make decisions regarding upbringing and control of their children."

The law does not ban sex education, but establishes that sex education should be taught in an age-appropriate way. Contrary to the infamous "Don't Say Gay" nickname for the bill, the law does not prevent teachers from saying "gay," or talking about being gay.

Additionally, the law strengthens parental involvement in education by preventing schools from "discouraging or prohibiting parental notification and involvement in critical decisions affecting a student's mental, emotional, or physical well-being."

Despite the common-sense parameters in the law, the Biden White House claims the law is "part of a disturbing and dangerous nationwide trend" and is "cynically targeting LGBTQI+ students, educators, and individuals to score political points."

As Townhall reports, DeSantis responded to the accusations and said "The White House continues to lie about Florida's work to protect children as young as five years old from sexualized lesson plans... [our] pro-parent education agenda stands in stark contrast to the policies coming out of Washington as Joe Biden tries to steal lunch money from our kids to push woke gender ideology."

DeSantis was not speaking in hyperbole about Biden stealing lunch money from kids either. Earlier this year, the Biden Administration laid out parameters to yank federal funding for school lunches for schools that do not allow biological males to use girls' bathrooms or make other transgender accommodations.