"The threat posed by domestic terrorism is on the rise," Olsen said. "The number of FBI investigations over the past two years, since March 2020, has more than doubled." 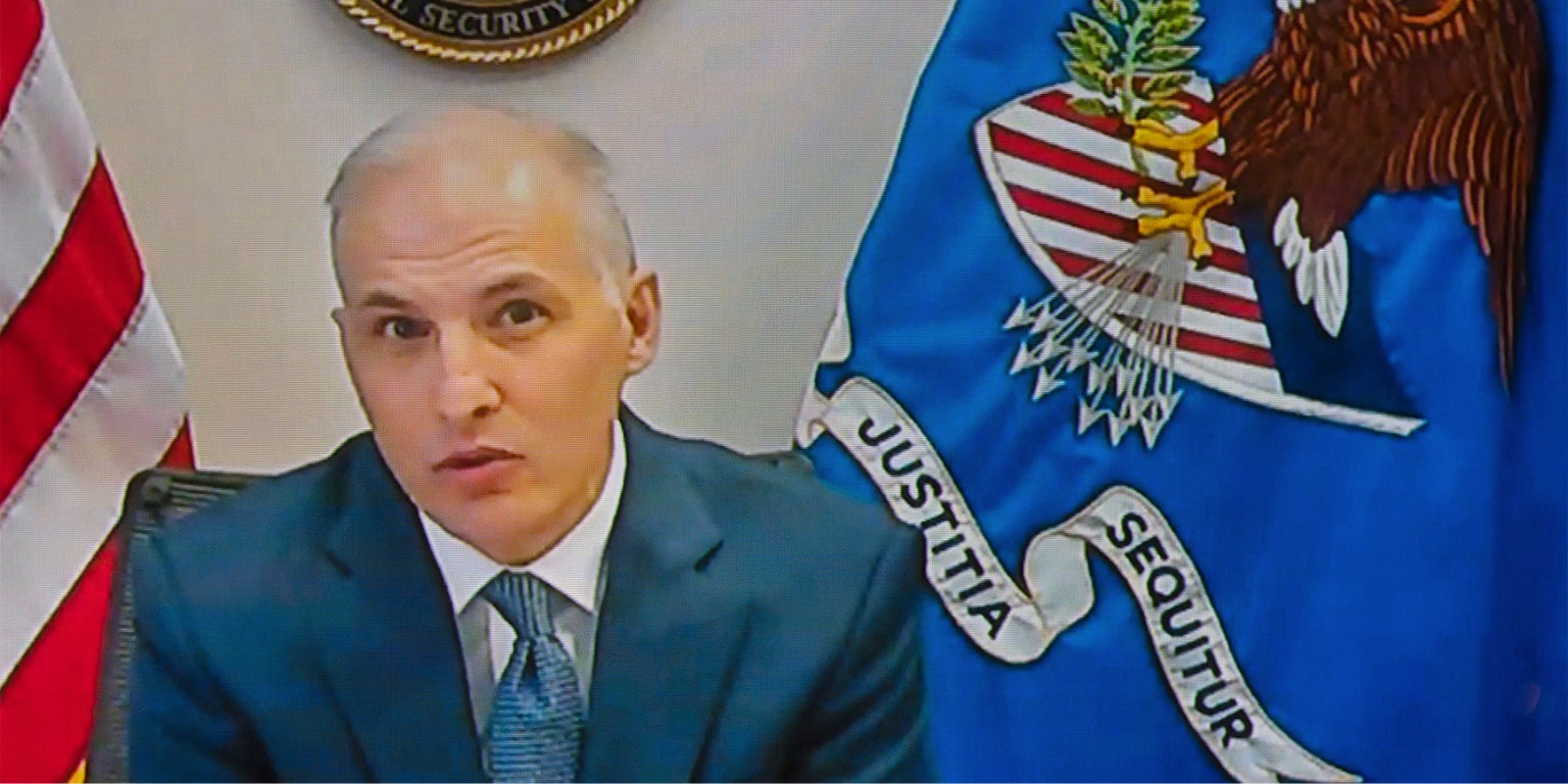 The Department of Justice announced on Tuesday their plan to create a new unit dedicated to Domestic Terrorism. In his opening remarks before the Senate Judiciary Committee hearing Assistant Attorney General for National Security Matthew G. Olsen revealed the initiative.

Olsen said that the DOJ "decided to establish the domestic terrorism unit to augment our existing approach. This group of dedicated attorneys," he went on, "will focus on domestic terrorism threats, hoping to ensure that these cases are handled properly and effectively coordinated across the Department of Justice and across the country."

As he began his remarks, Olsen laid the groundwork for his reasoning behind creating this new, domestic terrorism focussed unit within the Department of Justice.

"The threat posed by domestic terrorism is on the rise," Olsen said. "The number of FBI investigations over the past two years, since March 2020, has more than doubled."

Olsen ran through a list of mass shootings that have been classified as terrorism, from a shooting in El Paso, a synagogue shooting in Pittsburgh, a shooting at a Congressional baseball game, and the murders at the Emmanuel AME Church in Charlottesville. Olsen listed off the number of people, more than 700, who were charged in connection with their involvement in the January 6 riot, none of whom killed anyone, or are even charged with crimes approaching that magnitude.

"Attacks in recent years underscore the threat that domestic terrorism continues to pose to our citizens, to law enforcement officers, to public officials, and to our democratic institutions," Olsen said. "Based on the assessment of the intelligence community, we face an elevated threat from domestic violent extremists. That is individuals in the United States to seek to commit violent criminal acts in furtherance of domestic, social or political goals."

"Domestic violent extremists," he said, "are often motivated by ideology and personal grievances. We've seen a growing threat form those who are motivated by racial animus as well as those who ascribe to anti-government, anti-authority ideologies."

Olsen tracked through the DOJ's history of prosecuting members of hate group the KKK, and said that "Today, investigating and prosecuting domestic violence extremists is one of our top priorities on the frontlines."

During the Senate Judiciary Committee's hearing on domestic terrorism on Tuesday, in which members grilled representatives from the FBI and the Department of Justice, it was clear that the concept of domestic terrorism and domestic extremism were being re-defined in real time.

Domestic extremism and domestic terrorism have been a major focus of the Biden administration's efforts in the area of law enforcement. On Biden's first full day in office, he authorized the creation of a National Strategy for Countering Domestic Terrorism. That strategy, released in June 2021, comes with a preamble that states that the project of finding and prosecuting domestic terrorists and extremists "should unite all Americans."

"Together," reads that introduction signed by Joe Biden, "we must affirm that domestic terrorism has no place in our society. We must work to root out the hatreds that can too often drive violence. And we must recommit to defend and protect those basic freedoms, which belong to all Americans in equal measure, and which are not only the foundation of our democracy— they are our enduring advantage in the world."

So what is domestic terrorism? In a hearing before the Senate Judiciary Committee on January 11, domestic terrorism was defined as per the criminal code, which defines domestic terrorism as "violent criminal acts committed by individuals and or groups to further ideological goals stemming from domestic influences, such as those of a political, religious, social, racial or environmental nature."

In questioning the Judiciary Committee's other witness, Jill Sanborn of the FBI, Committee Chair Dick Durbin asked how the DOJ will be investigating individuals who are not part of known domestic terror groups.

"...if you just went to the organizations themselves, you will have missed the brunt of the attacks over capital in January 6. These people were not affiliated members of these organizations. By and large, almost 90 percent of them had no connection whatsoever and yet they engaged in violence that day, sometimes, with unprecedented opportunity they've never shown in their life before. I'm asking each of you, as you look forward to try to keep us safe. Are you going on the traditional means of suspects and people involved in this activity?" Durbin asked.

"Two things that I would pull out of your comments that I think are congruent with themes that we're seeing and trends," Sanborn answered, "is a very personalized mobilization is often behind what pushes somebody to go out and conduct whatever act they're about ready to undertake. And so that personalized danger obviously is very challenging.

"But to get ahead of that," she continued, "one of the things that we have focused on... is indicators of mobilization, right. We want to teach people to pay attention to human behavior, and become alarmed and alerted when it looks someone is mobilizing. We have found that very successful on the IT side and believe that educating people on these mobilization indicators will help us stay ahead of the violent threats that are out there."

Durbin went on questioning Sanborn, saying that while tracking extremist organizations, and "keeping an eye on them and suppressing them is necessary," that "may not be sufficient. The participation by unaffiliated individuals in the riot of January 6, Durbin said, "tells us that the reach of this extremism goes far beyond these organizations."

When asked by Ranking Judiciary Committee Senator Chuck Grassley about the DOJ's investigation into concerned parents at school board meetings, which was authorized by Attorney General Merrick Garland at the urging of the National School Boards Association in a letter that was later revealed to have been requested by Education Secretary Miguel Cardona, Olsen said that this investigation was "a serious concern," but that "it's certainly not a particular focus for the national security division."

That being said, Olsen said that "As the Attorney General's memo indicated, there has been an increase in violence and threats of violence against individuals who serve in positions of public trust school board members, teachers, other public officials.

"And this was a serious concern as a concern that I share the national security of even for its part is playing a an advisory role in supporting the work of the department making sure that when there may be a case that would rise to the level of one where we have some role to play, to support the rest of the department, but it's certainly not a particular focus for the national security division nor do I have any anticipation that it would be.