"Diversity makes us stronger," Levine said at the swearing-in ceremony. Levine is a gender non-conforming biological male who identifies as transgender and supports medical transitioning of children. 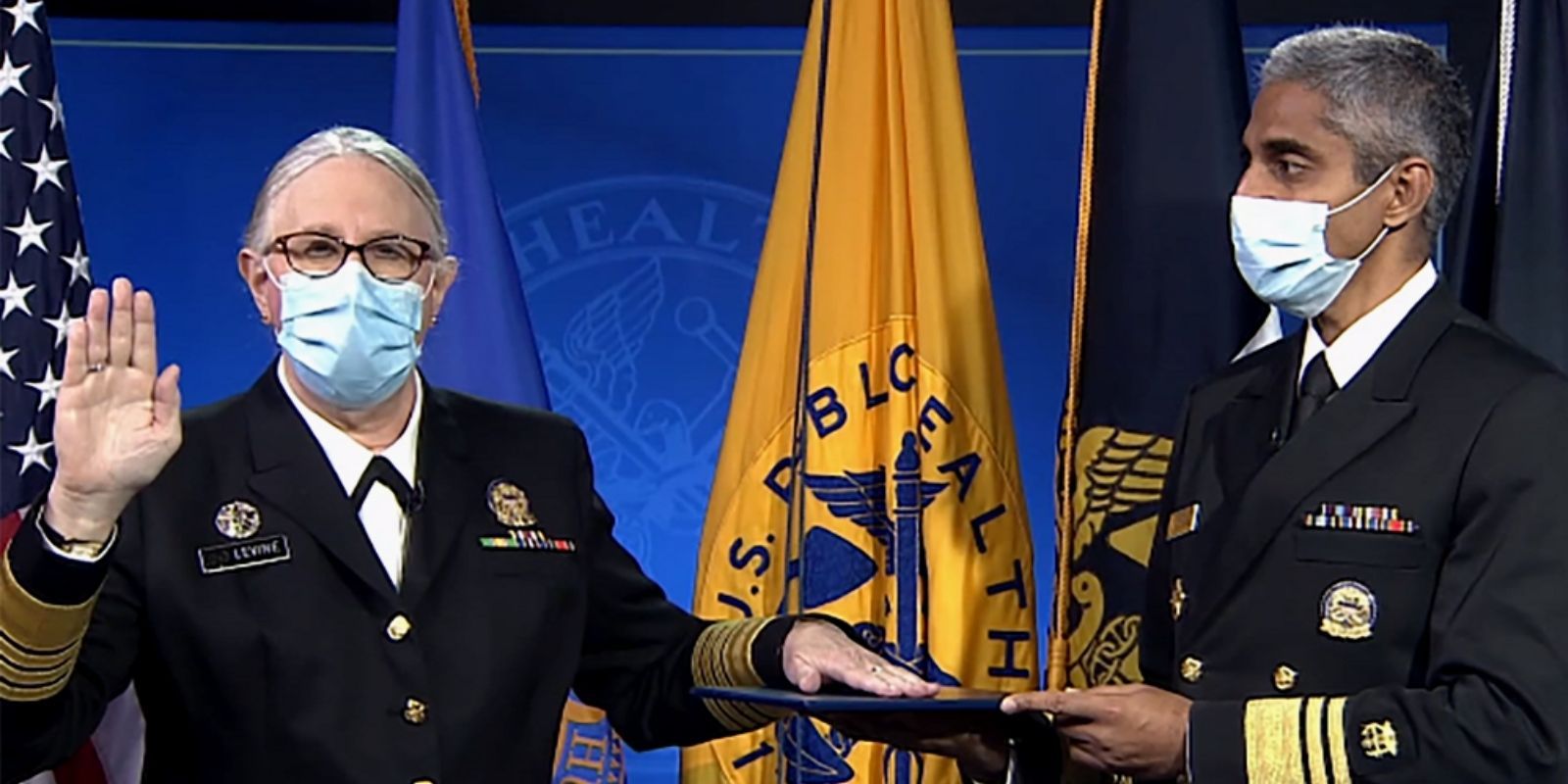 The Biden administration's US assistant health secretary Rachel Levine was sworn in on Tuesday as an admiral of the Public Health Service Commissioned Corps.

The 6,000-officer force responds to health crises on behalf of the federal government, including administering coronavirus vaccines and providing care to communities after hurricanes, the Washington Post reported.

The former Pennsylvania health secretary is the sixth four-star admiral in the history of the health corps. After becoming the nation's highest-ranking openly transgender official as a senior Biden health appointee, Levine is now the public health service organization's "first-ever female" four-star admiral as well as the first openly transgender four-star officer across any of the eight uniformed services, which include the Army, the Navy, and the Air Force.

Levine delivered remarks after being sworn in. "May this appointment today be the first of many more to come," the new admiral said. "Diversity makes us stronger."

"I stand before you in this uniform ready to be a beacon in these dark days of COVID-19 working to serve you and this great nation," Levine said.

Levine said she "stand[s] on the shoulders of those LGBTQ+ individuals" who preceded her. "The time is now for our country to continue to move the bar forward for diversity," Levine said in her speech at the swearing-in ceremony. "And I am proud to wear this uniform and answer that call."

"This is a momentous occasion and I am pleased to take this role for the impact I can make, and for the historic nature of what it symbolizes," Levine stated.

Association of State and Territorial Health Officials CEO Michael Fraser said that the national nonprofit representing public health agencies in the US "is here to support you and your team defend the health of all Americans!"

In a government press release, the Department of Health and Human Services (HHS) described Levine's swearing-in ceremony Tuesday as a "historic announcement" that "builds on the accomplishments of LGBTQ+ History Month and "a major step forward as we work to create a more inclusive society."

Levine is a gender non-conforming biological male who identifies as transgender and supports medical transitioning of children. During the confirmation process in February and March, she maintained her endorsement of a fully debunked and disavowed study which claimed that puberty blockers prevent suicide.

When she was confirmed, Levine was heralded as a progressive barrier-breaker for the transgender community's representation in the federal government.

Levine, as Pennsylvania's top health official, defended the disastrous policy of returning COVID-19 infected patients to nursing home facilities in the state. "They contracted the virus in the facility. So it doesn't mean they were bringing it to the facility. The virus was already there," Levine said, although she was able to remove her own 95-year-old mother from an unnamed personal care home.

White House press secretary Jen Psaki rebuked the claim that Levine's nursing home handling was similar to the controversy surrounding abashed former New York Governor Andrew Cuomo. However, instead of facing a scandal, Levine was nominated by Biden for assistant secretary of Health and Human Services and confirmed by the Senate.