BIDINFLATION: Thanksgiving meal set to be the most EXPENSIVE on record

After supply chain crunches and an undeniable increase in food costs, Americans are facing an huge increase in costs for their traditional Thanksgiving meals. 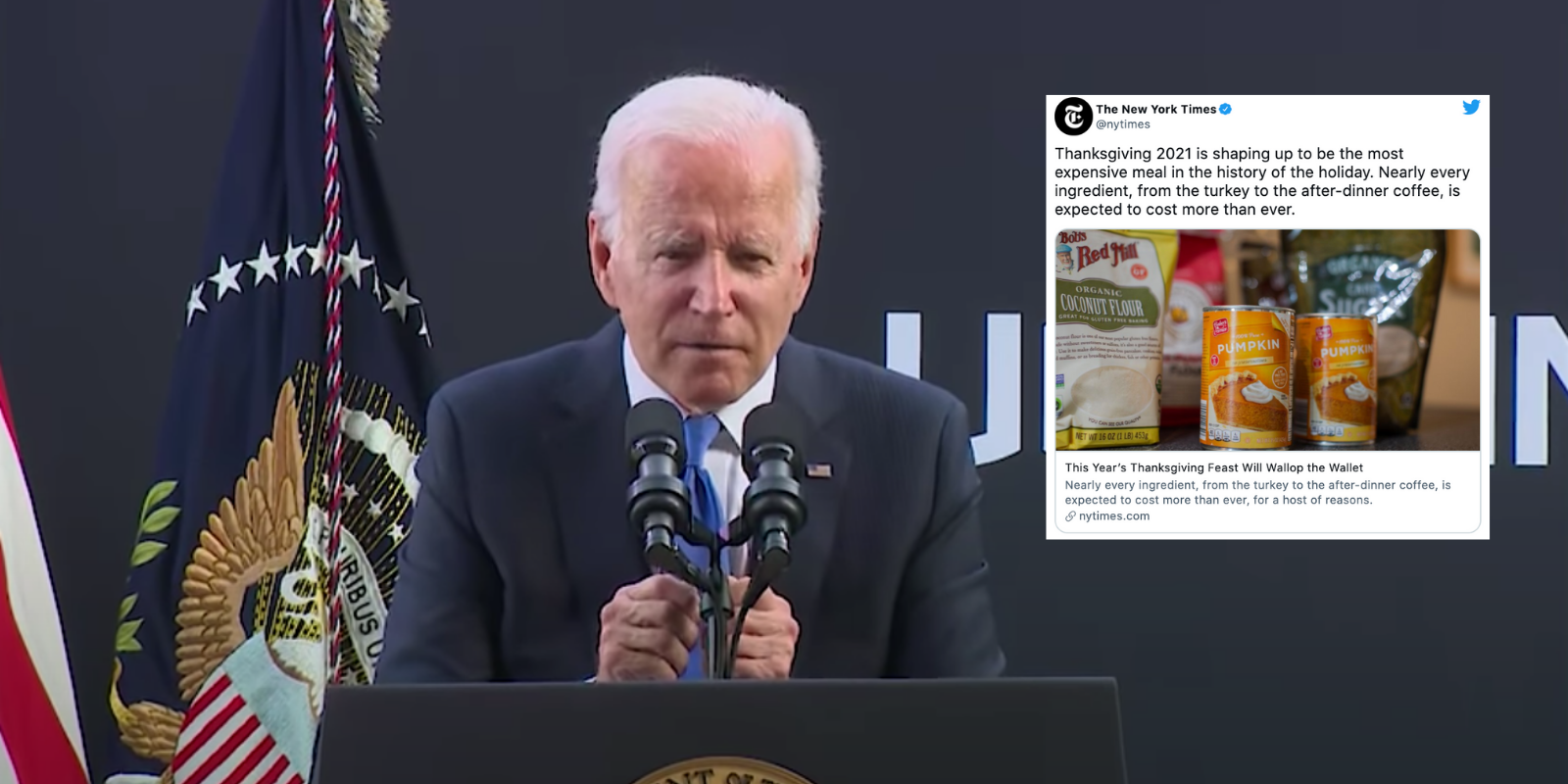 It has become clear that Americans' Thanksgiving dinners will be incredibly more expensive. than they were one year ago. After supply chain crunches and an undeniable increase in food costs, Americans are facing an huge increase in costs for their traditional Thanksgiving meals.

The New York Times reports that "Thanksgiving 2021 could be the most expensive meal in the history of the holiday."

Turkeys, canned pumpkin, vanilla, sweet potatoes, nearly everything that goes into the feast celebrating the United States will be more expensive. The Times spoke to a sweet potato seller in North Carolina who said that he's "never seen anything like it," and this from a guy who has "been running sweet potatoes for 38 or 39 years."

Norman Brown of Wada Farms in NC said  "I don't know what the answer is, but in the end it's all going to get passed on to the consumer."

Aluminum turkey roasting pans, coffee, and nearly everything else have increased in cost. But this year, turkeys are going to "hit record highs," according to the Times.

Labor shortages, high gas prices, inflation, and even weather have a roll to play in this disaster for American consumers. Meat prices are one of the biggest causes of the increased costs in the grocery checkout lines, up by 10.5 percent from just a year ago.

Prices have been rising under the Biden administrations' leadership, though the White House has been downplaying the problem substantially. Consumer indexes continue to show the increases, and for many Americans' the pinch to their pockets has been undeniable.

By June the inflation rate was the highest in nearly 13 years, and by October, it was reported that Americans are spending an additional $175 on basic costs. In September, the White House addressed these concerns, focusing on the increase in the cost of meat.

The Biden administration made an enormous deal about how Americans' July 4th barbecues were $0.16 less than they were in 2021.

The administration was widely mocked for their tweet touting this less than impressive decline in food costs. The Biden administration was so pleased with itself that they actually posted about how great it was that Americans would be saving $0.16 on their meals.