At some point during the commotion inside the courtroom, cockroaches that had reportedly been smuggled into the courtroom in plastic containers were released. 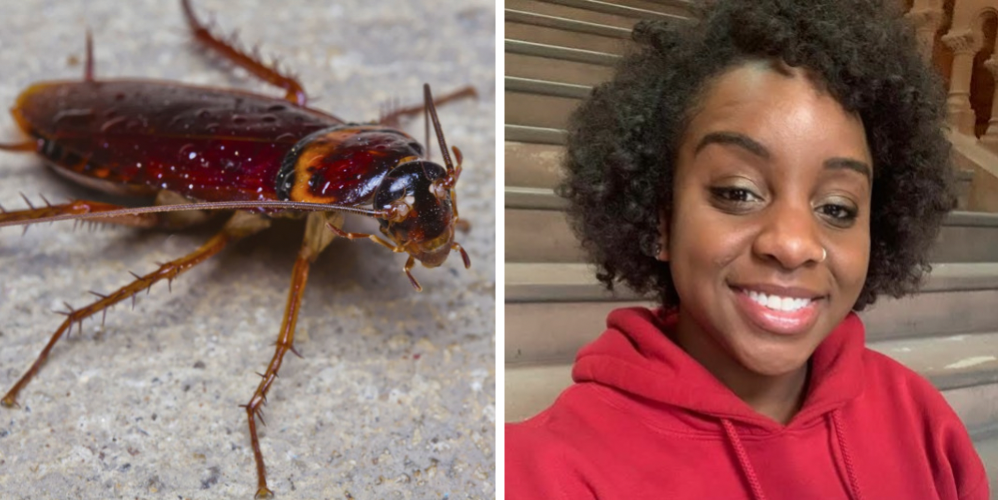 A prominent far-left activist that co-founded the Black Lives Matter chapter in Upstate New York was arrested after hundreds of cockroaches were released inside an Albany courthouse on Tuesday during a planned demonstration to disrupt an arraignment.

Clyanna Lightbourn, 34, has been charged with obstruction of governmental administration, tampering with physical evidence, resisting arrest and disorderly conduct, according to Albany PD. It is currently unclear who released the cockroaches into the courthouse.

During the arraignment of four activists, including Lighbourn, audience members began protesting inside of the courtroom, according to the Washington Times.

It was at this point that Lightbourn, who worked for the New York Senate Democratic Conference Services Office and is a statewide civil rights organizer for Citizen Action of New York, began filming the disruption with her phone.

Sources told the Washington Times that Lightbourn attempted to get her phone back from officers after it had been confiscated, and was subsequently arrested.

At some point during the commotion inside the courtroom, cockroaches that had reportedly been smuggled into the courtroom in plastic containers were released.

Lucian Chalfen, a spokesperson for the Albany Office of Court Administration, scolded the "criminal behavior" of the activists.

"What transpired is not advocacy or activism, it is criminal behavior with the intent to disrupt a proceeding and cause damage," Chalfen said in a statement.

Prosecution will be seeking restitution for the costs of the fumigation.

"Taxpayers shouldn't foot the bill for these actions," Chalfen said.

The disruption caused the court proceedings to be moved online and the District Attorney's Office disavowed Lightbourn's actions.

"While the incident remains under investigation, the Office of the District Attorney would like to emphasize that while the right to protest is protected, we oppose the disruption of court proceedings, and the apparent display of disrespect shown to the court," a statement from the Albany County District Attorney's Office read.

This is not the first time Lightbourn's actions have resulted in legal proceedings. She has a history of anti-police activism, particularly speaking out against the unarmed killing of black people and the mass incarceration of people of color.

The demonstration that resulted in Tuesday's arraignment happened last month when nearly a hundred demonstrators showed up to the New York state capitol in Albany to advocate for "housing justice."

Lightbourn was among the 44 individuals arrested by Albany police officers during the demonstration. 40 were arrested for disorderly conduct; and 4 for obstruction of governmental administration and resisting arrest.

Among those who were arrested at the May protest was Salka Valerio, who entered the building's inner corridors.

In 2019, Lightbourn attended an MSNBC Town Hall event in Sing Sing Correctional Facility with John Legend, Loretta Lynch, Senator Gianaris. This was the first Town Hall to take place inside a prison; where the activists conversed about "the harm, inequity and injustice driven by mass incarceration."