"Caleb Freestone, 27, and Amber Smith-Stewart, 23, engaged in a conspiracy to prevent employees of reproductive health services facilities from providing those services." 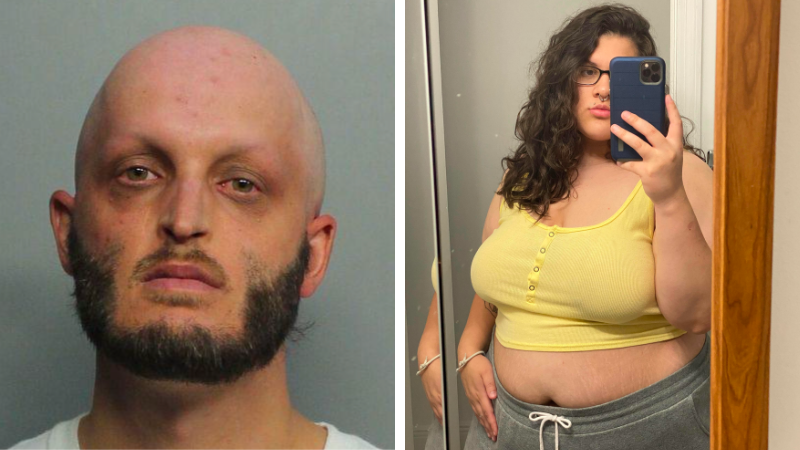 The Post Millennial
Jan 24, 2023 minute read
ADVERTISEMENT
ADVERTISEMENT
The Department of Justice has indicted two Florida residents on charges of a civil rights conspiracy for spray-painting threats on reproductive health services and for violating the FACE Act. If convicted, the two could face up to 12 years in prison, three years of supervised release, and up to $350,000 in fines.

The Grand Jury indictment from the Middle District of Florida "alleges that Caleb Freestone, 27, and Amber Smith-Stewart, 23, engaged in a conspiracy to prevent employees of reproductive health services facilities from providing those services."

"2 Members of #Miami #Antifa indicted by the feds for a string of Jane's Revenge related vandalism targeting pro life pregnancy centers in 2022 Caleb Freestone and Amber Smith-Stewart are both charged with Civil Rights Conspiracy and violating the FACE act," Antifa watch reported.

"According to the indictment, as part of the conspiracy, the defendants targeted pregnancy resource facilities and vandalized those facilities with spray-painted threats. According to the indictment, Freestone and Smith-Stewart, and other co-conspirators, are alleged to have spray painted threats," the DOJ said, which included those reported by the Winter Haven facility.

The Winter Haven facility, in Polk County, experienced vandalism in June, after the Supreme Court's reversal of the 1973 Roe v Wade decision was announced. The graffiti sprayed on the LifeChoice Pregnancy Center read "Your time us up," "We're coming for U," and "Jane's revenge," local outlet The Ledger reported at the time, as well as "If abortions aren’t safe than niether [sic] are you" and "We are everywhere."

Grafitti reading "Jane's revenge" was sprayed across many pregnancy centers across the country over the summer. It first came to the fore after a draft decision of the overturning of Roe was leaked from the Supreme Court. Shortly after that leak, pro-abortion militants calling themselves Jane's Revenge declared that there would be 30 days of patience and mercy, after which mayhem would begin.


"Your thirty days expired yesterday," they stated in an open letter proffered on June 15. "We offered an honourable way out. You could have walked away. Now the leash is off. And we will make it as hard as possible for your campaign of oppression to continue."

The announcement of the indictment was made by Assistant Attorney General Kristen Clarke of the Justice Department’s Civil Rights Division, U.S. Attorney Roger B. Handberg for the Middle District of Florida and Assistant Director Luis Quesada of the FBI Criminal Investigative Division.

The case will be prosecuted by Assistant U.S. Attorney Lisa Thelwell for the Middle District of Florida and Trial Attorneys Sanjay Patel and Laura-Kate Bernstein of the Civil Rights Division’s Criminal Section.

The case was investigated by the FBI Tampa Field Office, with help from the Miami Police Department.
ADVERTISEMENT
ADVERTISEMENT
janes revenge fla