Lia Thomas, a biological male who competes on the UPenn women's swim team after taking estrogen for more than 30 months, has placed first in the NCAA women's 500 freestyle. 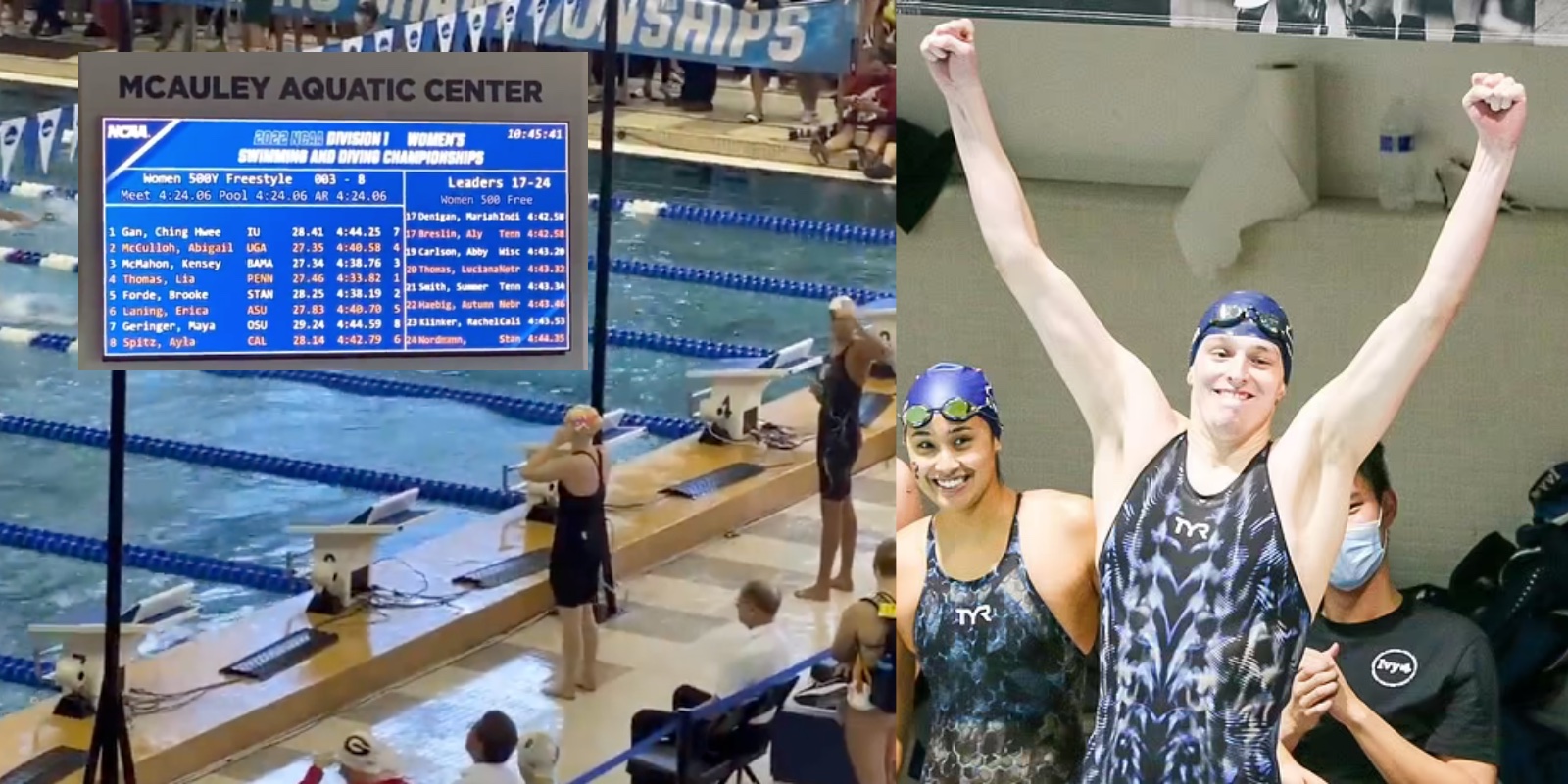 Lia Thomas, a biological male who competes on the UPenn women's swim team after taking estrogen for more than 30 months, has placed first in the NCAA women's 500 freestyle prelims. The finals are tonight.

Thomas has been dominating women in the pool for months. Thomas recently was named the Ivy League women's swimming champion.

The win was captured by Savannah Hernandez, reporting from the NCAA swimming championships in Atlanta, Georg. on Thursday. Thomas won by 3 seconds. "It was brutal to watch," Hernandez told The Post Millennial.

It was no surprise to those present that Thomas won, since Thomas' height, strength, arm length, male muscle mass and bone density gave Thomas a unique advantage over the women competing in the race.

Thomas was permitted to play despite US Swimming changing the rules of competition for biological males who wish to compete as women, saying that those biological males would need to take estrogen as a means to suppress their testosterone levels for 36 months prior to competition. The NCAA, which had initially deferred to US Swimming, said that wouldn't be fair to Thomas, who had not been taking estrogen for that long at the time of competition.

Thomas' teammates, and their parents have spoken out against Thomas' participation on the women's swim team, saying that because Thomas is male, and it's a women's swim team, Thomas should not be on it. These parents and teammates have spoken on condition of anonymity out of fears that their claims that biological males who say they are women compete unfairly against women will penalize them, or their daughters.

Thomas has stated that Thomas would like to compete for the US Olympic women's swim team. "I am a woman," Thomas said, despite being a biological male in every conceivable way.

A teammate of Thomas' said that women "are being discriminated against" by Thomas' inclusion in women's competition, and by the inclusion of other biological males in women's athletic competition. The teammate claims that it's not fair.