"It is my duty to suspend people from office when there is clear evidence of incompetence, neglect of duty, misfeasance or malfeasance," said DeSantis. 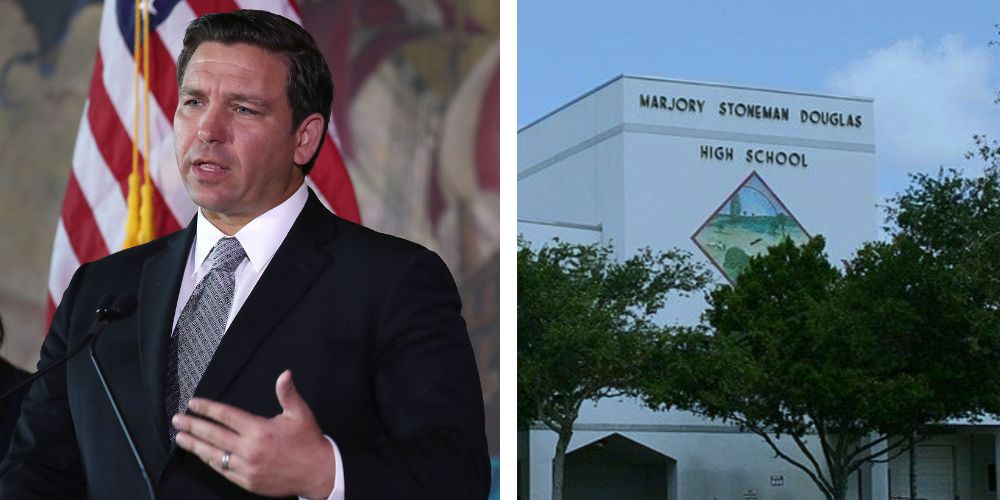 On Friday, Governor Ron DeSantis announced that he would be suspending four members of the Broward County School Board for their "incompetence, neglect of duty, and misuse of authority" at Marjory Stonemason Douglass High School.

In a press release, the governor’s office stated that Patricia Good, Donna Korn, Ann Murray and Laurie Rich Levinson had been suspended following the recommendations of the Twentieth Statewide Grand Jury. DeSantis has been particularly active in education, going as far as endorsing school board members in their races across the state, and enacting laws on curriculum transparency and parental rights.

"Even four years after the events of February 14, 2018, the final report of the Grand Jury found that a safety-related alarm that could have possibly saved lives at Marjory Stoneman Douglas High School 'was and is such a low priority that it remains uninstalled at multiple schools,’ and 'students continue to be educated in unsafe, aging, decrepit, moldy buildings that were supposed to have been renovated years ago,’" the press release states.

"These are inexcusable actions by school board members who have shown a pattern of emboldening unacceptable behavior, including fraud and mismanagement, across the district," the press release continued.

"It is my duty to suspend people from office when there is clear evidence of incompetence, neglect of duty, misfeasance or malfeasance," said DeSantis. "The findings of the Statewide Grand Jury affirm the work of the Marjory Stoneman Douglas School Safety Commission. We are grateful to the members of the jury who have dedicated countless hours to this mission and we hope this suspension brings the Parkland community another step towards justice. This action is in the best interest of the residents and students of Broward County and all citizens of Florida."

In their place, DeSantis has appointed Torey Alston, former Commissioner of the Broward County Board of County Commissioners and President of Indelible Solutions, Manual "Nandy" A. Serrano, member of the Florida Sports Foundation Board of Directors, Ryan Reiter, a US Marine Corps Veteran and Director of Government Relations for Kaufman Lynn Construction, and Kevin Tynan, Attorney with Richardson and Tynan, who previously served on the Broward County School Board and South Broward Hospital District, to take the suspended members’ places.

In February of 2019, the Twentieth Statewide Grand Jury was impaneled by the Florida Supreme Court following the fatal shooting at Marjory Stonemason Douglas High School where 17 people were killed.

The Statewide Grand Jury was requested to examine four issues, "including whether public entities and school officials committed fraud and deceit by mismanaging funds devoted to school safety," the governor’s office stated.

The final report from the jury found that these specific board members had mismanaged the SMART Program, a multimillion-dollar bond that was created to address school safety and renovation initiatives.

"The Statewide Grand Jury also found that the Board was aware of serious problems with the SMART Program, including former Superintendent Runcie’s inability or unwillingness to manage those problems, yet did not take action," the governor’s office stated.

The jury recommended the suspension of the four school board members, and had noted a fifth member, Rosalind Osgood, who no longer serves on the board and is therefore not subject to the Governor’s executive suspension authority.