Jack Posobiec was hit with a temporary Twitter lockout, the first since he reported on Hunter Biden's salacious laptop in 2020, after sharing links to buy T-shirts and stickers emblazoned with a Disney logo reading "Boycott Groomers." 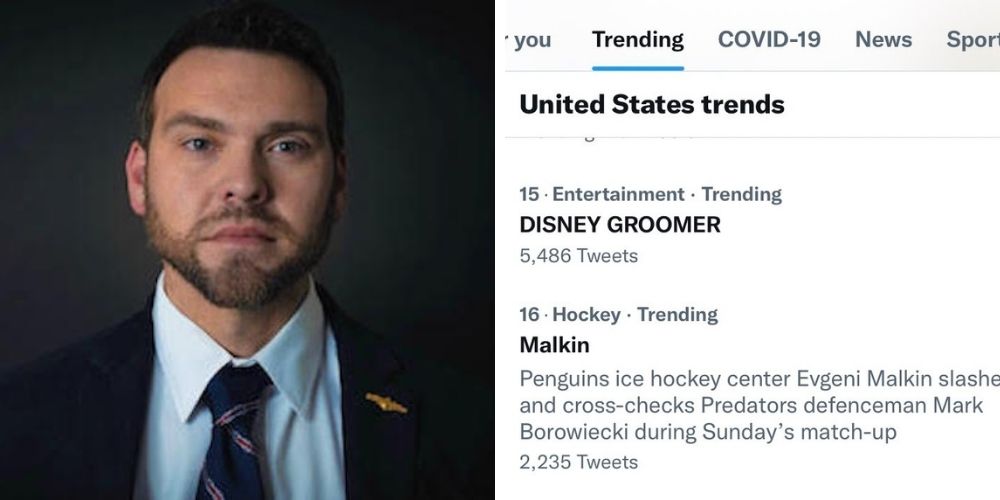 Trending at number 15, #DISNEYGROOMER swept the rug under the category "entertainment" which received over 5,400 tweets as of Sunday evening. Posobiec broke the news after his account was reinstated.

Pedophiles, to date, are not a protected class under any state or federal laws, but perhaps pedophiles, and their supporters at Disney, are protected by Twitter's hate speech policies.

It was branded by opponents as the "Don't Say Gay" though nothing in the bill, indicates that teachers or students are prohibited from saying "gay." or talking about families with same-sex parents.