On Thursday, Republican Pennsylvania gubernatorial candidate Doug Mastriano slammed Democratic rival Josh Shapiro over his refusal to stand up against the "grooming" of children. 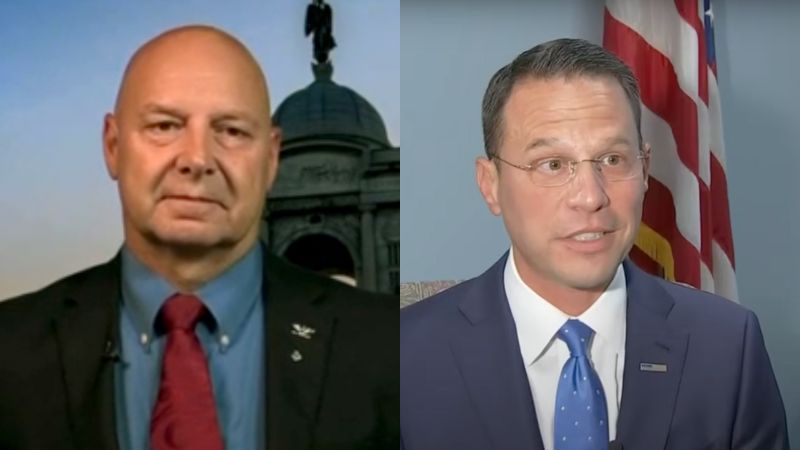 On Thursday, Republican Pennsylvania gubernatorial candidate Doug Mastriano slammed Democratic rival Josh Shapiro over his refusal to stand up against the "grooming" of children.

Speaking with Real America's Voice host David Brody, he specifically called Shapiro out for failing to speak out against the experimentation on foster children being conducted by doctors associated with Children's Hospital of Philadelphia.

"Is Shapiro complicit in this grooming we hear about?" Brody asked.

"He sure is," Mastriano answered bluntly.

"On top of all this," the Republican added, "he's standing aside while the CHOP is grabbing homeless kids and kids in foster care, apparently, and experimenting on them with gender transitioning, something that's irreversible."

Mastriano has long been critical of the gender ideology and the medicalized gender transitions of children, and in September he proposed a bill that would ban pediatric gender transition surgeries altogether in Pennsylvania.

Mastriano's comments were decried by the left, with some suggesting he was making "wild accusations."

Proof that CHOP received referrals from homeless shelters and the foster care system was available over two years ago, and in June, a political action committee that had previously awarded CHOP an award for excellence in LGBTQ+ healthcare endorsed Shapiro for governor, calling his track record on trans rights "exemplary."

In September, a video emerged on Twitter of the co-founder of the CHOP gender clinic, Nadia Dowshen, admitting in 2020 that the clinic receives referrals of children to their program from the foster care system and from homeless shelters.

"We are really getting referrals from a variety of resources," Dowsen explained. "We're also getting a lot more referrals from other institutions … Sometimes from within the foster care system, the mental health system, through homeless shelters for youth."

Children and teens in these systems are often wards of the state, and thus do not have parents or guardians to guide them, making them vulnerable to making life-altering decisions without the necessary pushback.