BREAKING: James Lindsay is back on Twitter after reversal of permanent ban

"I don't know how I feel about this," Lindsay told The Post Millennial when asked about the reinstatement. "I don't think platforms like Twitter should be where the big conversations happen, but we have to work with the world as it is." 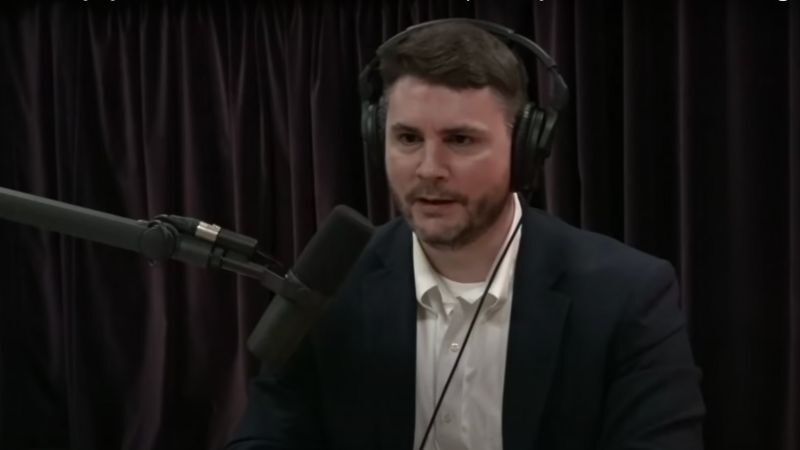 Author, mathematician, and cultural critic Dr. James Lindsay has been reinstated on Twitter on Monday, following several other high-profile figures being brought back to the platform under owner Elon Musk.

"I don't know how I feel about this," Lindsay told The Post Millennial when asked about the reinstatement. "I don't think platforms like Twitter should be where the big conversations happen, but we have to work with the world as it is. Also, they need to free Dr Rollergator."

Dr. Rollergator is an internet figure who analyzes "media narratives and power politics" according to his YouTube channel.

Lindsay was first locked out of Twitter in May for writing "The scientific name for long covid is vaccine injury" and posting information critical of government officials' narrative on Covid. He was then permanently banned for "hateful conduct."

Lindsay spoke with Jack Posobiec in August about the ban from Twitter, especially as it related to his use of the phrase "Okay, Groomer."

Lindsay's temporary suspension from Twitter started on July 21. Media Matters 'journalist' Ari Drennan had written a piece deriding Lindsay and others for their defense of children against indoctrination in radical gender ideology. Lindsay posted a reply on Twitter to Drennan simply saying, "Okay, Groomer" and was suspended on the charge of "hateful conduct."

On August 5, Lindsay was permanently banned for what Twitter says was promoting "violence against, threaten, or harass other people on the basis of race, ethnicity, national origin, sexual orientation, gender, gender identity, religious affiliation, age, disability, or serious disease."

Posobiec asked Lindsay about "Linguistic Warfare" (4:24) and how the left, who will seemingly change the definitions of words such as 'racism,' 'white supremacy,' and even 'woman' overnight suddenly became very essentialist over the phrase 'groomer."

Lindsay answers that the Left knows the term groomer has a "negative pejorative connotation" connected to both pedophilia and cult grooming. Tagging adults who prey on children with trans pedagogy and radical gender theory upsets the left because they know they're "not gonna be able to get it off of them. Because it's true."