"What now you're telling me right here is that as the Assistant Director of FBI Cyber, you don't know where this is, after it was turned over to you three years ago?" 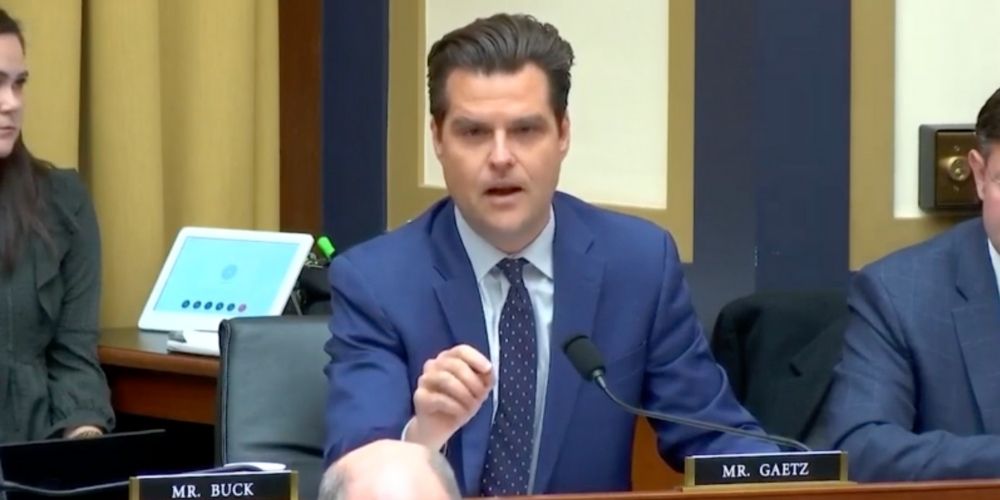 Florida Representative Matt Gaetz entered into the US House Judiciary Committee records the contents of Hunter Biden’s laptop as well as a receipt from Mac’s Computer Repair, where the laptop had been dropped off, that evidenced the FBI taking possession of the laptop in December of 2019.

"Still, the FBI Cyber Assistant Director testified that after three years in possession of the Laptop, no assessment had been made," a release from Gaetz's office states.

Gaetz pressed FBI Assistant Director for the Cyber Division Bryan Vorndran in a Tuesday committee meeting on whether the laptop created cyber vulnerabilities for the country.

Vorndran stated that he does not know the current location of the laptop, or whether outside actors like Russia were using the laptop’s contents to compromise the First Family. He also stated that the reason he was appearing before the committee that day was not to discuss the laptop, but rather the FBI cyber program.

"I don’t know who has it," said Vorndran.

"What now you're telling me right here is that as the Assistant Director of FBI Cyber, you don't know where this is, after it was turned over to you three years ago?" Gaetz said.

"How are Americans supposed to trust that you can protect us from the next Colonial pipeline if it seems you can’t locate a laptop that was given to you three years ago from the First Family, potentially creating vulnerabilities for our country?" Gaetz asked.

"Sir, it's not in the purview of my investigative responsibilities," Vorndran said.

"But that is shocking that you wouldn’t, as the Assistant Director of Cyber, know whether or not there are international business deals, kickbacks, shakedowns, that are on this laptop that would make the First Family suspect to some sort of compromise," said Gaetz.

Gaetz also introduced a House Resolution that would strip security clearances for the 51 intelligence officials that signed a letter declaring the contents of Hunter Biden’s laptop as "Russian disinformation" shortly after the story broke in October of 2020.

The "Spook Who Cried Wolf Resolution" states that  "the 51 signatories of the letter who publicly and falsely decried Hunter Biden’s laptop to be Russian disinformation should be barred from holding any level of security clearances indefinitely."

The Hunter Biden laptop story was brought back to the forefront earlier this month after The New York Times states that it had authenticated the emails found on the Biden son’s laptop that was abandoned in a Delaware computer repair shop in April of 2019.

On October 19, 2020, just days after the New York Post broke the story regarding the "massive trove of data recovered from a laptop computer," 51 current and former intelligence officials signed and released a statement called a "Public Statement on the Hunter Biden Emails" disregarding the findings as "Russian disinformation.

Since then, four of the 51 officials have stood by their initial support of the letter.