"You're going to reelect Ron DeSantis as your governor of your state. And you're going to elect an incredible slate of true mega warriors to Congress, many of whom are here right now." 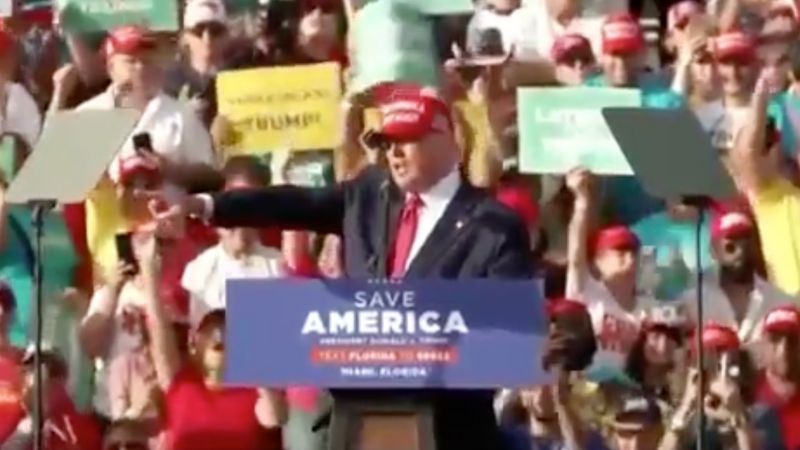 Speaking at a rally in Florida in the lead up to the midterms on Tuesday, former President Donald Trump announced Florida Governor Ron DeSantis would be re-elected and was met with resounding cheers from the crowd.


During the rally Trump asked, "Who happens to be Hispanic?" and was met with cheers and chants of "We love you!"

Trump pressed the importance of voting on November 8 and said, "This Tuesday you have to crush the communists at the ballot box."