A Project Veritas journalist in raincoat and PPE approached Stelter in the hallway of a New York City high-rise. 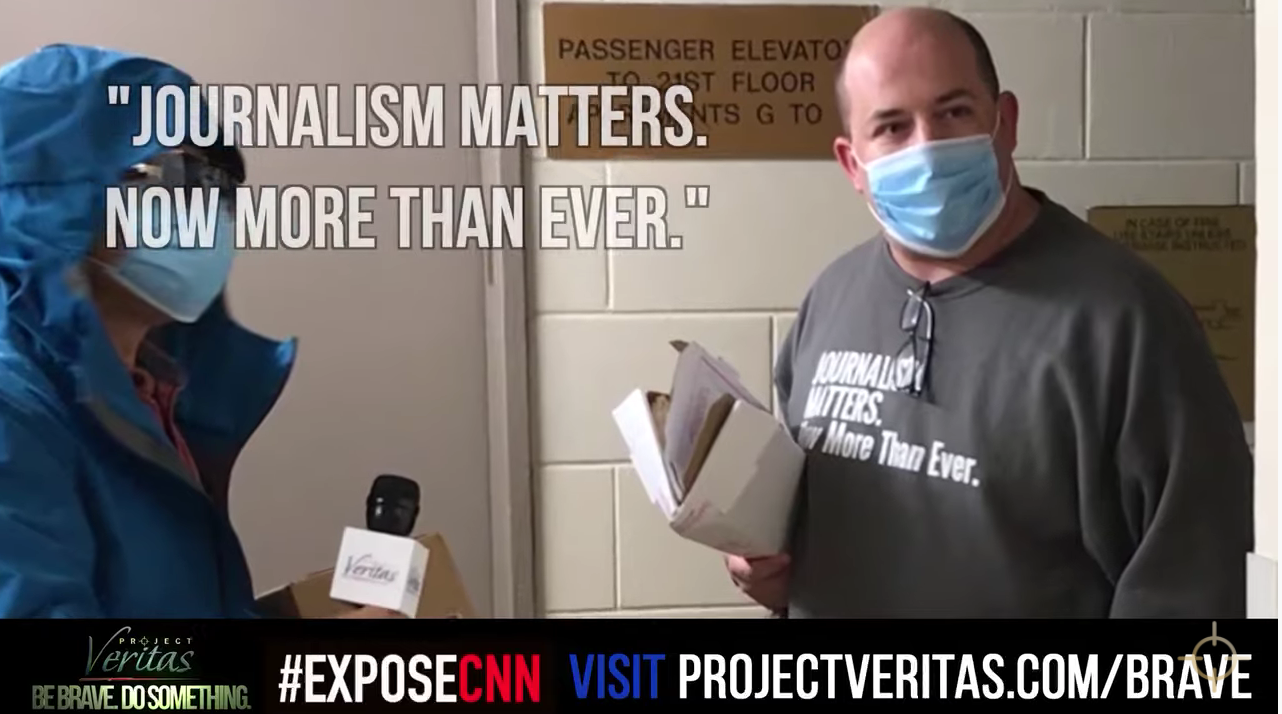 Project Veritas confronted CNN's Brian Stelter to find out what the anchor thinks about the recent revelations that CNN's technical director was intentionally engaging in political propaganda.

A Project Veritas journalist in raincoat and PPE approached Stelter in the hallway of a New York City high-rise.

Project Veritas' intrepid reporter was referring to the hidden camera videos that Project Veritas released this week that showed CNN's Technical Director admitting that the network's coverage of anti-Asian crimes committed by black people were covered differently due to a desire to not "set back" the BLM movement.

Chester also admitted that CNN used the fear of COVID to drive ratings, and that the outlet spread propaganda during the 2020 election season to boost Joe Biden.

As the journalist approaches Stelter, he asked "Does fear sell?"

"Is Charlie Chester still employed at CNN?" He asks Stelter, who is wearing a shirt emblazoned with the phrase "Journalism Matters More than Ever" shirt.

"Mr. Stelter, we have a few more questions," he asks, as Stelter walks away. "Do you report any news that Jeff Zucker doesn't directly tell you to report?"

"I feel reall bad for you," Stelter replies after a barrage of questions that he refuses to answer, complete with frustrated glances at the camera.

"Why do you feel bad for me?" The journalist responds. "We're journalists."

"Okay," Stelter says, and instructs them to leave, as does a security guard who escorts Project Veritas from the building.

Following the release of these videos, Project Veritas founder James O'Keefe was suspended from Twitter. He has said that he intends to sue the platform.