“No one else is going to help us, unless we make them help us.” 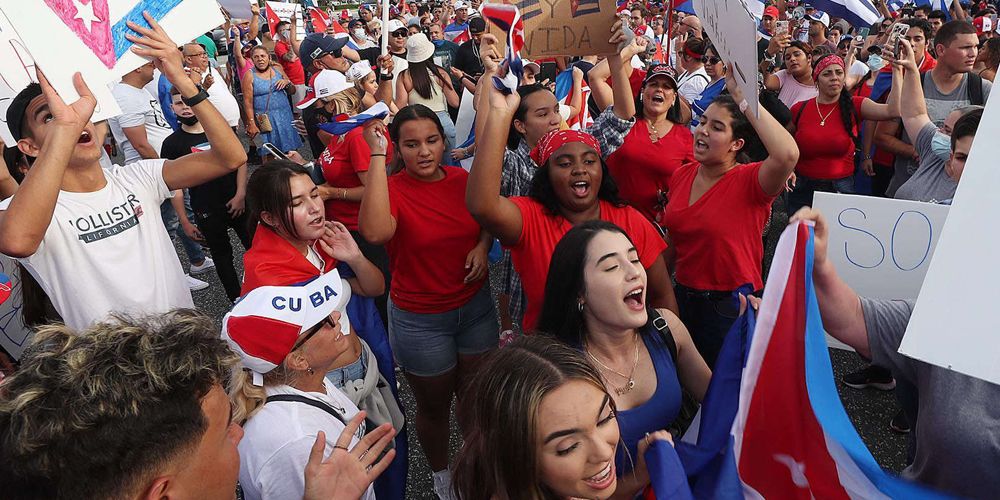 Members of the Florida Cuban community are boarding planes and riding buses to rally in DC this Saturday, 5 PM, in front of the White House. Their stated mission is to raise awareness in Washington for the ongoing plight in the island country.

According to local station WSVN, Marble Server of Miami came to Washington to join protesters. “Help us free Cuba. We’re asking for intervention, humanitarian intervention. Military intervention is what we’re advocating for. People here have one message, and that is to be heard, to be helped, and we need to bring this regime down.”

Their demand is to get the Biden administration to become more active in their retaliation against the ruling regime in Cuba. White House Press Secretary Jen Psaki was initially too reluctant to even say the word “Communism” to reporters, only calling it out as of yesterday.

DHS Secretary Mayorkas told Cuban refugees they wouldn’t be welcome to the United States despite the administration’s track record at the US - Mexico border.

A video posted earlier today by a Hispanic reporter showed the protest groups boarding buses to travel to Washington DC this weekend.

“Cuban exiles depart from Miami to a protest this Saturday at the embassy of Cuba in Washington and at 5 PM in front of the White House.”

A piece by the Miami Herald says nearly 300 people boarded the vehicles for the trip. They say the intention is to raise awareness for the Cuban cause.

“My mother’s been crying for a week every time she watches the news, but she couldn’t be here because I have a little sister,” 21-year-old Gabriela Lastra told the outlet. She came to the United States from Cuba at age 3.

“No one else is going to help us, unless we make them help us.”

A previous protest back on Wednesday took place in Miami, Florida. It was there that protesters who demanded President Biden respond to the Cuba situation blocked a highway.

Those protesting made it clear this week they’re speaking out against the Communist regime in the country, amid claims saying otherwise.

A clarification seemingly made necessary, as in terms of American activist response, Black Lives Matter condemned the United States for ongoing sanctions against the country (the BLM Twitter account also mourned the death of Fidel Castro).

Florida Governor DeSantis urged Biden to bring internet access to the island of Cuba so the public could speak freely again on the international stage. With online communications severely restricted in the country, efforts to workaround this via radio were also reportedly sabotaged by jamming technology.