TMTG announced that it has "entered into a wide-ranging technology and cloud services agreement with Rumble Inc." 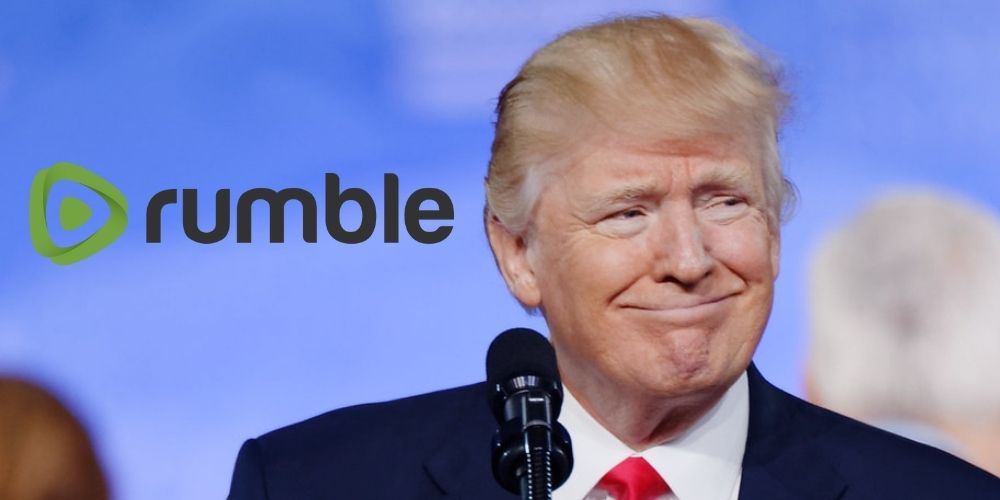 On Tuesday, the Trump Media & Technology Group (TMTG) announced details into their business partnership with the video platform Rumble.

In a press release, TMTG announced that it has "entered into a wide-ranging technology and cloud services agreement with Rumble Inc."

"As part of the partnership, Rumble will deliver video and streaming for TRUTH Social. TMTG and Rumble are also in exclusive negotiations for Rumble to provide infrastructure and video delivery services for TMTG's Subscription Video On-Demand product, TMTG+," the press release continued.

As part of the business partnership, Rumble will reportedly be providing video and streaming for TRUTH Social, which former President Donald Trump states is meant to act as "a rival to the liberal media consortium" to "fight back against the 'Big Tech' companies of Silicon Valley, which have used their unilateral power to silence opposing voices in America."

"As part of our mission, TMTG continues to align with service providers who do not discriminate against political ideology. Therefore, I have selected the Rumble Cloud to serve as a critical backbone for TMTG infrastructure. TMTG has already launched Truth Social on the Rumble Cloud for invited guests only, and the initial Beta launch has been excellent. America is ready for TRUTH Social, and the end to cancel culture," said Trump on the announcement.

"Rumble is excited to provide technology and cloud services to TMTG. We continue to build the infrastructure to deliver a free, open, and neutral internet. Rumble was designed to be immune to cancel culture, and we are at the forefront of a movement that believes everyone benefits from access to a neutral platform that hosts diverse ideas and opinions," Chris Pavlovski, the Founder and Chief Executive Officer of Rumble, said.

The announcement comes the same day that Rumble stated it has terminated its business relationship with Unruly Group and Tremor International after the group attempted to censor radio and Fox News host Dan Bongino.