South Dakota Governor Kristi Noem has announced that her state will join those that have disallowed biological males from competing in women's athletics. 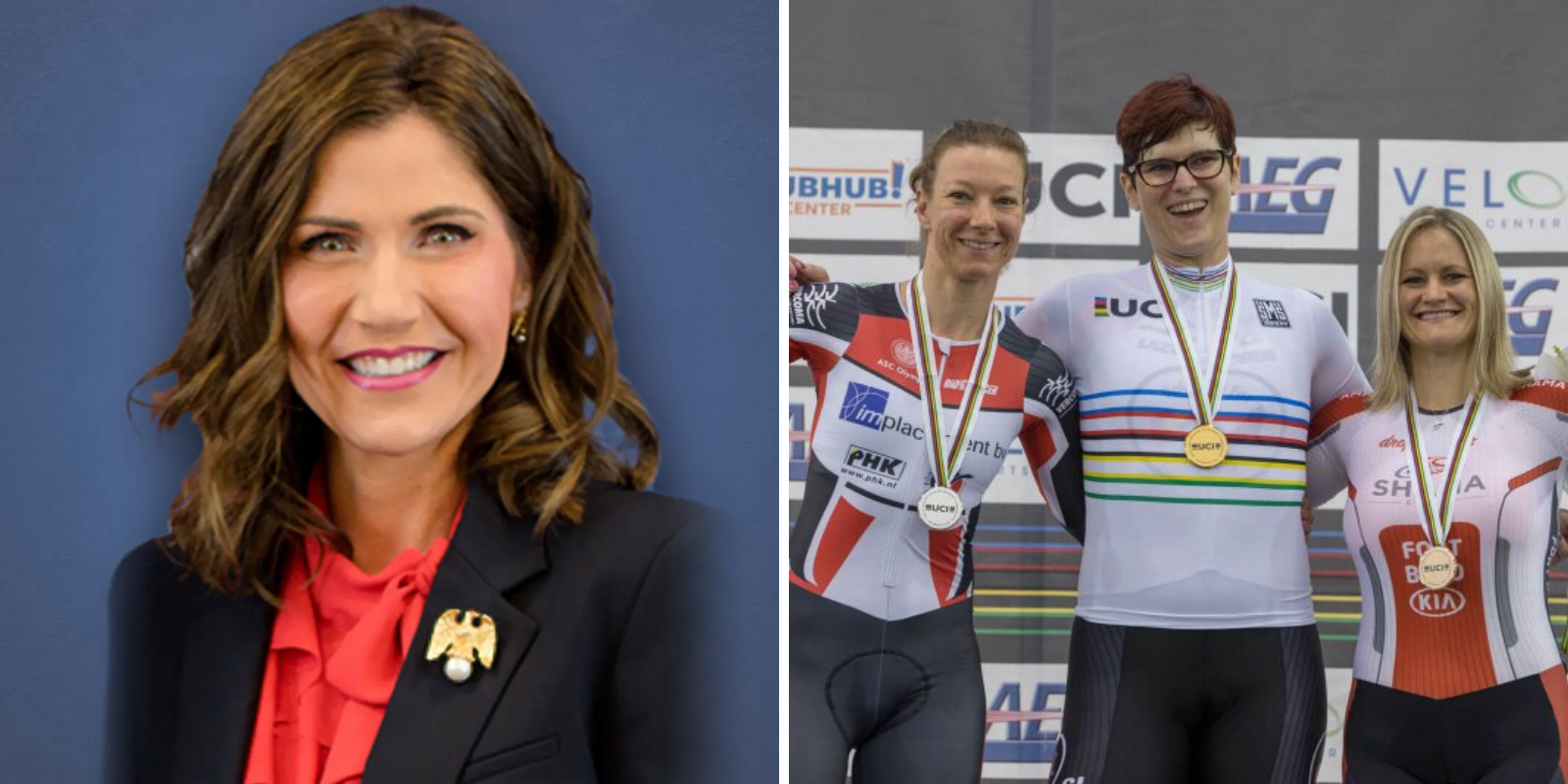 South Dakota Governor Kristi Noem has announced that her state will join those that have disallowed biological males from competing in women's athletics.

The South Dakota Senate passed the Women's Fairness in Sports bill with a 20-15 vote, which means  it is heading to Noem's desk for her signature.

South Dakota joins a few other states that have instituted a ban on male-bodied persons who identify as transgender competing against women and girls, and winning championships in place of those biological women who would otherwise be top in their fields.

This pushback is a reaction to President Joe Biden's executive order "Preventing and Combating Discrimination on the Basis of Gender Identity or Sexual Orientation," which was intended to equate gender identity with biological sex, making the two indistinguishable from a policy and education perspective.

Alabama recently voted to make it a felony to perform hormone therapy and surgery on non-adults. The vote passed with flying colors, 23 to 4 in favor of approving the measure, called the Vulnerable Child Compassion and Protection Act.

In Mississippi, a bill banning anyone other than biological females from women's sports is one small step from being made law, passing the State House by a similarly wide margin of 81-28. The bill will now go to Gov. Tate Reeves, who is also expected to sign it without incident.

Idaho also bars transgender identified males from participating in women's sports, with a law passed there in July 2020. Idaho has also banned trans identified people from changing the sex listed on their birth certificates.

Other states have tried to make laws that would allow women and girls to compete athletically against only other women and girls. In Montana, that legislation failed by a narrow margin.

In Connecticut, biological males who identify as transgender are permitted to compete against women and girls, and high school, female athletes have brought suit against the state alleging a violation of their rights under Title IX of the civil rights code.