The music video "pays tribute to the brave journalistic practices of a number of honorable reporters including Taylor Lorenz, Chris Cuomo, and Don Lemon." 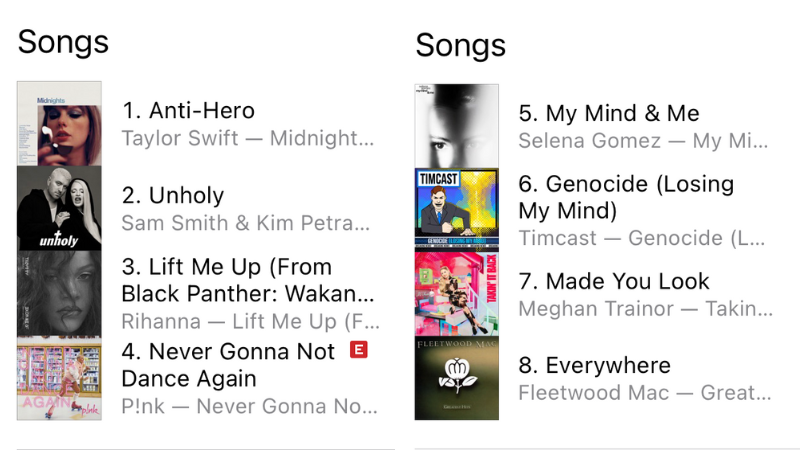 In the music video for "Genocide (Losing My Mind)" by Pool and Trash House records, the Timcast IRL host portrayed a television anchor talking to deepfakes of mainstream media figureheads, including Rachel Maddow, Don Lemon, and Jake Tapper along with the two aforementioned "journalists." Instead of spewing their usual drivel, the talking heads appeared to be lip-syncing the anti-establishment lyrics.

"We follow, we follow until it's our turn to die. We're slowly marching to our suicide instead of living tell me what to do instead of dreaming let me die for you," sang Pool, as headlines like "LOCKDOWNS ARE FOR YOUR OWN GOOD" and "BIG PHARMA HAS YOUR BACK" were displayed.

The song's lyrics appear to describe the impact of media propaganda and political polarization, as Pool and the edited faces of mainstream correspondents urged listeners to "break free from controlled reality."

"We're marching, we're marching to the beat of genocide. We're killing at the whims and tides of a nation fractured at the seams. Breaking apart for the world to see. Break free from controlled reality and fight your way from this to get away from it."

In a press release, Pool facetiously said he "applauds" Lorenz and Cuomo for "journalistic integrity."

The music video "pays tribute to the brave journalistic practices of a number of honorable reporters including Taylor Lorenz, Chris Cuomo, and Don Lemon," the press release says.

Earlier this year, Lorenz made headlines for harassing conservative journalist Libs of TikTok's family at their home, after crying over online harassment.

Last December, Cuomo was fired from CNN after it was revealed that he attempted to aid his brother, former New York governor Andrew Cuomo, defend against sexual harassment allegations.

In September, CNN's Lemon came under fire for attempting to blame Hurricane Ian on climate change, which was shut down live on air by National Oceanic and Atmospheric Administration (NOAA) Acting Director of the National Hurricane Center Jamie Rohme.

In a statement, Pool said, "Our goal was to highlight just how important the national media is in rallying support for foreign intervention and safety lockdowns. If it wasn't for these great heroes of national media, we would have never liberated Iraq and Afghanistan and untold millions could have died without support for strict lockdowns."

"Libya today is a shining example of the great work our national media does to ensure peace and prosperity around the world," he added, referencing the 2011 NATO-led coalition that invaded Libya, resulting in war crimes against civilians.

"If the fascists had their way, people would have visited their loved ones as they were dying in hospitals, making the pandemic much, much worse," Pool said.
ADVERTISEMENT
ADVERTISEMENT
timcast vid