"In the interest of TRANSPARENCY, I call for the immediate release of the completely Unredacted Affidavit pertaining to this horrible and shocking BREAK-IN." 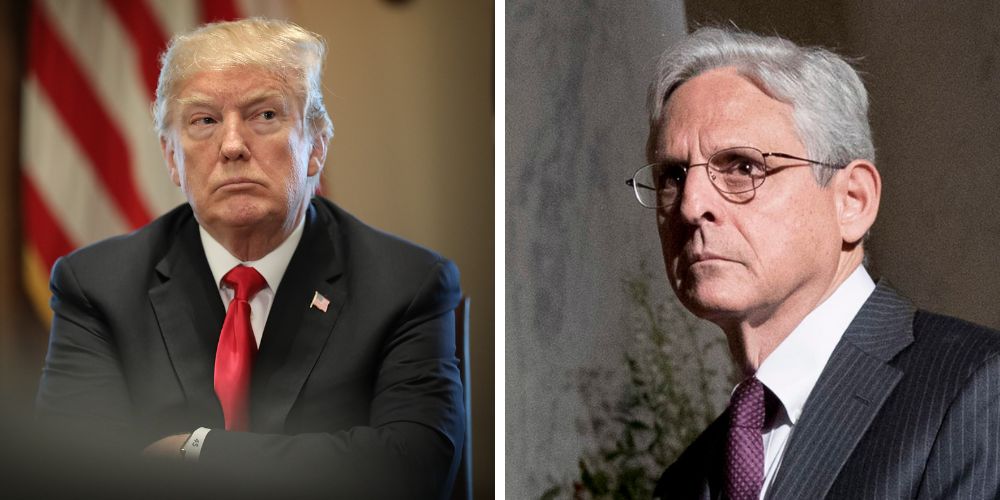 In a late night post on Truth Social, former President Donald Trump called for the immediate release of the "completely unredacted" affidavit concerning the warrant that led to the FBI's August 8 raid on Trump's estate at Mar-a-Lago.

Trump wrote, "There is no way to justify the unannounced RAID of Mar-a-Lago, the home of the 45th President of the United States (who got more votes, by far, than any sitting President in the history of our Country!), by a very large number of gun toting FBI Agents, and the Department of 'Justice.' But, in the interest of TRANSPARENCY, I call for the immediate release of the completely Unredacted Affidavit pertaining to this horrible and shocking BREAK-IN."

Trump added that "The Judge on this case should recuse!"

Trump's post comes after the Department of Justice requested on Monday that a Florida judge keep the affidavit sealed.

According to New York 1, Merrick Garland's Justice Department wants to keep the affidavit portion sealed "to protect the integrity of an ongoing law enforcement investigation that implicates national security."

According to the 13-page filing, "If disclosed, the affidavit would serve as a roadmap to the government’s ongoing investigation, providing specific details about its direction and likely course, in a manner that is highly likely to compromise future investigative steps."

"The fact that this investigation implicates highly classified materials further underscores the need to protect the integrity of the investigation and exacerbates the potential for harm if information is disclosed to the public prematurely or improperly."

The warrant enabled more than 30 federal agents to raid Trump's Florida home on the belief that Trump and his team had not returned all documents that are deemed government property under the Presidential Records Act, specifically materials related to the National Archives and Records Administration.

According to the DOJ, "Disclosure of the government’s affidavit at this stage would also likely chill future cooperation by witnesses whose assistance may be sought as this investigation progresses, as well as in other high-profile investigations."

The DOJ added while confirming that it has no objections to other information related to the warrant being released, "There remain compelling reasons, including to protect the integrity of an ongoing law enforcement investigation that implicates national security, that support keeping the affidavit sealed."

The request to view the information was filed in the US District Court for the Southern District of Florida by various media groups.

The decision now returns to the magistrate judge.