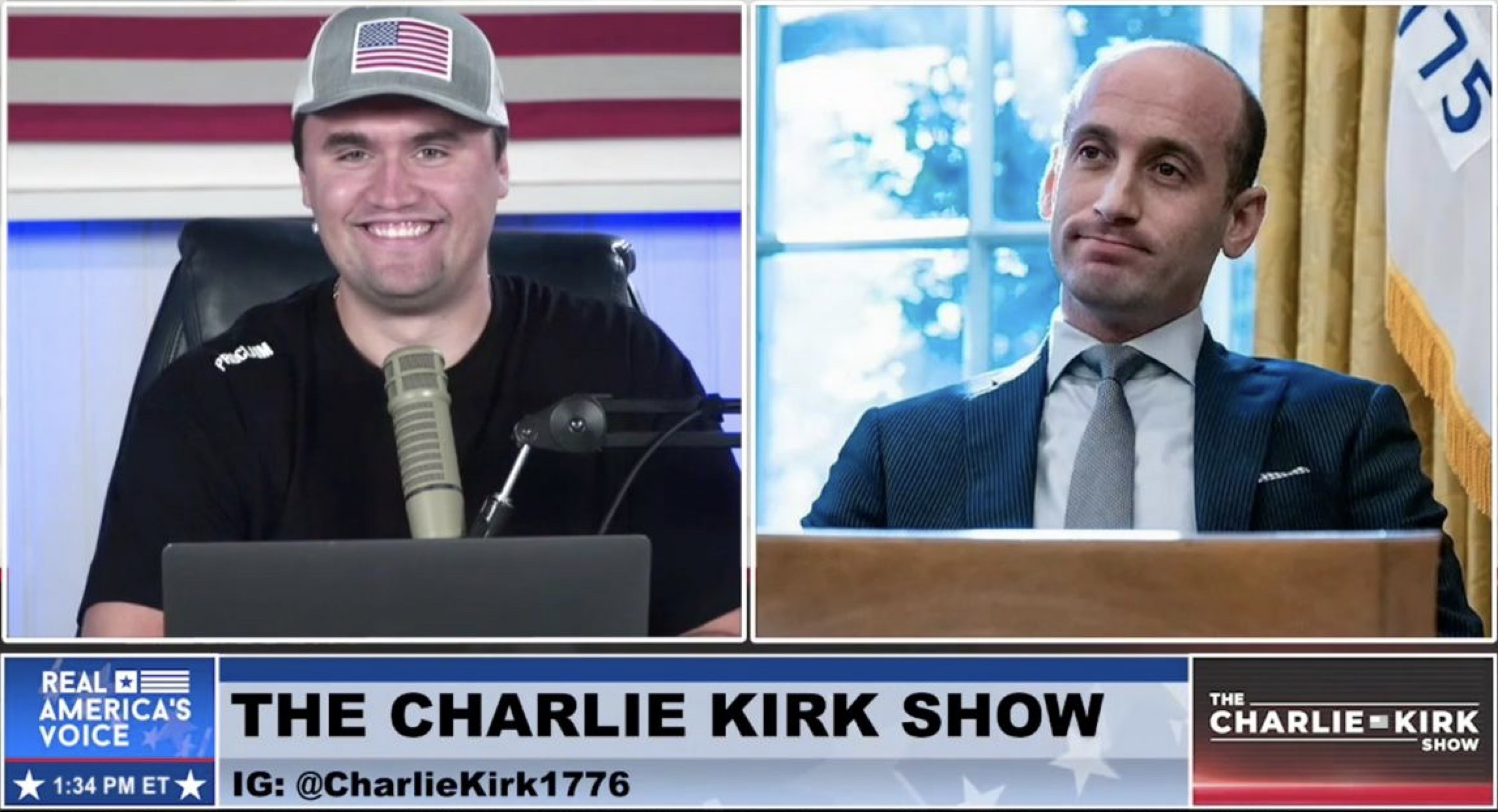 The AFL’s Center for Legal Equality team of pro-bono lawyers will help TPUSA students to take legal action against so-called "diversity, equity, and inclusion" hiring and educational practices. Miller spoke to Kirk on Monday about the new initiative.

Stephen Miller, a former senior advisor to President Donald Trump, said in the statement, "D.E.I. is simply a euphemism for a radically reductive and discriminatory ideology that judges, regards, categorizes, defines, and excludes people based solely on their skin color, sex, or sexual orientation. We at America First Legal are extraordinarily proud to partner with Charlie Kirk and Turning Point USA to fight back."

"Our students represent the frontlines in the battle for the future of America, and whether or not we will continue to be a nation where all of us have equal value and dignity under the law," Kirk said in the statement and continued, "Partnering with Stephen and AFL gives our students the opportunity to rebalance these corrupt institutions and win in the court of law."

While the DEI movement has captured many American institutions, ranging from entertainment to the military, it has gained monolithic control in the realm of education, especially at elite schools.

The DEI philosophy, which perpetuates racism for the sake of relevance and top down institutional control, has finally come under scrutiny as more and more Americans discover what it really is.

Turning Point USA an America First Legal are uniting to give students recourse to combat the discrimination they're facing on a daily basis.

Kirk and Miller give a contemporary example of DEI in action by naming "Morgan Stanley, which offers an internship called the 'Freshman Enhancement Program.' It is described as a program 'designed to help diverse rising sophomores in college gain a better understanding of various businesses and career paths Morgan Stanley provides.' However, according to Morgan Stanley, the 'Skills and Qualifications' for this internship stipulate that the applicant be a: 'Black, Hispanic, Native American, and/or LGBTQ+ freshman undergraduate student.'"