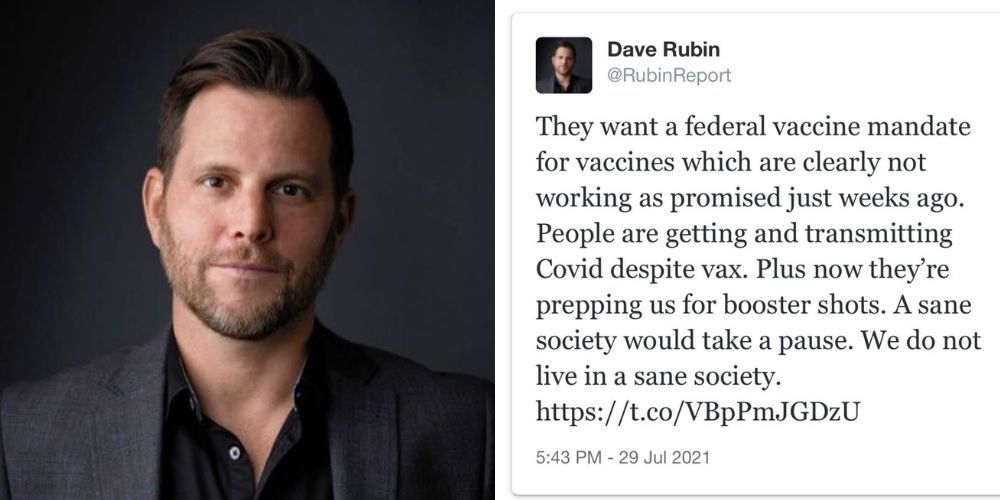 UPDATE: Twitter Support has contacted Dave Rubin to inform him that his account has been restored, as his suspension was due to an error made on Twitter's part.

Rubin tweeted, "They want a federal vaccine mandate for vaccines which are clearly not working as promised just weeks ago. People are getting and transmitting Covid despite vax. Plus now they are prepping us for booster shots. A sane society would take a pause. We do not live in a sane society."

Dave Rubin discussed the suspension on his website The Rubin Report and wrote, "I've been locked out of Twitter for a completely true statement. Let's discuss…with tequila!"