Muqtada al Sadr announced on Monday that he was leaving politics, spurring Shiites to riot and breach the presidential palace. 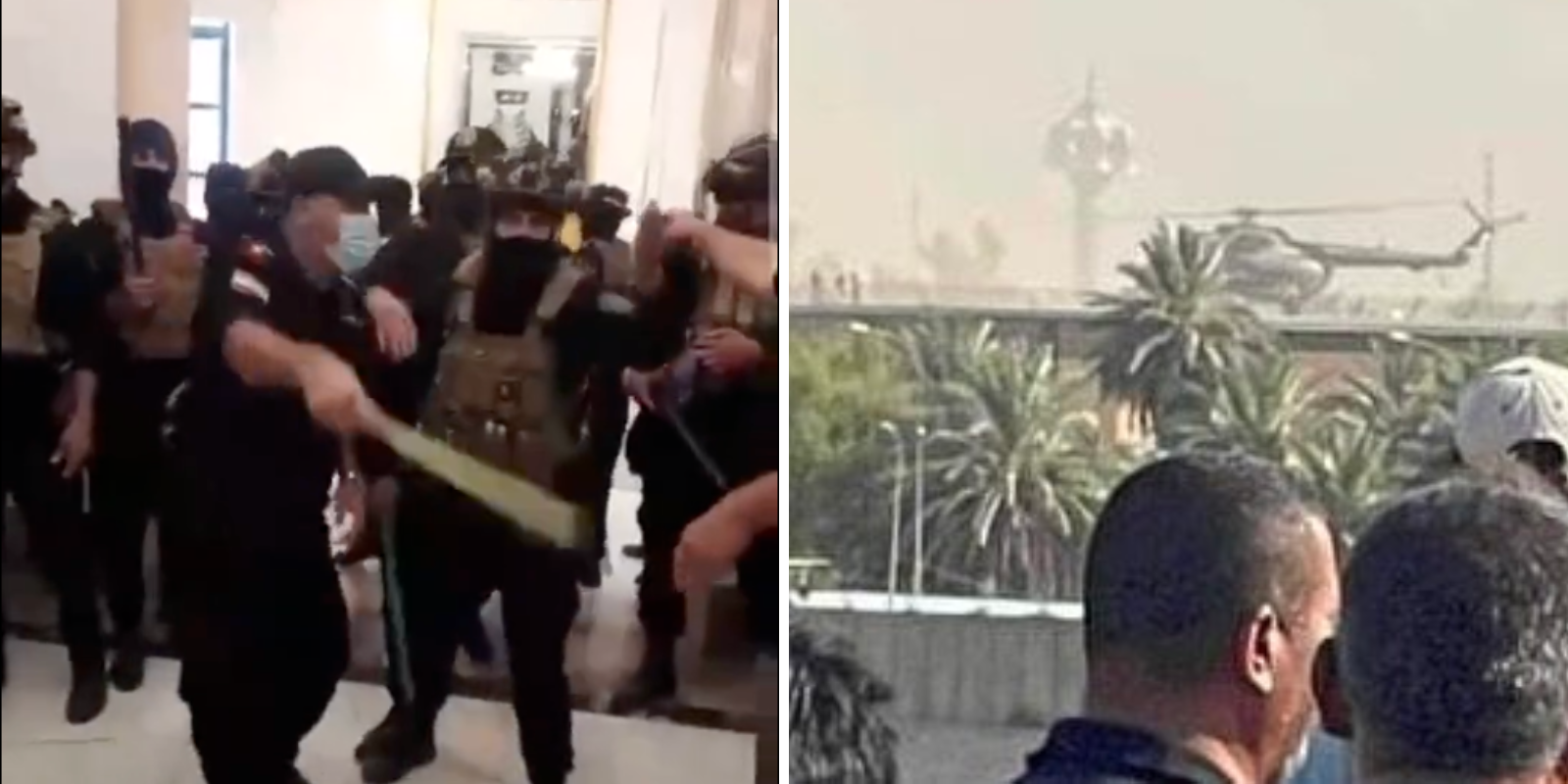 It was reported on Monday that the Presidential Palace in Baghdad, Iraq was breached, and that the US embassy was reportedly evacuated. There were reports of US embassy employees seen leaving the embassy, and evacuating the Green Zone, via helicopter.

Muqtada al Sadr announced on Monday that he was leaving politics, spurring Shiites to riot and breach the presidential palace. Al Sadr is their biggest political leader in Iraq and once led militias during the war. "I hereby announce my final withdrawal," al-Sadr said.

A riot broke out inside the Presidential Palace as people stormed in and law enforcement attempted to hold them back.

US embassy employees could be seen leaving the embassy, and evacuating the Green Zone, via helicopter.

It was in the wake of this announcement that al Sadr's supporters stormed the palace, which is inside Baghdad's fortified Green Zone containing government buildings. Barriers were pulled down under the force of hundreds of people who used ropes to breach the barricades.

Once inside, they "rushed into its lavish salons and marbled halls, a key meeting place for Iraqi heads of state and foreign dignitaries," Al Jazeera reports.

Al Sadr's supporters have been calling for the dissolution of the Iraqi parliament. Al Sadr said as part of his statement that his calls for reform had no been heeded.

"Monday’s announcement came two days after al-Sadr said 'all parties', including his own should, give up government positions in order to help resolve the months-long political crisis, while calling on those who 'have been part of the political process' since the United States-led invasion of the country in 2003 to 'no longer participate'," Al Jazeera reported.

Reuters shared photos of civilians enjoying the spoils of the Presidential Palace after breaching its defenses.

Trump had ordered the removal of American troops from Iraq in 2020.