When Jean-Pierre was asked why Biden thought the deceased congresswoman was "living and in the room," Jean-Pierre said that she does "not find it confusing." 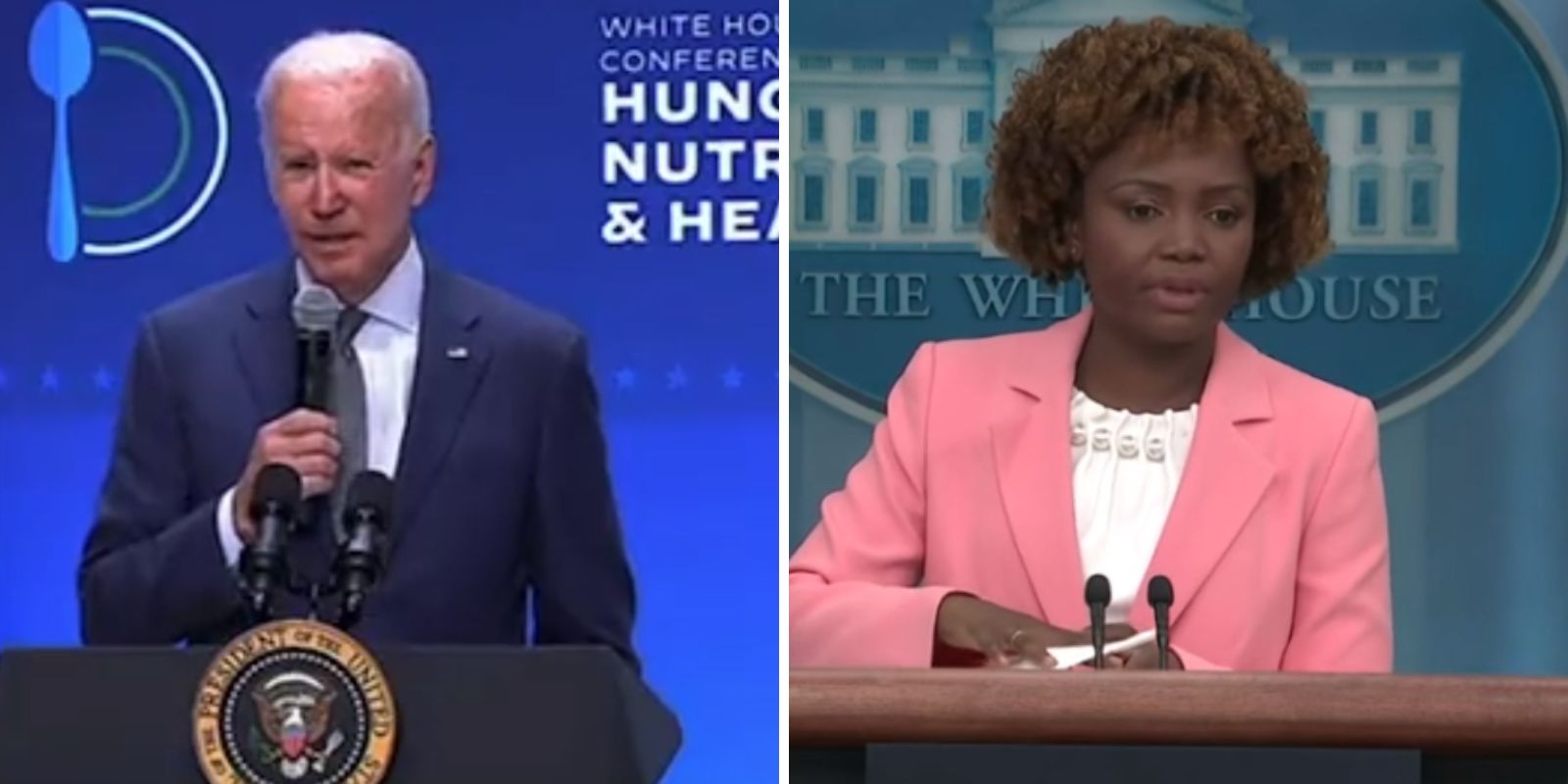 Walorski died in August of this year after a head-on vehicle collision, a tragedy that Biden even issued a statement mourning her death for in which he thanked her for her work as the co-chair of the House Hunger Caucus.

When Jean-Pierre was asked why Biden thought the deceased congresswoman was "living and in the room," Jean-Pierre said that she does "not find it confusing."

"Sometimes when you have someone top of mind, they're top of mind, Exactly that," she explained "It's also, if you put it in the context, it's not like it happened outside of context. It happened at an event where we were calling out congressional champions of this important issue when it comes to food and security, something that this administration has led on since the beginning of this administration. Not just across the country, but also globally."

"Look, he was at an event, ya'll saw, ya'll watched, which is why you're asking, where he was calling out congressional leaders, bipartisan leadership that we've seen on this particular issue," Jean-Pierre remarked. "Again, he's going to see her family in just two days, and she was on top of mind. That is not an unusual scenario."

The reporter fired back that he has "John Lennon top of mind just about every day but I'm not looking around for him every day."

Jean-Pierre said that "when you sign a bill for John Lennon... then we can have this conversation," she said, as reporters continued to press for an answer.

"These moments of confusion keep happening... This is a legitimate question, we need to have some answers," one reporter remarked.

Later on, Jean-Pierre was once again asked about Biden's gaffe, even giving the benefit of the doubt by asking if there was, perhaps, an error on the teleprompter, to which she told journalists that they were "jumping into a lot of conclusions."

"I'm answering the question. I just answered the question. If that had been the case, I would have stated that. What I had said is that she was on top of mind, and that she's going to see her family in just two days time to honor her work, to honor her legacy, if you will," she said.