Hardesty, who held the position since 2019, was infamous for defending the "defund the police" movement, and going after a city worker for daring to display a "thin blue line" sticker on his truck. 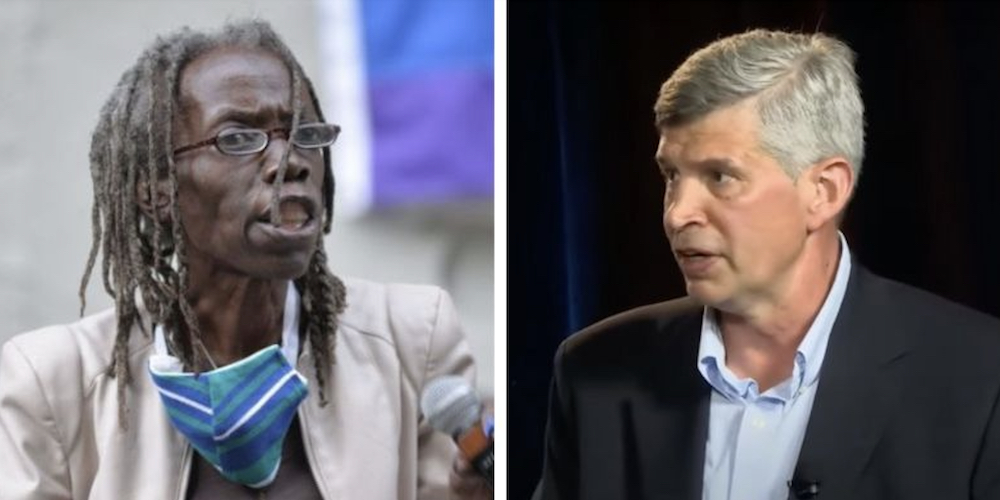 Hardesty, who held the position since 2019, was infamous for defending the "defund the police" movement, and going after a city worker for daring to display a "thin blue line" sticker on his truck.

"Earlier today, I offered my congratulations to Mr. Rene Gonzalez," Hardesty wrote in a statement to KOIN 6 News. "I wished him well in his new role."

On Twitter, Gonzalez thanked Hardesty for her service, adding, "Time to restore Portland!"

In her concession speech, Hardesty suggested that Portland is "suffering" due to "inequity and exclusion." She called on her colleagues to "shoulder the responsibility to create systems of care."

In the lead-up to the midterms, Hardesty claimed that her election would determine "if Portland moves towards a more humane, anti-racist future, or if we will slide back into Oregon's white supremacist and classist history."

Gonzalez, who is Latino, slammed her over the remarks. "I am the proud son of a Mexican migrant worker, married to a Latina woman, raising 3 biracial children, working towards a city that doesn't judge people or candidates based on their race," he said. "This election is about restoring livability & safety for all races."


Hardesty was also accused of stolen valor at a city council meeting, after a member of the public, who identified himself as a veteran, brought to the public's attention that he had made a FOIA request for Hardesty’s military service record.

During his testimony, the man claimed that the anti-police council member lied about her service. Hardesty responded to the claim by storming out of the meeting.

According to the man’s testimony, he had previously emailed Hardesty’s office “seeking clarification about some discrepancies” in her military service timeline.

The man claimed that he received no response but had received responses from Hardesty’s office to other inquiries.