"Protecting Women’s Spaces in the Age of Transgenderism," is set to take place on Sunday, August 28 at 3 pm in Whitby, Ontario, and will be moderated by Barbara Kay. 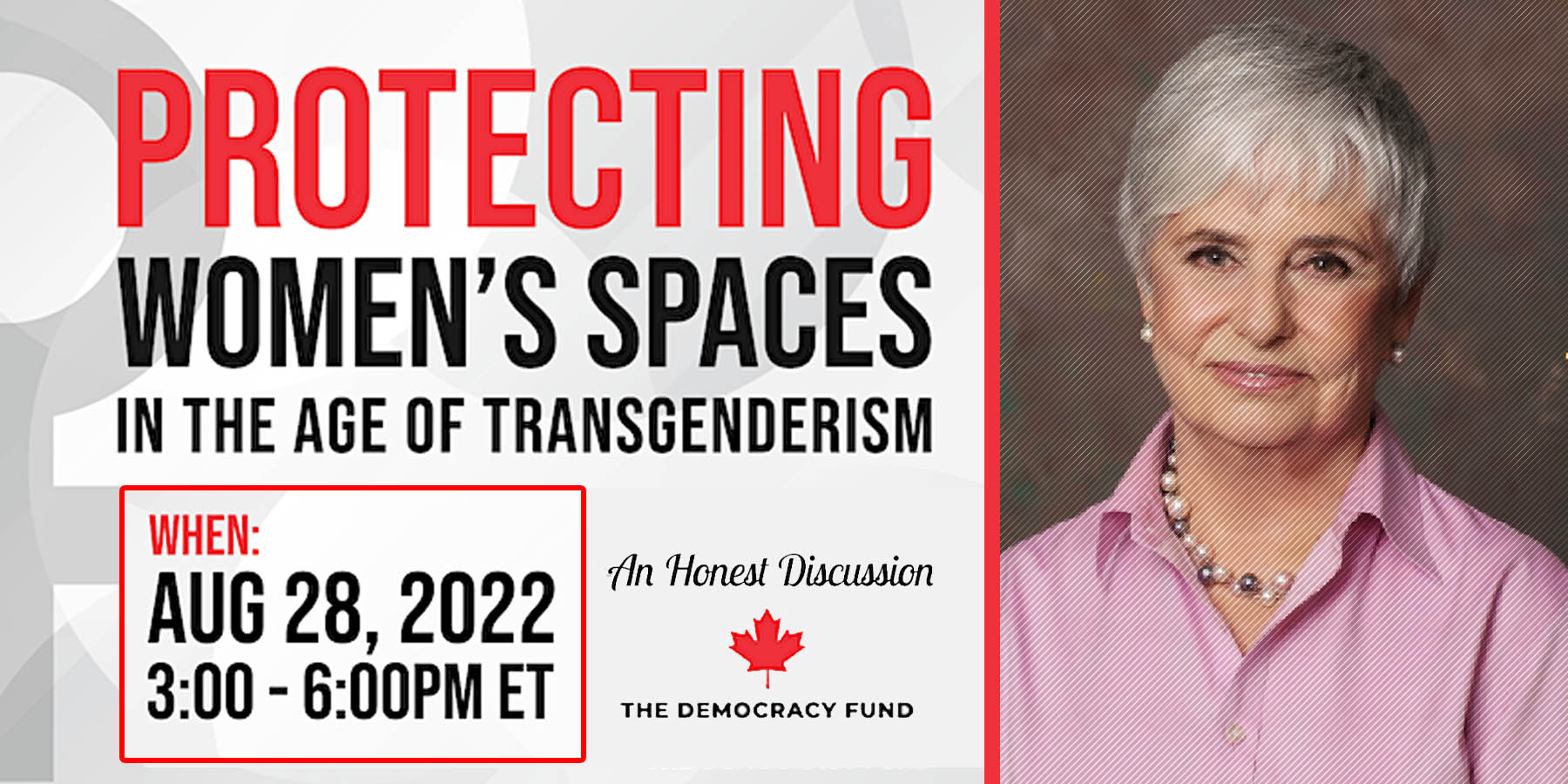 A Canadian charity is hosting a panel of experts to examine the costs and consequences of introducing trans-identified males into women's single-sex spaces. The Democracy Fund, a charity dedicated to "constitutional rights, advancing education and relieving poverty," is providing a platform for the women panelists to discuss "a number of provocative questions on the topic of transgenderism in women’s spaces."

The event, entitled "Protecting Women’s Spaces in the Age of Transgenderism," is set to take place on Sunday, August 28 at 3 pm in Whitby, Ontario. According to the event page, the panel will include discussions of women's sports, single-sex bathrooms and changing rooms, and women's prisons.

The panel will be hosted by Barbara Kay, an acclaimed columnist for the National Post and Epoch Times. Kay told the Post Millennial, "I am honored to moderate this panel. Our four women speakers represent a cross-section of the challenges presented to both women and heterodox trans women who have endured hostility, cancellation and risks to their personal security for defending women’s and children’s rights to safety and fairness."

Panelists include Kim Jones, a mother of a swimmer who competed against Lia Thomas, Heather Mason, an advocate and former prisoner of a women's penitentiary where trans-identified males cohabitated with the female population, Amy Hamm, a Vancouver nurse who is being investigated for saying biological sex is real; and Jenn Smith, a trans-identified advocate for child protection.

"Kim Jones’ daughter was forced to compete against swimmer Lia Thomas, a male-bodied athlete; Heather Mason, a former prisoner, represents women who are forced to share housing with male rapists who claim to identify as women; Amy Hamm was investigated by the British Columbia College of Nurses and Midwives for holding gender critical views; and Jenn Smith, a transwoman, is a child protection advocate who has opposed the medical and pharmaceutical transitioning of minors, and school programs based in radical gender theory," Kay said of her panelists for the upcoming event.

"None of these highly intelligent and articulate speakers are transphobic, but all agree that the principle of 'inclusion' can never trump the principles of 'fairness' and 'safety' where the rights of women and children are concerned."

"Canada is behind the curve," panelist Amy Eileen Hamm told the Post Millennial. "Gender identity ideology is losing its grip on institutions and governments in other countries. But here, women still face abuse and cancellation for speaking up. It’s crucial we don’t stop having these conversations in public forums. Women and children are being harmed everyday. It’s not acceptable."

"Women need to have this conversation because the public isn't aware of what is happening," Heather Mason told the Post Millennial. "It gives a voice to our most marginalized women, such as those in prisons and shelters. These women are impacted the most by these policies and practices that allow men to self-identify as women. These men are being granted access to women who are in the most vulnerable positions in our society."

According to the event page, tickets are $25 each and will include "access to the discussion, as well as the post-event mix-and-mingle reception with the panelists." For those unable to attend in person, the event will also be broadcast via Zoom and is open to the public for $10 a ticket.