"Make a habit of exchanging contact information with any new partner to allow for sexual health follow-up," the CDC recommends. 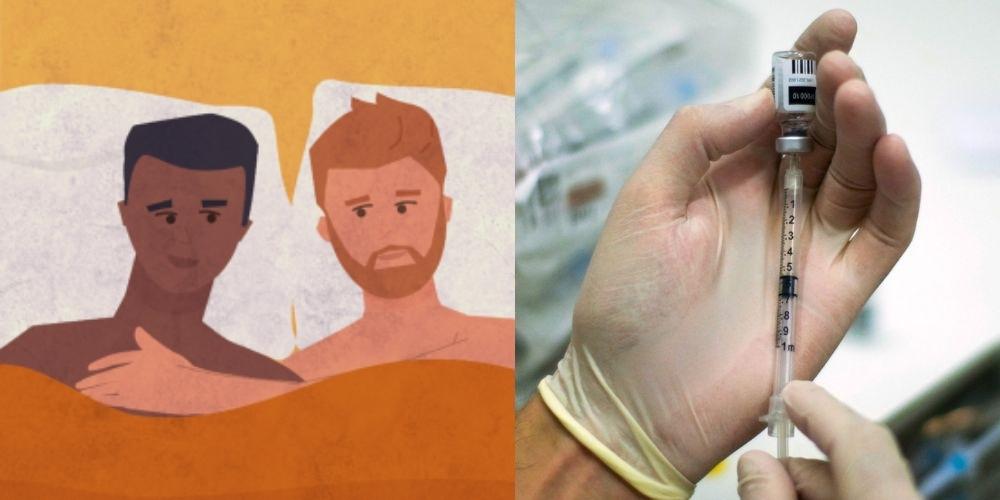 The Centers for Disease Control and Prevention (CDC) has issued new guidelines on how to have "safe sex" and avoid contracting monkeypox, despite not categorizing the disease as a sexually transmitted infection (STI).

According to the webpage, updated on August 5, the supply of the monkeypox vaccine is limited, so the CDC recommends "temporarily changing some behaviors that may increase your risk of being exposed."

Also suggested was making sure you catch the name of the person you've engaged in sexual activity with. "Make a habit of exchanging contact information with any new partner to allow for sexual health follow-up," the CDC recommends.

Screenshots of the guidelines shared to Twitter by Frontlines host Drew Hernandez showed an illustration provided by the CDC accompanying the recommendations, showing two men in bed together.

The monkeypox safety messaging marketed towards 'men who have sex with other men' comes as research shows that the driving force behind the spread of the viral disease is gay sex between multiple partners.

On Thursday, Biden administration health officials announced that 50,000 monkeypox vaccines have been dispatched to areas where gay pride events have been planned.

There are about a dozen pride events planned in the next two months, reported Fox News. The monkeypox vaccine doses are to be allocated based on the size of the event, how many health professionals can attend, and other risk factors. 2000 doses are headed to the Charlotte Pride Festival & Parade in North Carolina this weekend.

After that, doses of the vaccine are planned to depart to Atlanta and New Orleans for events in September.