After a social media battle that lasted through the weekend, Urban Dictionary restored the term "Blue Anon" to their online dictionary of English slang. 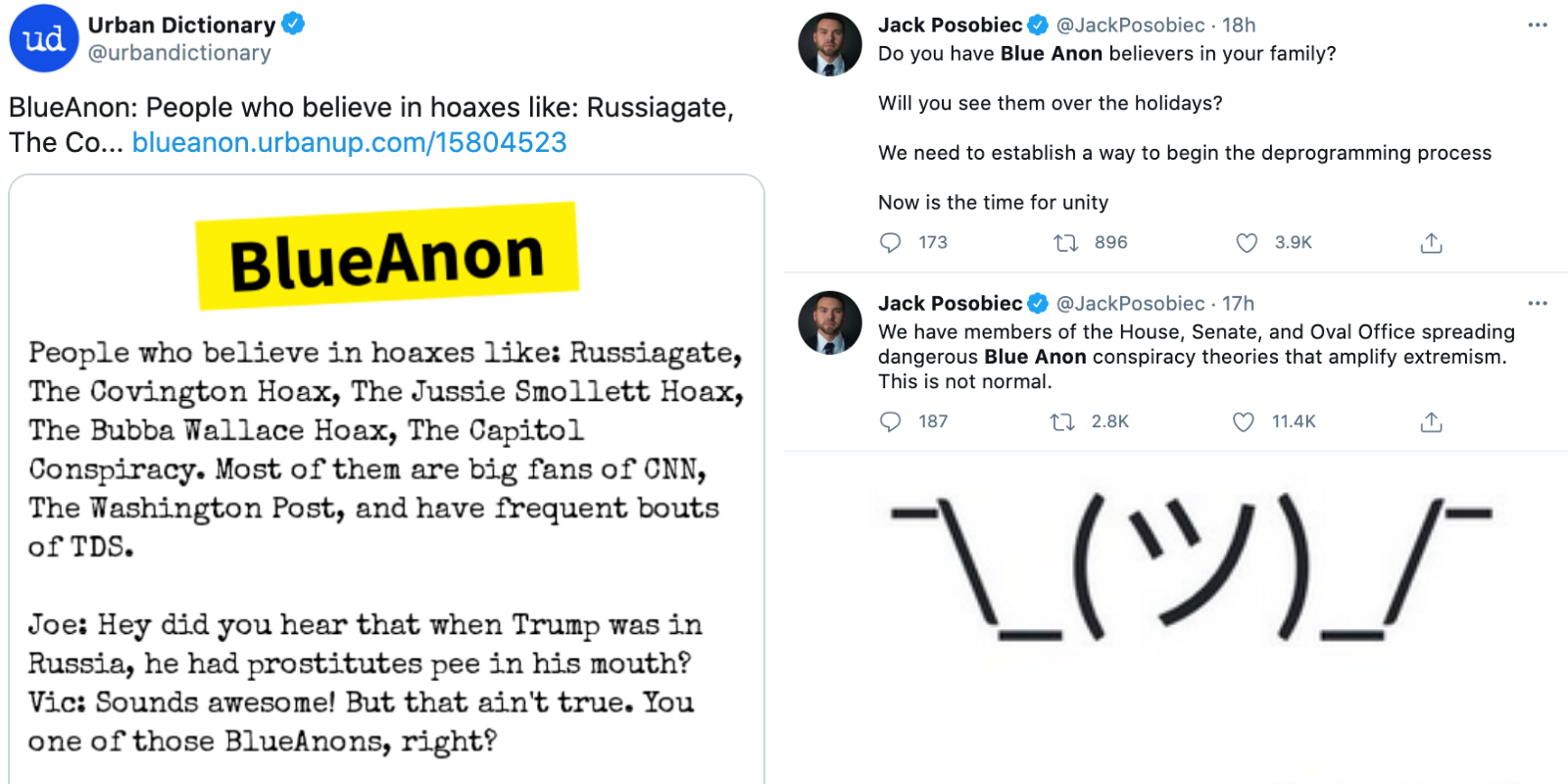 After a social media battle that lasted through the weekend, Urban Dictionary restored the term "Blue Anon" to their online dictionary of English slang. This is a victory in the ongoing culture wars. After the right launched the term, and the left tried to suppress it, but they basically failed.

Blue Anon is defined as "People who believe in hoaxes like: Russiagate, The Covington Hoax, The Jussie Smollett Hoax, The Bubba Wallace Hoax, The Capitol Conspiracy. Most of them are big fans of CNN, The WashingtonPost, and have frequent bouts of TDS [Trump Derangement Syndrome]."

Blue Anon was a term coined by conservatives as an antidote to the left blaming QAnon for basically everything.

It landed in Urban Dictionary, but was banned after just about a day on the website. It was also hard to find via a Google search.

After it was banned, the term surged to the top of the social media pile, and trended on Twitter. Efforts to remove the term appeared to have backfired, as "Blue Anon" continued to trend the rest of the weekend.

Tech company censorship of conservatives has been at the center of the national conversation since Twitter, Facebook, and Google suppressed the New York Post's reporting on Hunter Biden and emails found on a his laptop in October. Tech companies have been emboldened by the leftist push to ban, censor, and deplatform ideas, works, and people that they find unpalatable.