DC third-graders forced to re-enact the Holocaust in class

Children were made to pretend to dig mass graves, die in a gas chamber, and shoot their peers. One Jewish student was cast as Hitler and told to commit suicide as part of a role-play. 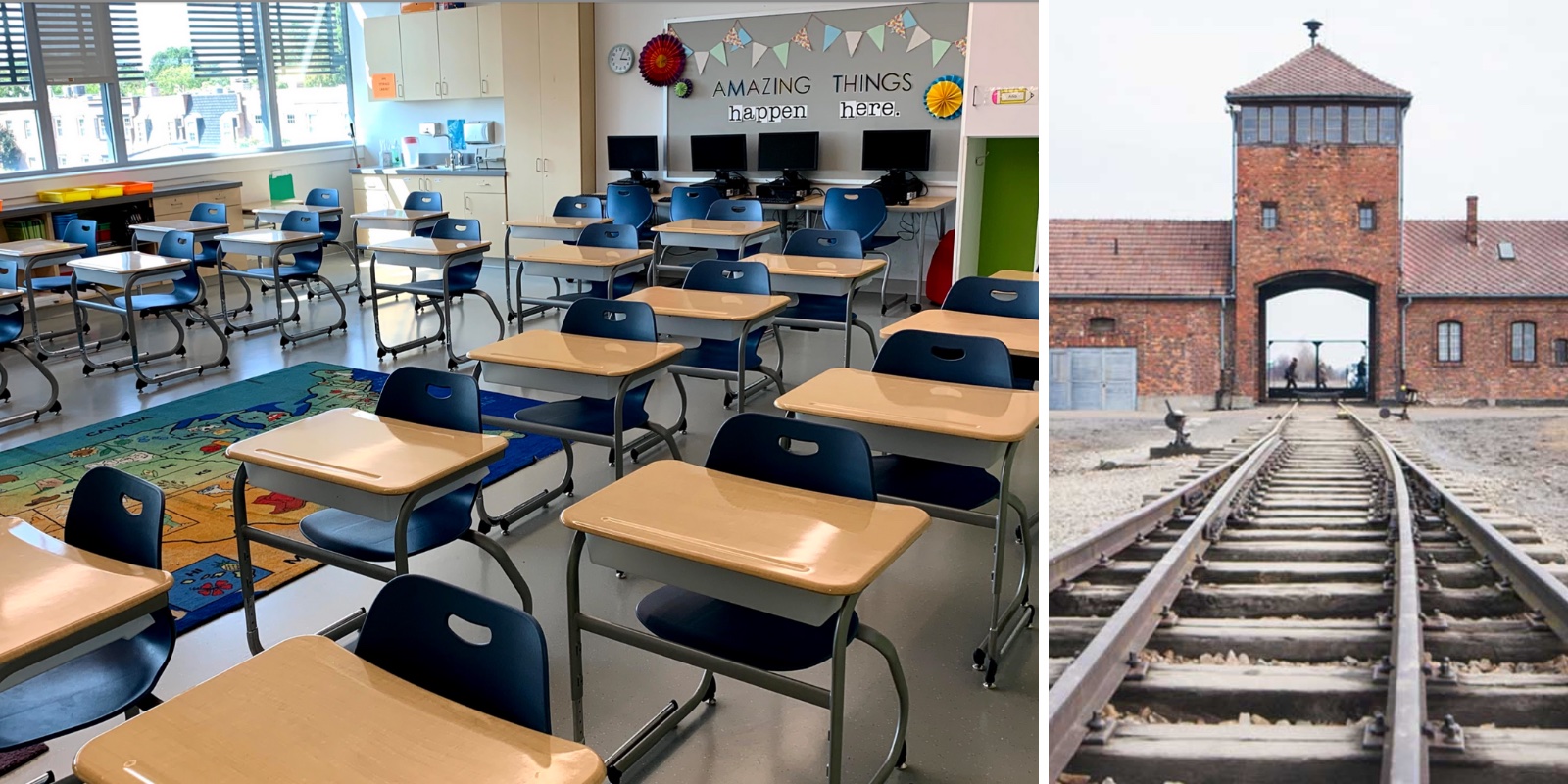 According to a new report, a Watkins Elementary School staff member in southeast Washington, DC told third-grade students in library class Friday to re-enact morbid scenes from the Holocaust, directing the elementary school-aged children to dig mass graves and simulate shooting the victims.

The educator, who was placed on leave on Friday, assigned specific roles to classmates and cast one particular student as Nazi leader Adolf Hitler, according to an email from the school's principal MScott Berkowitz, who declined to name the staff member to the children's parents, the Washington Post reported.

The parent of a the child asked to participate in the outlandish exercise said the student cast as Hitler is Jewish and was told to pretend to commit suicide like Hitler did.

The instructor is also accused of making antisemitic comments during the re-enactment preceding the holidays. A parent said that when the children asked why the Germans committed the atrocities, the staff member said it was "because the Jews ruined Christmas." The educator asked students following the incident to not tell anyone about it, the parent said, noting their homeroom teacher was alerted.

Friday's library class began with a self-directed project students were assigned to present before class ahead of winter break. But the teacher had students participate in the re-enactment during allotted research time, Berkowitz wrote to parents. "I want to acknowledge the gravity of this poor instructional decision, as students should never be asked to act out or portray any atrocity, especially genocide, war, or murder," Berkowitz said in the parent-wide email.

Another parent of a student involved said her son had to pretend to be on a train to a concentration camp, then act as if he were dying in a gas chamber.

The mother, who spoke on the condition of anonymity and withheld the child's name, added that the boy also had to act as if he were shooting his peers.

The controversial classroom incident was reported to DC Public Schools "comprehensive alternative resolution and equity team," resulting in the alleged staff member placed on leave, pending a school investigation. The class has since met with the school's mental health response team, according to Berkowitz's email.

"This was not an approved lesson plan, and we sincerely apologize to our students and families who were subjected to this incident," a spokesperson for DCPS said.