Several people pointed out the hypocrisy in Roth's controlled-speech-crusade, with one Twitter user asking "Why was child pornography permitted on Twitter for years under your watch, but stamped out within 48 hrs after you left?" 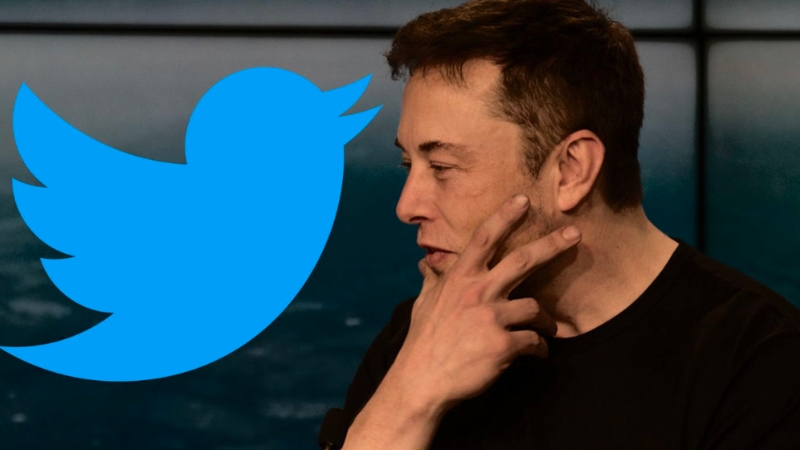 Roth, who resigned from his position earlier this month soon after Musk officially acquired Twitter, published an op-ed in The New York Times on Friday, titled "I Was the Head of Trust and Safety at Twitter. This Is What Could Become of It." In the piece, Roth criticized the Tesla and SpaceX founder's pro-free speech style of running the company by carrying water for corporations, media conglomerates, and government entities.

"This month, I chose to leave my position leading trust and safety at Elon Musk’s Twitter," began Roth. He then went on to describe his responsibility for exposing "government-backed troll farms," "dangerous misinformation," and "yes, ban[ning] President Donald Trump."

"The work of online sanitation is unrelenting and contentious," he said.

Several people pointed out the hypocrisy in Roth's controlled-speech-crusade, with one Twitter user asking "Why was child pornography permitted on Twitter for years under your watch, but stamped out within 48 hrs after you left?"

Miranda Devine of the New York Post also chimed in, slamming the social media site for censoring the story of Hunter Biden's laptop that her publication broke.

"The ex-guy who censored the @nypost for our accurate story about Hunter Biden's laptop complains about free speech on Twitter and boasts about deplatforming a sitting president," she wrote on Roth's op-ed.

Roth, who spent seven years at Twitter, went on to criticize his former "self-described free speech absolutist" boss, by arguing that his anti-censorship goals are lofty in the face of powerful groups with special interests in keeping the platform a certain way.

"The truth is that even Elon Musk's brand of radical transformation has unavoidable limits," he wrote.

"Advertisers have played the most direct role thus far in moderating Mr. Musk's free speech ambitions. As long as 90 percent of the company's revenue comes from ads (as was the case when Mr. Musk bought the company), Twitter has little choice but to operate in a way that won't imperil the revenue streams that keep the lights on," Roth continued, citing that a "a wave of racist and antisemitic trolling" is scaring off the platform's major advertisers.

According to Roth, Audi, General Mills, and the pharmaceutical company responsible for distributing hundreds of millions of Covid vaccines, have slowed down or paused ad spending.

Roth then argued that the Global Alliance for Responsible Media (GARM) is the reason why Musk wants to move away from advertising as Twitter's primary revenue stream. GARM is a project of the World Federation of Advertisers aimed to "address the challenge of harmful content on digital media platforms and its monetization via advertising."

Last month, GARM called on Twitter to uphold the anti-free speech rules of the old guard.

"We are monitoring Twitter's actions, such as setting up a content moderation review panel, and assessing their design, governance, and potential to improve implementation of digital media safety best practice," they said in a statement, which Roth linked to in his argument.

Roth also cited entities such as the European Union's chief platform regulator, the US Congress, and the Federal Trade Commission (FTC) as reasons why Musk's "unmoderated free-for-all won't fly."

In a recent swipe at The New York Times, Musk hit back at the outlets' disapproval of Trump. In response to a Substack post by Matt Taibbi on the Times' latest anti-Trump piece, "America Deserves Better Than Donald Trump," Musk called the publication "far left brainwashing."

"It is tragic how far The New York Times has fallen – basically just boring af far left brainwashing at this point. The boring part is truly unforgivable!" the Twitter owner wrote.

"If there was anything Trump was right about it was about the 'formerly brilliant' NYT becoming 'fake news," he wrote. "The coverage of certain topics is so blatantly one-sided but they continue to masquerade as being fair and unprejudiced. Also yeah it is boring to read. Dry lies."