A former employee of Cool Beans Bar and Grill said the space is welcoming and the bar is open for all ages to visit during the daytime. 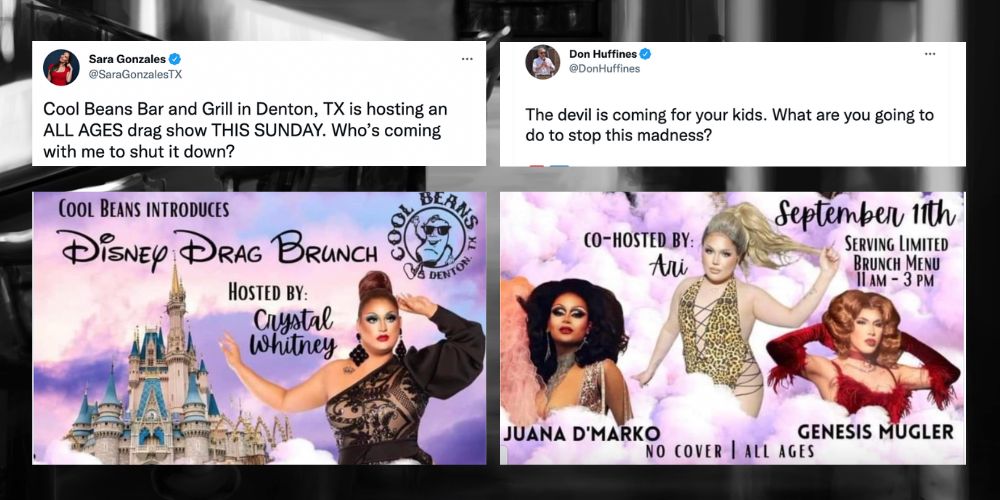 According to The Hill, bar management "received aggressive phone calls and hateful comments" because of their drag event aimed at "all ages."

The article appeared in The Hill's "Respect, Diversity and Inclusion" section.

Some of the "hateful comments" included a tweet from Blaze TV host Sara Gonzalez who wrote, "Cool Beans Bar and Grill in Denton, TX is hosting an ALL AGES drag show THIS SUNDAY. Who’s coming with me to shut it down?"

"To those of you out there who have forced us to make this decision, shame on you!" Cool Beans Bar and Grill management wrote.

Gonzales followed up with, "Cry harder. It fuels me."

"The devil is coming for your kids. What are you going to do to stop this madness?" Don Huffines said, another message cited as a "threat."

A former employee of Cool Beans Bar and Grill said the space is welcoming and the bar is open for all ages to visit during the daytime.

Another "kid-friendly" drag brunch for all ages happened in Denton county in late August called the Barrel Babes Drag Brunch.

It was advertised as "Dancing Music and Laughs" with reports of  "Vulgarity, Sexualization of Minors, and Partial Nudity."

It was also guarded against protests by armed Antifa militants carrying AR-15s.
According to The Post Millennial’s editor-at-large Andy Ngo "The local chapter of the John Brown Gun Club, an #Antifa militia linked to domestic terrorism, led the call to direct action."

According to Sara Gonzalez Host of "The News and Why It Matters" on Blaze TV, there were over 20 children in attendance.
ADVERTISEMENT
ADVERTISEMENT
TexasDragBrunchNoGo