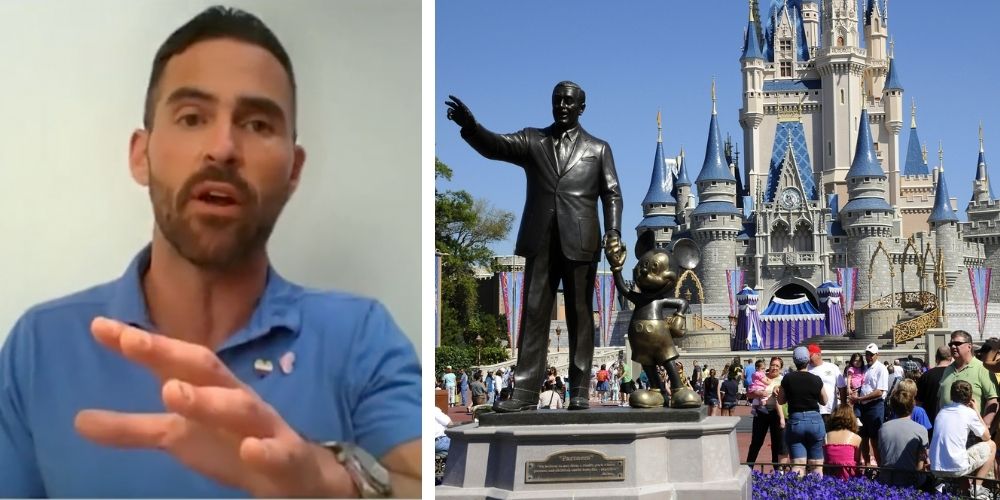 As states across the country pass or consider legislation prohibiting gender reassignment surgeries or hormone usage for minors, Disney announced to its employees that they have created a benefits program to allow employees and their families access to these procedures.

"The other big area is gender identity and expression. So doing all of this work to ensure that our employees and cast can express their gender here authentically and proudly at the company. So, you know, coming up with guides on how to change your photo information about pronouns, working with our benefits team to give information about gender affirmation procedures, both for our employees who are transitioning and trans, but also our employees who have kids who are transitioning," a man explained in a video of a Disney internal meeting obtained by journalist Christopher Rufo.

Earlier this year, Texas deemed gender reassignment surgeries on minors as "child abuse," and Republican Governor Greg Abbott ordered that the Department of Family and Protective Services investigate families where their children are undergoing transition.

Arizona has also banned these procedures on children, and Alabama lawmakers passed a similar bill, which heads to the governor’s desk.

Despite these offerings, and other videos talking extensively about LGBTQ issues as it pertains to The Walt Disney Company, Disney CEO Bob Chapek came on the video to apologize, and pledge to "be a better ally for the LGBTQ+ community."

"By now, I hope you've all read my most recent note in which I pledge to be a better ally for the LGBTQ plus community, apologize for not being an ally that you needed me to be, and committed to ensuring that our company lives up to its values. I meant every word, and that's what we're here to talk about today," said Chapek.

"I know that we've got work to do, and that work starts with listening. I'm glad that company will hear from today's panel of LGBTQ plus employees, and I hope that you are as impacted as I've been by the voices that I've heard over the past few weeks," he continued.

Chapek later added, "I understand that we've made mistakes and the pain that those mistakes have caused. And I know that our silence wasn't just about the bill in Florida, but about every time an individual or institution that should have stood up for this community did not. I and the leadership team are determined to use this moment as a catalyst for more meaningful and lasting change."

The company has recent come under fire for Disney executive producer Latoya Raveneau saying in one of these company wide meetings that she has been actively adding a political message to the products she has worked on.

"On my little pocket of Proud Family Disney TVA, the showrunners were super welcoming, Meredith Roberts and our leadership over there has been so welcoming to my not-at-all secret gay agenda. So like I felt like maybe it was that way in the past but I guess something must have happened in the last… they were turning it around, they're going hard, and then, all that momentum that I felt, like that sense of I don't have to be afraid  to have these two characters kiss [...] like I was just wherever I could just basically adding queerness to like [...] if you see anything queer in the show [....] no one would stop me and no one was trying to stop me," she said.