On offering abortifacients to students, Barnard president Sian L. Beilock told the Times that it's "really the institution's responsibility." 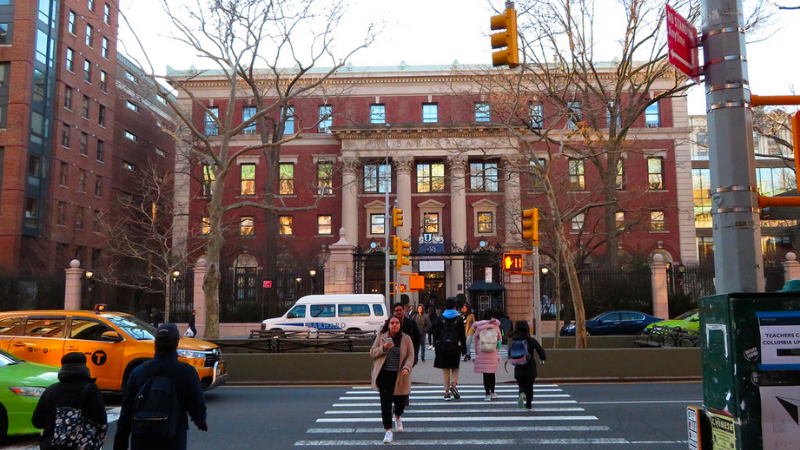 Olivia Rondeau
Oct 7, 2022 minute read
ADVERTISEMENT
ADVERTISEMENT
Barnard, a private women's liberal arts college in New York City and the sister school to Columbia University, announced Thursday their plans to provide abortion pills on campus beginning next year, reported The New York Times. The school's policy, which is set to take effect next September, comes as pro-abortion advocates struggle with the Supreme Court's June ruling that overturned of Roe v. Wade, the 1973 law that ledaglized abortion in the US.

The Democrat-controlled state of New York, led by pro-abortion Governor Kathy Hochul, has used the opportunity to become an abortion sanctuary state, and vowed that the practice will never be illegal. Abortion in New York was legal three years prior to the the Roe ruling, and is not under threat in any way.

On offering abortifacients to students, Barnard president Sian L. Beilock told the Times that it's "really the institution's responsibility."

"I think we're putting a stake in the ground that we believe that health and wellness is really the institution's responsibility for students, and we want to do everything we can to support our students," she said.

In an email sent out to the campus Thursday, Barnard officials made some hefty claims on how the Dobbs v. Jackson Women's Health Organization decision might affect women.

"The overturning of Roe v. Wade after 50 years will likely decrease college accessibility, result in lower graduation rates, and derail employment trajectories," officials said. The email noted that while abortion is easy to access in New York, "we are also preparing in the event that there is a barrier to access in the future, for any reason."

According to Barnard's chief health officer, abortion medication was already on the school's radar when students met with college health officials this year to request it.

"We feel like this is of course a natural step in caring for a population of college students who are at risk of pregnancy," Dr. Marina Catallozzi said to the Times, noting that Barnard already had a "morning-after" emergency contraception pill vending machine on campus.

According to Catallozzi, the college wanted to offer the pills in case New York's abortion clinics become overwhelmed with women from out-of-state, to ensure that Barnard students would not have to become mothers. Following the decision that solidified the constitution's non-stance on abortion, over 60 percent of abortion providers in Republican-controlled states have been shut down.

"It makes sense for us to say, 'Hey, the landscape's changing all over the country. Let's make sure that if needed, we're prepared,'" she said.

According to Barnard officials, the pills will be covered by the school's health insurance plan and emergency funding will be provided to students without insurance or who want to keep the abortion off of their parents' insurance plans.

Apparently, the school believes that the women who attend the university are responsible enough to have sex and terminate pregnancies, but should not have to take responsibility for that in any other area of their lives.

Staff will be trained over the next few months in order to work out the logistics and protocols that come with the plan.

Barnard won't be the first college to offer abortion pills to students. UC Berkeley has been doing so for years, since before the controversial Supreme Court decision.

In a 2020 survey conducted by the American College Health Association, it was found that 2.5 percent of 122 college health centers provided medication abortion on campus, while 87 percent said they provided off-campus abortion referrals.