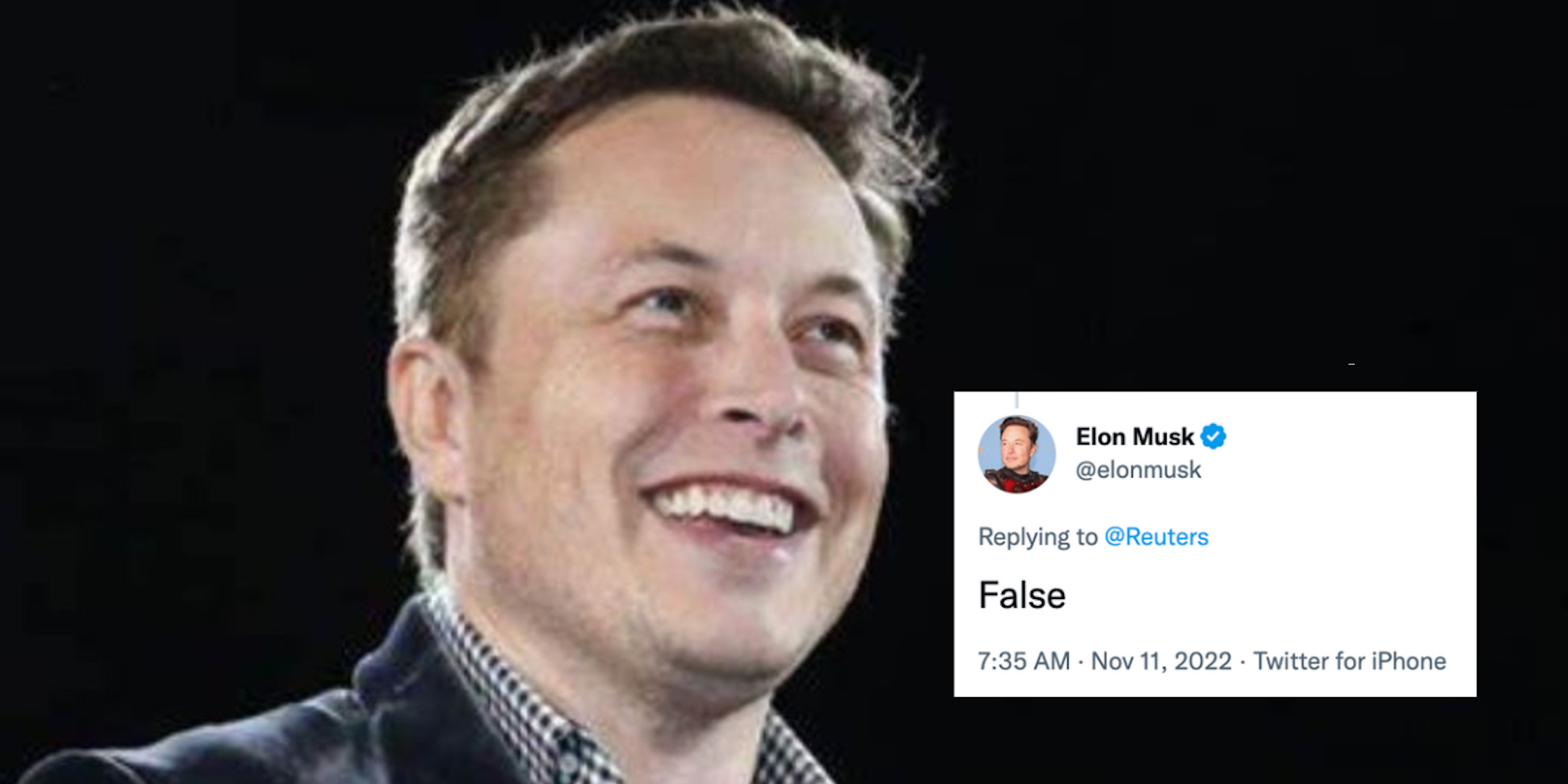 On Friday, Reuters published a story suggesting that Tesla was considering exporting Chinese-made electric vehicles to the United States.

The claim was fact checked on Twitter by none other than Tesla CEO Elon Musk.

In response to Reuters' exclusive report, Musk simply said, "False." He did not elaborate further as to exactly which part of the story was incorrect, or to what extent.

Musk's reply gained traction, and spurred a wave of backlash against Reuters. Many accused the media giant of spreaing "fake news."

According to Reuters, sources "with knowledge of the planning" stated that Tesla's Chinese factories, which currently supply customers in China as well as southeast Asia, Europe, and Australia, were considering expanding exports to include the US.

They noted that because of the cheaper Yuan and lower prices for raw materials, exports from China to the US could be "cost competitive." The rising price of Teslas in the US was also cited.

That being said, under a new policy enacted by the Biden administration, imported Teslas would not be eligible for a new EV subsidy. The benefit was only made available to EVs manufactured in the US, as the government attempts to boost domestic production.

Musk has repeatedly touted the success of Tesla's Chinese factories. As the Guardian reported in May, he also praised the workers' dedication.

"There is just a lot of super talented hardworking people in China who strongly believe in manufacturing," he said. "They won’t just be burning the midnight oil, they will be burning the 3am oil; they won't even leave the factory type of thing, whereas in America people are trying to avoid going to work at all."