EXCLUSIVE: BC nurse's support for 'transphobic' JK Rowling cited by 'expert' as reason to fire her at disciplinary hearing

Findlay read selections from Rowling's essay about her own sexual assault and asked Bauer to explain why each was either inaccurate or harmful to the transgender community, as a way to show that Hamm's support of Rowling makes her unfit to be a nurse. 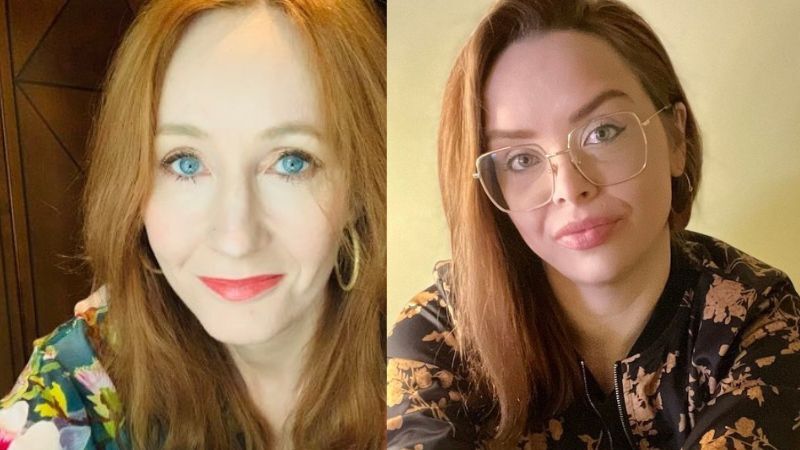 The disciplinary hearing of a Canadian nurse under investigation for allegedly transphobic off-duty activity reconvened Monday, and the first order of business was an attempt to prove that world-renowned author, JK Rowling, is transphobic.

Hamm, who has never had a single patient complaint in her decade-long nursing career, says the event that triggered trans activists to go after her job was when she and child-safeguarding advocate Chris Elston put up a billboard in Vancouver which read I love JK Rowling, as a way to show support for Rowling who was at the time facing severe backlash for her support of women's rights.


On day 4 of the eleven-day hearing, "barbara findlay" KC, legal counsel for the British Columbia College of Nurses and Midwives (BCCNM), who asks that her name be written without capital letters in order to express something about marginalization, continued her direct examination of the college's expert witness, Dr. Greta Bauer, by going through an essay Rowling wrote in June 2020 about her own sexual assault.

Findlay read out select quotes Rowling's essay about her own sexual assault and asked Bauer to explain why each was either inaccurate or harmful to the transgender community, as a way to show that Hamm's support of Rowling makes her unfit to be a nurse.

"It has been clear to me for a while now that the new trans activism is having, or is likely to have if all its demands are met, a significant impact on many of the causes I support because it's pushing to erode the legal definition of sex and replace it with gender," was the first Rowling quote to be put under weak scrutiny.

"That's absolutely not the intention," replied Bauer, after stating that she could only comment on the area of her expertise, which is health and scientific research, notably not what Rowling was referring to at all. She explained that in her area of research sex and gender are both important.

Next came an attempt to discredit Dr. Lisa Littman's 2018 study that resulted in her rapid-onset gender dysphoria (ROGD) hypothesis, which Rowling wrote about in her essay. Using parent reports, Littman described an unusual pattern of transgender identification where mulitple friends and even whole friend groups started identifying as transgender at the same time. This observation led Littman to consider social contagion and peer influence as potential factors.

"Littman mentioned Tumblr, Reddit, Instagram, and YouTube as contributing factors to rapid-onset gender dysphoria where she believes that in the realm of transgender identification, youth have created particularly insular echo chambers," read Findlay from Rowling's essay, before asking Bauer to comment on the validity of Littman's study.

Bauer suggested Littman's sample "wasn't unbiased" and pointed to the fact that this was the perception of the parents and that no adolescents were asked to participate directly. This she seemed to feel invalidated the findings.

But the expert witness failed to mention that parent report is a standard methodology used in research related to child mental health, or that several studies which support "gender-affirming" care for minors use the same methodology without attracting criticism by activists.

Furthermore, there is evidence that young people are coached in internet forums on what to say to doctors in order to get on puberty blockers and testosterone right away, which means they wouldn't be likely to provide accurate information in a research setting.

"The work that has been done to date does not support [Littman's] hypothesis," said Bauer, referring to her own research of adolescents in clinical care. "We didn't find evidence to support that hypothesis in that group."

The research Bauer is referring to here is a paper published in Nov 2021 which claimed to find no evidence of ROGD due to the fact that they found no association between self-reported awareness of gender and self-reported psychiatric comorbidities such as self-harm or suicide ideation. But given the coaching that goes on in forums, it is surely at least a possibility that these young people tell doctors what they think they want to hear, not the actual truth, making Bauer's research also in doubt.

So far, we don't appear to have uncovered any evidence of JK Rowling's alleged transphobia, but the next attempt comes in the form of Findlay reading out a quote from Rowling's essay by Tavistock whistleblower Marcus Evans, in which he questions the trans activist claim that if young people are not given access to medical transition, they will commit suicide, a claim that has been debunked several times.

Bauer replies that in the context of her own research, and that done by others, 35 percent - 40 percent of older adolescents consistently report attempting suicide in the past year, and her own research with Trans Pulse ON found that 11 percent had attempted suicide. She stated that the group most at risk for suicide were those who wanted to access "gender-affirming" care but hadn't yet, and that the rate of attempted suicide dropped to less than 1 percent for those who had completed the medical transition process.

These results are to be expected given the fact that there is a honeymoon period post-transition, but are not consistent with a long-term study from Sweden which shows the suicide rate ten years post-transition is significantly higher than that of the rest of the population.

Another attempt to uncover transphobia in Rowling's essay was to find fault with the claim that 60-90 percent of children grow out of their gender dysphoria, which was coincidentally confirmed by the new NHS specifications released recently as a result of the independent review of England's youth gender services by Dr. Hilary Cass, former President of the Royal College of Paediatrics.

Bauer accurately stated that these numbers come from research done on an entirely different cohort of young people to those being referred to clinics now, but failed to acknowledge that this is because there has been a dramatic shift in the case-mix of children presenting to gender clinics in the past decade, since the modern trans rights movement began, from predominantly males with dysphoria starting in early childhood to predominantly females with dysphoria starting suddenly at puberty. This cohort is also described by Dr. Hilary Cass in her report that led to England's Tavistock gender clinic being forced to close its doors after it was found to be neither a safe nor viable option for the care of young people, and was observed by both Sweden and Finland in reviews that led both nations to halt medical transition for minors.

Findlay and Bauer concluded the examination of Rowling's writing with a blatant misrepresentation of a section of the essay in which the author says she believes "the trans movement is doing demonstrable harm in seeking to erode 'woman' as a political and biological class and offering cover to predators like few before it."

"Is there any evidence in the research that transwomen are predators?" Findlay asks, seemingly unaware that this is not what Rowling was saying at all.

"Taken as a whole, do the views like the ones that Rowling has expressed in her article contribute to harms experienced by trans people?" continued Findlay.

Bauer replied that some of the statements Rowling makes do cause harm because they portray trans people as a group as potential predators that pose a risk to "cisgender" women and girls, which suggests trans people are not normal, not safe, but rather sick and dangerous. The trouble is, Rowling didn't say this. She said that male people, not trans people, are a risk to female people, which is an easily verifiable fact.

In almost an hour of direct examination, not one bit of evidence was found of JK Rowling's transphobia. Instead, all that was produced were valid arguments in an ongoing, complex political debate that, while they may be offensive to some members of the transgender community, are surely not grounds for a nurse to lose her job for supporting.