The Post Millennial has identified a Black Lives Matter protester and journalist filmed assaulting Trump-supporters after the “Million MAGA March” on Saturday in Washington, DC 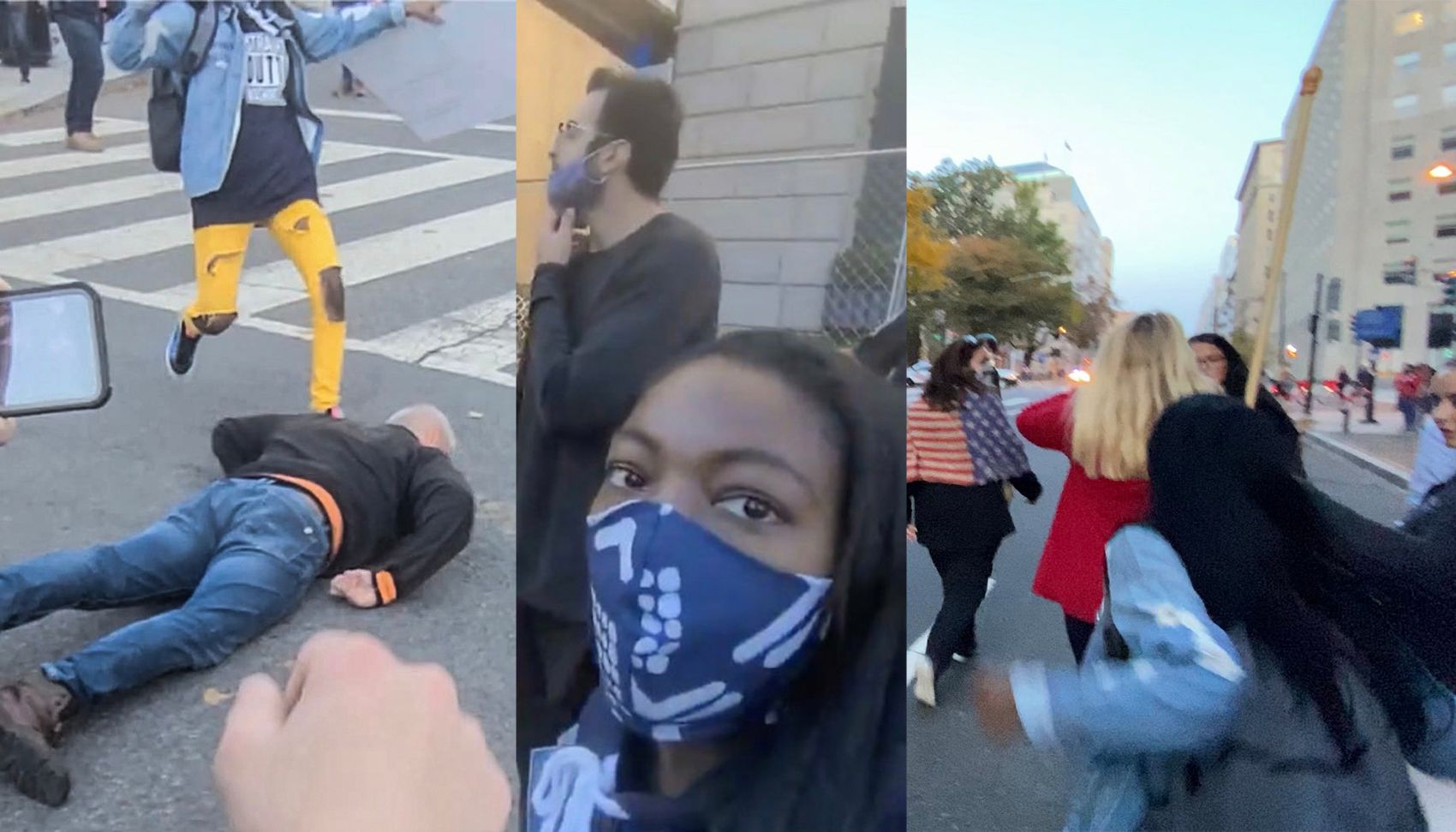 The Post Millennial has identified a Black Lives Matter protester and journalist filmed assaulting Trump-supporters after the “Million MAGA March” on Saturday in Washington, DC

Brittany S. McAlister, 29, of Washington, DC, was caught on viral video assaulting at least two individuals. She is a third-year journalism student at Howard University and works as a freelance journalist.

In the first assault caught on video later retweeted by President Trump, McAlister kicked an unconscious man on the ground after he was sucker-punched by Kenneth Wayne DeBerry, who was arrested and charged. She was holding a camera at the time.

Soon after, she sprinted up behind a woman carrying an American flag and punched her in the head before running away.

Earlier in the day, far-left group Refuse Fascism had profiled the D.C. social-justice activist in a now-deleted tweet. McAlister gave a speech against Trump and his followers at Black Lives Matter Plaza.

McAlister was active on social media but has deactivated and deleted all her known accounts after videos of the assaults went viral. She also removed her personal website where she described herself as a “freelance backpack journalist” who runs the magazine, Pawzels.

She has yet to be arrested. The Metropolitan Police Department did release a photo of McAlister, soliciting tips from the public to identify her.

The “Million MAGA March” was peaceful and attended by thousands of attendees. But violence erupted in the late afternoon and evening as rally attendees dispersed the event and returned to their hotels.