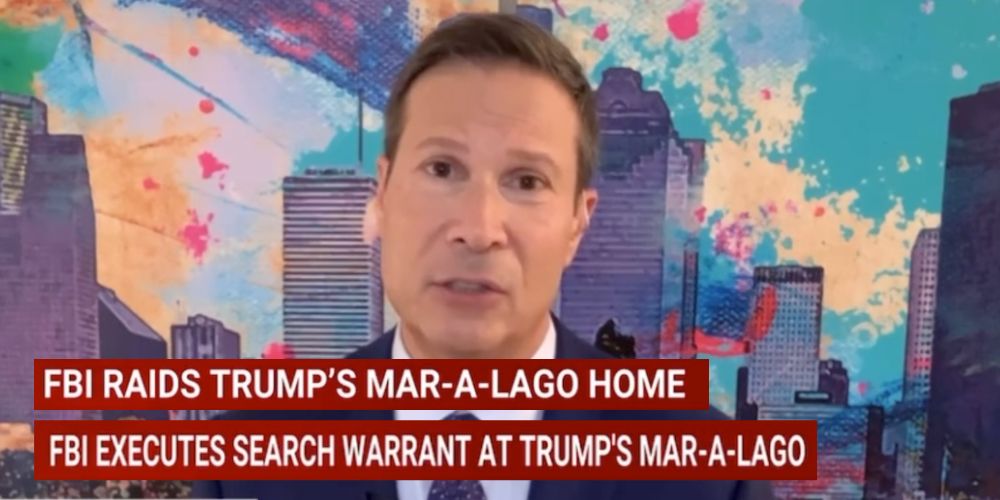 On Monday night after the FBI raid on former President Trump's Mar-a-Lago home, MSNBC was seen changing the wording of a chyron to reflect a contributor’s stance that FBI agents don’t like the word "raid."

The chyron, or bottom text, for the segment originally read "FBI raids Trump’s Mar-a-Lago home," as Former FBI Assistant Director and MSNBC contributor Frank Figliuzzi spoke about the raid and the seizure of documents.

Figliuzzi said that "agents, by the way, don't like the word raid, they don't like it. It sounds like it's some kind of, you know, extra judicial non legal thing."

"It's the execution of a search warrant. It's a court authorized search warrant," he added. In mere seconds, the wording for the segment changed, and it read "FBI executes search warrant at Trump’s Mar-a-Lago."

"I’m sure we're now going to be in for days of ranting and raving, even at CPAC over the weekend, there was a Congressman from Arizona who called for the defunding of the FBI before this even happened. So we're in for more of that. I'm sure they're hunkering down for that," he continued.

"But the word raid, they don't like it. They want to say they executed a search warrant."

Figliuzzi continued, "All of that going, on meticulous searching. Even, you know, I've seen situations where devices, electronic devices, thumb drives are being searched for and they actually have dogs. I'm not saying that dogs are being used, but if we see dog, as part of his team, it would be a clue that they're possibly searching for thumb drives and other electronic devices."

Trump announced on Monday that his residence at Mar-a-Lago had been raided by more than 30 FBI agents.

"These are dark times for our Nation, as my beautiful home, Mar-A-Lago in Palm Beach, Florida, is currently under siege, raided, and occupied by a large group of FBI agents," Trump said in a statement. "Nothing like this has ever happened to a President of the United States before."

The raid at the residence was reportedly centered around 15 boxes of materials requested by officials with the National Archives to be returned.