The Times, calling the Hunter Biden bombshell "unsubstantiated," said that the FEC ruled that Twitter had a commercial reason for suppressing the story, and not a political one. 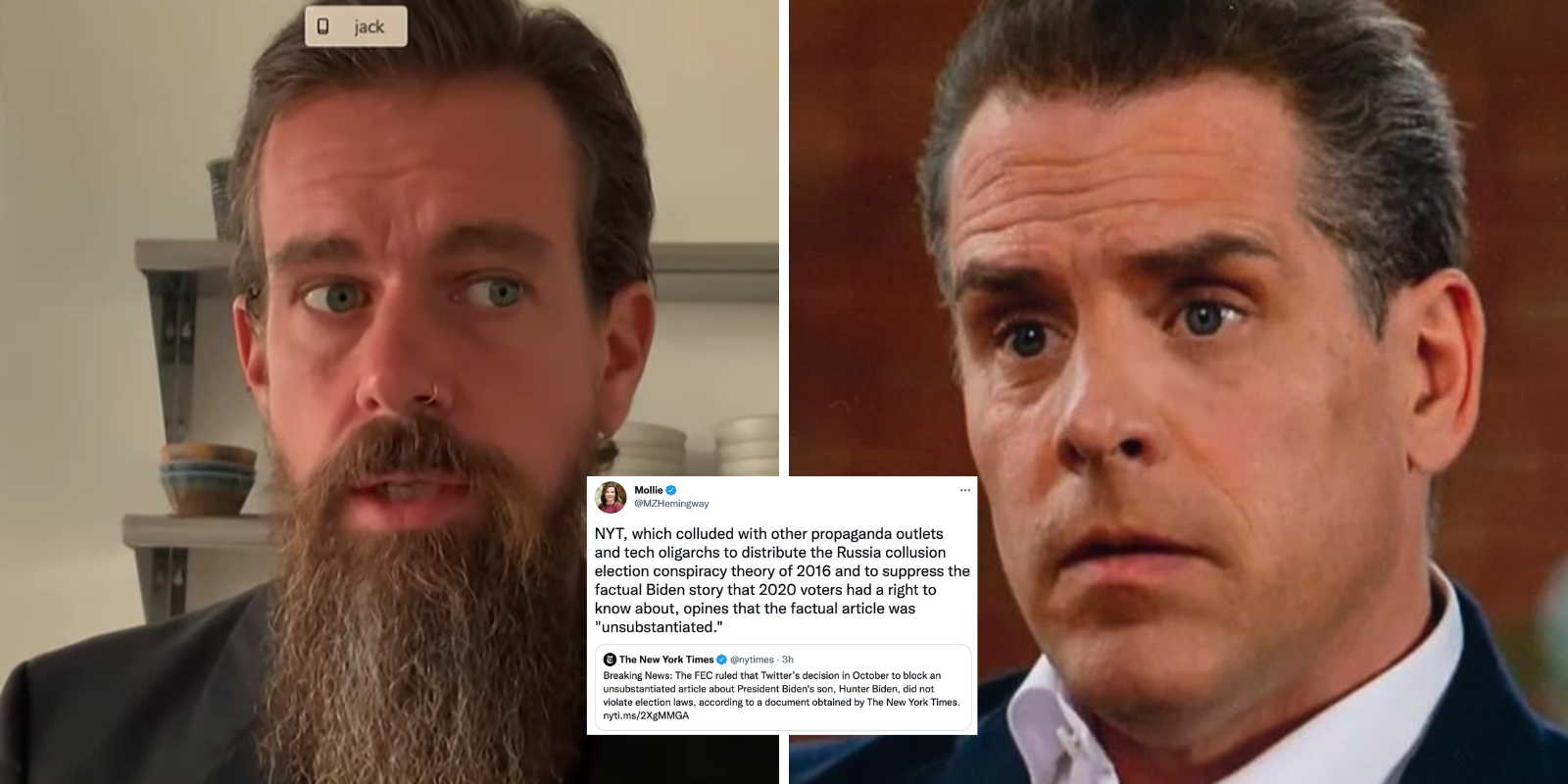 The Federal Election Commission has ruled on allegations from the Republican National Committee that Twitter's suppression of a New York Post story about Biden family misdeeds in the lead up to the election constituted a violation of election laws.

The FEC dismissed the claims, reports The New York Times. The Times, calling the Hunter Biden bombshell reporting by the New York Post "unsubstantiated," said that the FEC ruled that Twitter had a commercial reason for suppressing, censoring, and blocking people from liking the posts about the story, and not a political one.

In their decision, the FEC said that it found "no information that Twitter coordinated" their decision to suppress and censor reporting on Hunter Biden by the New York Post with the Biden campaign.

The Times reports that "Twitter's head of U.S. public policy said she was unaware of any contacts with the Biden team before the company made its decisions, according to the FEC document."

The RNC's complaint was that in suppressing and censoring the story, which Twitter admitted to doing under questioning from Congress, the tech company had improperly given aid to Biden's presidential campaign. It was later revealed that a not insubstantial number of voters might have voted differently had they known about the Post's reporting.

The RNC alleged that the suppression amounted to an "illegal in-kind contribution."

The FEC found against the RNC, saying thay the big tech company, helmed by CEO Jack Dorsey, "credibly explained" their actions, which, according to the Times, "followed existing policies related to hacked materials, according to the 'factual and legal analysis' provided to the parties involved in the complaint." The FEC has three Democrats and three Republicans on the committee, and their votes are not yet public.

The FEC also said that Twitter did not violate election law through the "shadow banning" of conservatives and Republicans. According to the Times, "the FEC "dismissed other allegations that Twitter had violated election laws by 'shadow banning' Republican users, or appearing to limit the visibility of their posts without providing an explanation; suppressing other anti-Biden content; and labeling former President Donald J. Trump's tweets with warnings about their accuracy. The F.E.C. rejected those accusations, writing that they were “vague, speculative and unsupported by the available information."

In blocking the story, Twitter had initially stated that this action was taken because they believed that the information reported by the Post was a result if hacking. They later said that it was not hacked, and that in making this determination they did not have evidence to corroborate the notion that it was hacked.

Twitter reversed their decision, but many believe that the damage had already been done. Dorsey said that the suppression had been a mistake. The documents from the FEC allege that in suppressing reporting from the New York Post, the big tech company was acting based on the receipt of "official warnings throughout 2020 from federal law enforcement that 'malign state actors' might hack and release materials associated with political campaigns and that Hunter Biden might be a target of one such operation."

The RNC's Emma Vaughn said the RNC would be "weighing its options for appealing this disappointing decision from the FEC."