Shortly after the laptop was released, the Biden campaign spouted off nonsense that it was the product of some sort of misinformation effort, or Russian hacking. 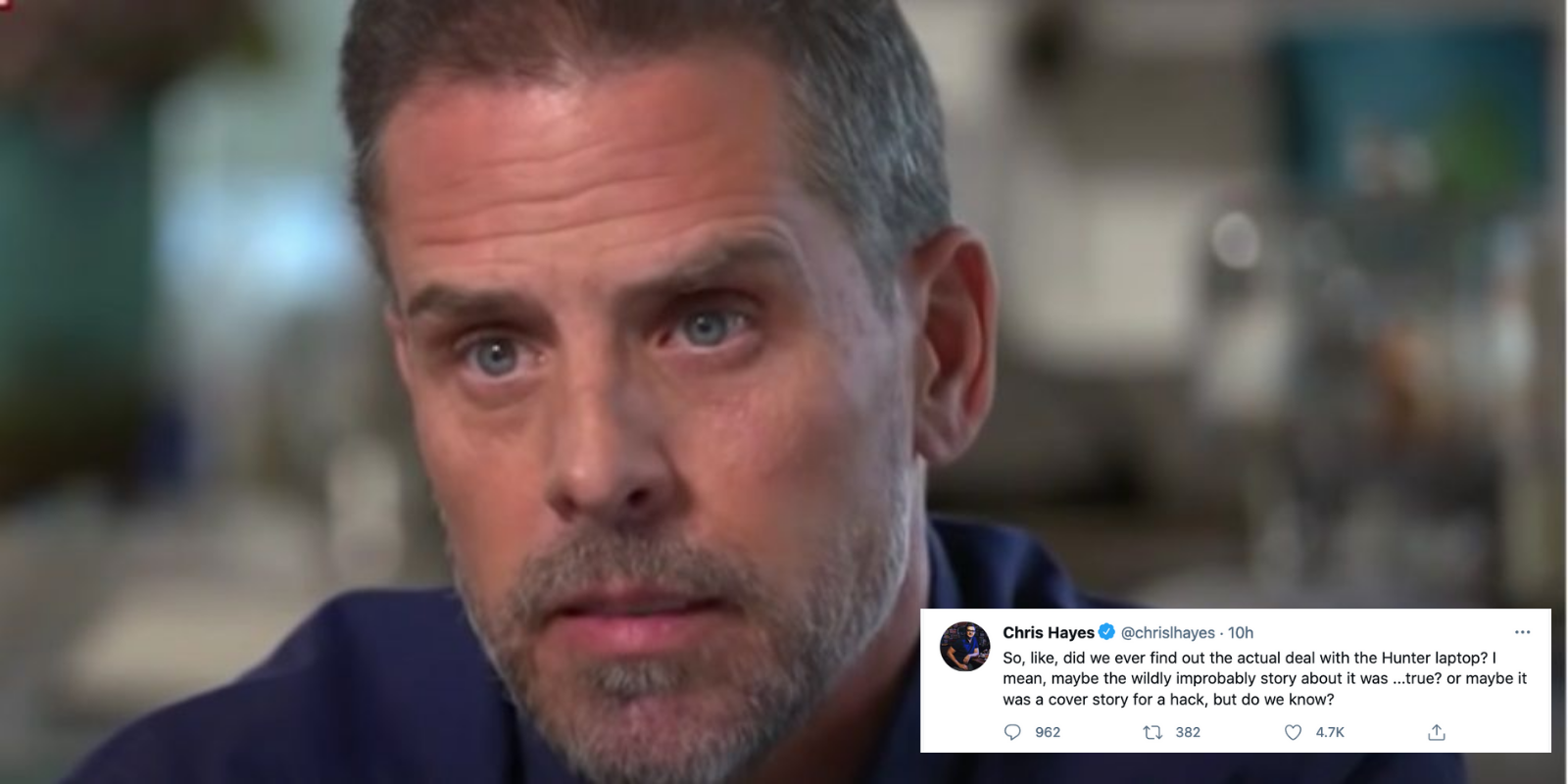 MSNBC anchor Chris Hayes reached out to Twitter to find out if all the hype about this Hunter Biden laptop is really a thing. "So, like, did we ever find out the actual deal with the Hunter laptop?" Hayes asked.

"I mean, maybe the wildly improbably [sic] story about it was ...true?" He asked. "or maybe it was a cover story for a hack, but do we know?"

Twitter was quick to point out that yes, we DO know.

Twitter was quick to answer Hayes' question now that MSNBC might be finally catching up. Stephen Miller pointed out that it's actually Hayes' "job to inform people of things."

Noah Blum made a similar point, noting that "If only [Hayes] were a member of a profession that's tasked with figuring shit like this out instead of just musing about it on social media."

Raheem Kassam of The National Pulse recalled having invited MSNBC to have a look at the hard drive, which they had obtained a copy of, only to be rebuffed.

The authenticity of the laptop has been verified all over the place by multiple sources. First, the New York Post actually obtained the laptop, and verified it. It's just that mainstream media chooses to discredit these sources in order to secure their stranglehold on information.

By searching through the contents of the drive, the New York Post found text messages, emails, private documents, and photographs, all of which turned out to be legitimate.

Mainstream media outlets like NPR, The New York Times, and the Washington Post reported on the fact that they would not report on the story when it broke in October because they believed it to be a smear campaign. Instead, it turned out to be legitimate, and the suppression of the story likely influenced the election in Joe Biden's favor.

The Daily Mail conducted their own forensic investigation, and found, too, that the laptop and its contents were real. And a recent interview with Hunter Biden revealed that he believed that the laptop definitely could have been his.

He doesn't remember dropping the laptop off to be repaired, signing off on a receipt, and forgetting about it, but he does admit to being highly intoxicated during much of that period and snorting grated cheese because he thought it was a stimulant. Even so, he stated that the laptop could very well be his.

Shortly after the laptop was released, the Biden campaign spouted off nonsense that it was the product of some sort of misinformation effort, or Russian hacking. Twitter CEO Jack Dorsey said that the information gathered was the result of a hack, a premise which he later had to walk back when it turned out to absolutely be a false assertion.