The GayBINGO! event featured "campy entertainment" that was guided by the "antics of the drag-queens-on-skates Bingo-Verifying Divas." 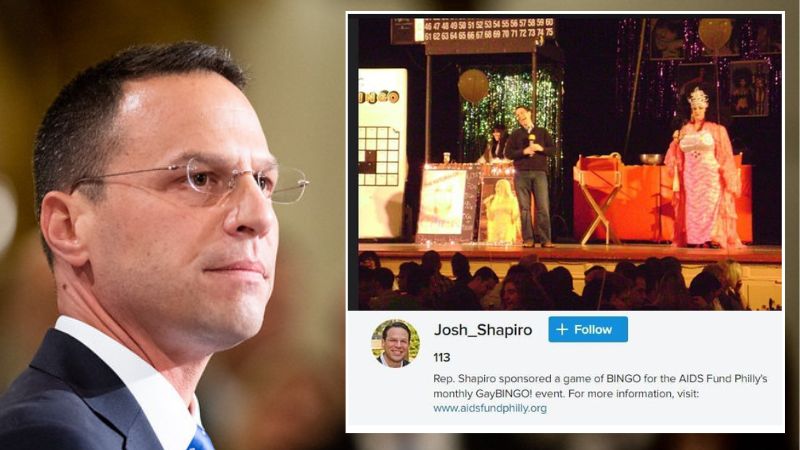 Josh Shapiro, the Democratic candidate running for governor of Pennsylvania, attended an event called GayBINGO! In November 2009, which featured drag queens skating around and entertaining the crowd, including "children."

A photo posted to social media shows then-State Representative Shapiro guffawing on stage next to one of the drag queens as bingo numbers are read. The caption to the photo reads, "Rep. Shapiro sponsored a game of BINGO for the AIDS Fund Philly's monthly GayBINGO! Event." 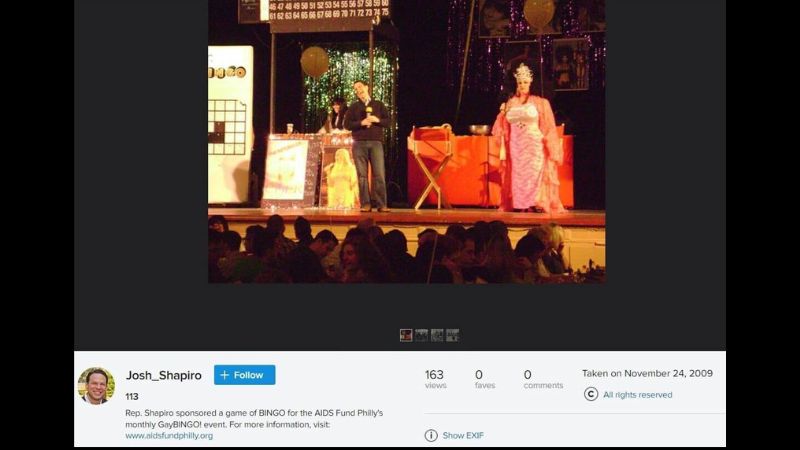 According to Philadelphia Gay News, the event featured "campy entertainment" that was guided by "antics of the drag-queens-on-skates Bingo-Verifying Divas."

The event had children in attendance according to the outlet, as "Trish Houck and her children, Leah and Eric" were given awards for volunteer efforts as both children started volunteering for GayBINGO! when they started high school. Their mother, Trish, had heard about GayBINGO! from a PBS Documentary on the event.

An archived record of the event exists on the Internet Archive.

Shapiro's opponent, Republican candidate Doug Mastriano, has criticized Shapiro, who is currently the state's attorney general, for his support of radical gender ideology.

Speaking with Real America's Voice host David Brody on October 20, Mastriano specifically called Shapiro out for failing to speak out against the experimentation on foster children being conducted by doctors associated with Children's Hospital of Philadelphia.

The Human Rights Campaign, an activist group known for its strong support of the medical transition of children, endorsed Josh Shapiro for governor of Pennsylvania in early October, just months after it awarded the Children's Hospital of Philadelphia an award for excellence in LGBTQ+ healthcare.

Josh Shapiro also advocated to allow students to use the bathroom that they claim aligns with their gender identity, not their biological sex, while he served as the state’s attorney general.
ADVERTISEMENT
ADVERTISEMENT
ShapiroGayBingo