FREEDOM CONVOY: "We are staying until all COVID restrictions are dropped in Canada"

Organizers said that the truck drivers did not intend to stay for any time longer than what was necessary, and that their exit depended on the lifting of mandates. 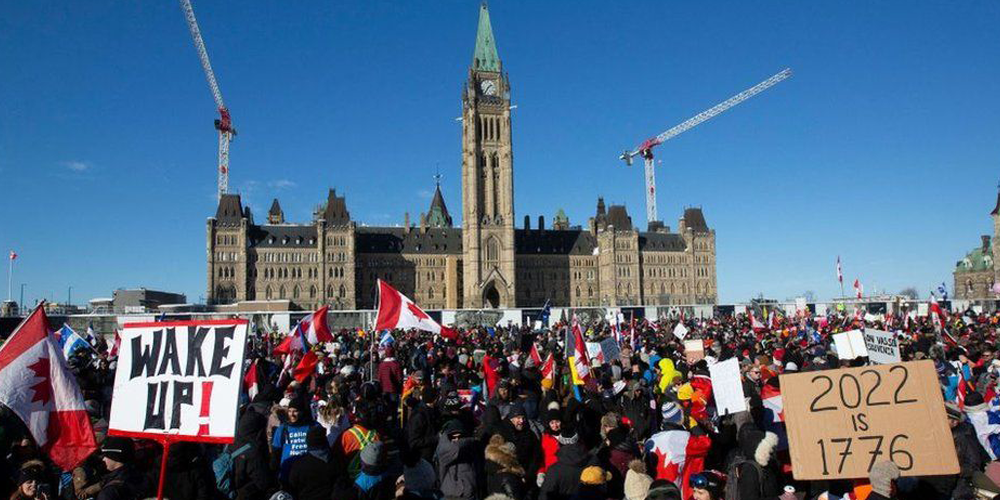 The organizers of the Freedom Convoy in Ottawa spoke to members of the press on Thursday where they announced their decision to remain in place in Canada’s capital city until all COVID restrictions, mandates, curfews and mask restrictions are ended nationwide.

Organizers said that the truck drivers did not intend to stay for any time longer than what was necessary, and that their exit depended on the lifting of mandates.

“We are staying until all COVID restrictions are dropped in Canada,” said the organizers.

The organizer added that the convoy would move when there is a clear plan in place to remove mandates, noting that the premier of Saskatchewan, Scott Moe, had just recently moved to remove most COVID regulations from his province.

As previously detailed, the leaders of the Freedom Convoy in Ottawa is held a press conference on Thursday, where they provided updates regarding their plans to depart, their requests to the federal government, and the situation with the movement's GoFundMe, which was recently suspended by the platform.

Lich says that the Freedom Convoy’s organizers have not been contacted by the federal, municipal, or provincial government, and instead are "using the media to portray [the convoy] as racists, misogynists, and even terrorists."

Canada's Prime Minister Justin Trudeau has slammed protests in the capital city as "an insult to memory and truth."