"It’s not about Republicans, it’s about Gavin Newsom. It’s not even about Democrats, it’s about this particular Democrat..." 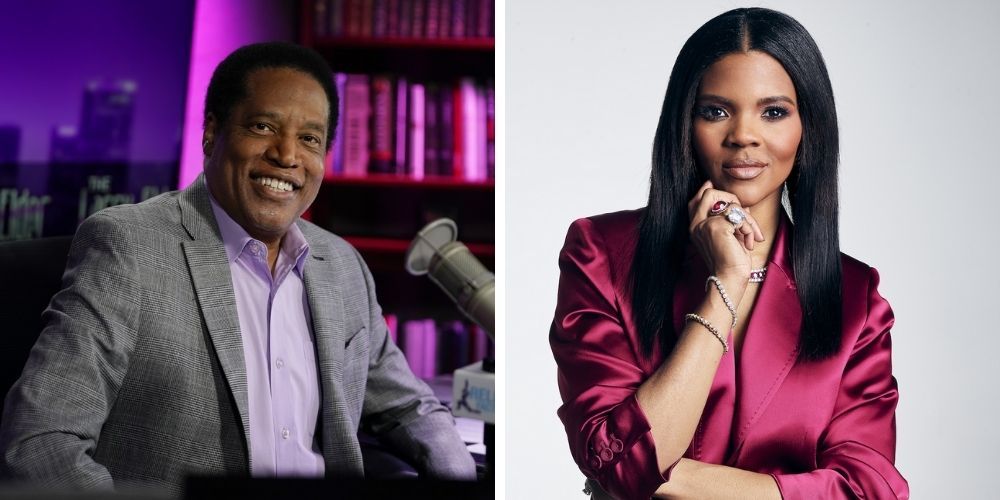 Larry Elder, who is running for the California governorship against sitting Governor Gavin Newsom in an upcoming recall election against Newsom, was harshly critical of his rival during Candace on The Daily Wire. Host Candace Owens invited the conservative radio host and candidate on her show to discuss the California upcoming recall election, slated for September 14.

Millions of Californians petitioned for Newsom to face a recall, and it may result in his expulsion and the Elder's election to the executive seat. Although dozens of candidates are on the ballot, Larry Elder appears to be the most serious rival to Newsom and his agenda for the state.

Elder took aim at Newsom's failed education system, "Urban parents, polls show, want a choice in school… And teachers unions and the Democrats are not giving them the number one route from poverty to the middle class, and that's to at least finish high school," Elder said.

"I'm going to do that and that's why Gavin Newsom is scared to death. And that's why for the first time, he's mentioned my name. He hasn't mentioned the name of my rivals because he's afraid of and he should be."

Owens, in response, remarked, "Now it almost seems that the express purpose of the education system is to dumb down the children because obviously an educated mind cannot be enslaved."

"The money should follow the child, rather than the other way around. I support full-throated school choice," Elder said. School choice is a significant issue across the country and in California.

"Public school teachers aren't sending their kids to public school. They're sending them to private school… It's the equivalent of opening a restaurant and putting up a sign that says 'come on in and eat the food but we sure won't,'" Elder opined.

Throughout the recall process, Newsom has focused on clearing his own image rather than attacking his potential opponents. For the first time during this race, however, Newsom has singled out an opponent by name. Newsom blamed Elder and Republicans, in an interview with the Sacramento Bee, for the recall and divisiveness of California politics.

"All he's doing is cursing and blaming republicans for their take over and mentioning Larry Elder by name because he's scared to death he may lose his job and should."

"It's not about Republicans; it's about Gavin Newsom. It's not even about democrats. It's about this particular democrat and what he's done on crime and homelessness on the cost of living and the outrageous way he ignored science and shut down this state," Elder concluded.

The downfall of California is not news to Candace Owens and The Daily Wire. The conservative outlet was based in the state until last year when it, alongside many other influencers and average Californians, exited the state.

"When we see so much corruption at the federal level, it is the states that can save the union. And that's why California is such an important state. .. If we could've California, if we could rescue CA, this nation would change overnight and the democrats know it and that's why they're focused on you," Owens said to Elder.

Candace is a talk show featuring celebrity interviews and panel discussions with the world's most influential thought leaders and cultural mavens. It is available to stream through The Daily Wire.

The California recall and gubernatorial race are set to take place on September 14, 2021.