"The border crisis is so dire that the US Customs and Border Protection is requesting our help as their agents are overwhelmed by the chaos." 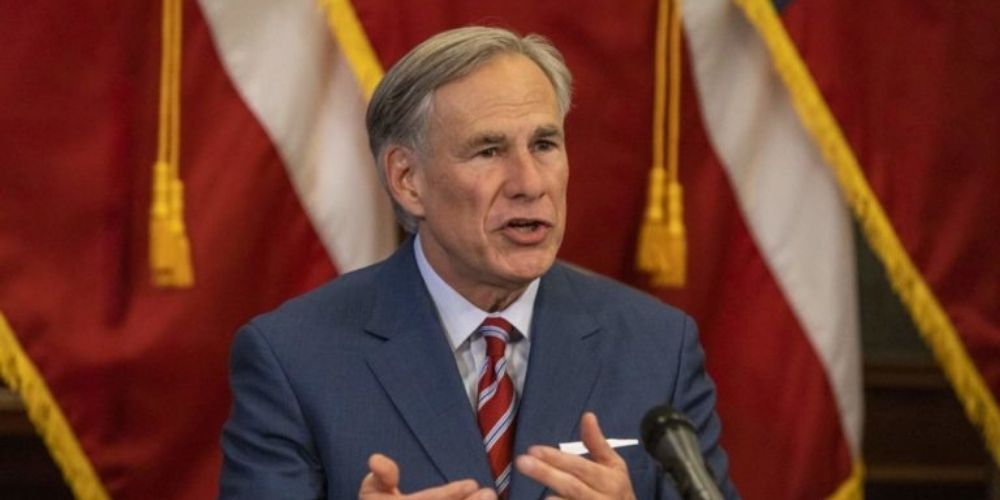 Texas Governor Greg Abbott announced Thursday that six ports of entry along the southern border between Texas and Mexico will be shut down "to stop these caravans from overrunning our state."

"The sheer negligence of the Biden administration to do their job and secure the border is appalling. I have directed the Department of Public Safety and the Texas National Guard to surge personnel and vehicles to shut down six ports of entry along the southern border to stop these caravans from overrunning our state," said Abbott in a statement to Fox News.

"The border crisis is so dire that the US Customs and Border Protection is requesting our help as their agents are overwhelmed by the chaos," Abbott continued. "Unlike President Biden, the State of Texas remains committed to securing our border and protecting Americans."

"Six hours after U.S. Customs and Border Protection requested help from Texas to close ports of entry and secure the border, the Biden Administration has now flip-flopped to a different strategy that abandons border security and instead makes it easier for people to cross illegally and for cartels to exploit the border," said Abbott in an additional statement.

"The Biden Administration is in complete disarray and is handling the border crisis as badly as the evacuation from Afghanistan. I have directed the Texas Department of Public Safety and the Texas National Guard to maintain their presence at and around ports of entry to deter crossings," Abbott continued.

Abbott's actions comes as drone footage captured by Fox News showcased a growing number of migrants in a camp underneath the International Bridge in Del Rio.

Rep. Tony Gonzales, who's district includes Del Rio, visited the migrant camp that formed, telling Fox News he was shocked by the situation.

Gonzales said more than 8,000 migrants have gathered in that location, and that it "is as bad as I've ever seen it."

He added: "I'm not taking that lightly."

"When you see the amount of people and how chaotic it is and how there is literally no border, folks are coming to and from Mexico with ease, its gut wrenching and it's dangerous," he said.

In response to the skyrocketing number of migrants gathering in Del Rio, CBP told Fox News that Border Patrol is "increasing its manpower in the Del Rio Sector and coordinating efforts within DHS and other relevant federal, state and local partners to immediately address the current level of migrant encounters and to facilitate a safe, humane and orderly process."

"To prevent injuries from heat-related illness, the shaded area underneath Del Rio International Bridge is serving as a temporary staging site while migrants wait to be taken into USBP custody," a spokesperson said.

"Drinking water, towels, and portable toilets have been delivered for migrants to use while they await to be transported to a facility," the spokesperson said. "The vast majority of single adults and many families will continue to be expelled under the CDC's Title 42 authority, and those who cannot be expelled under Title 42 and do not have a legal basis to remain will be placed in expedited removal proceedings."

The surge in southern border encounters comes nearly one month after a Texas judge reinstated the Trump-era remain in Mexico policy for migrants. Earlier this month, it was revealed that a large portion of those encountered crossing the southern border are being sent back under this policy pending the duration of their US immigration proceedings.