Hunter spent $30k on a website called UberGFE which was run by a Ukrainian woman named Ekaterina Moreva. 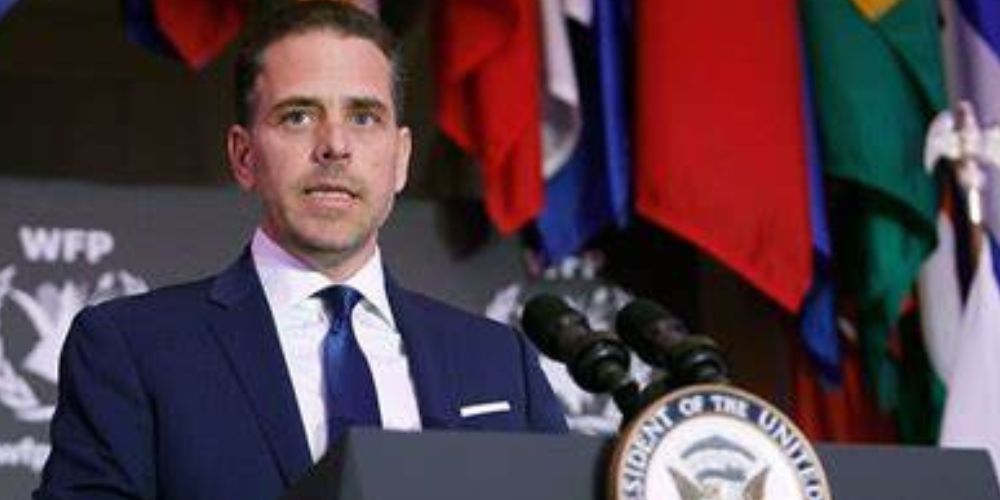 Hunter Biden may be charged with federal prostitution charges after documents reveal the President's son spent $30,000 on escorts in a five-month time frame and transported hookers across state lines.

In a Daily Mail exclusive, the site reports Monday that Hunter spent the $30k on services for "the girlfriend experience" and paid out checks to a Ukrainian woman named Ekaterina Moreva.

Moreva ran prostitutes through the website UberGFE.com where Hunter allegedly ordered women as young as 20.

JPMorgan Chase filed a Suspicious Activity Report (SAR) after Hunter sent Moreva tens of thousands of dollars from Hunter's company Owasco, P.C. Hunter's bank account had been frozen at least once due to reg flag reports like the SAR in the November 2018 and March 2019 time frame.

Evidence shows that, during those frozen asset times, Hunter would press his father to wire him cash to help him pay his debts, which his father would oblige.

In January 2019, Hunter recorded himself smoking crack and fondling his genitals while ostensibly undergoing detox at the Blue Water Wellness in Newburyport, Massachusetts.

The Daily Mail reports that Hunter disguised checks for Moreva as medical services related to his stay at Blue Water Wellness.

A potential federal offense is transporting prostitutes across state lines. Video and pictures show Hunter helped transport hookers from Boston to New York for a night of various licentious activities.

The FBI has been reviewing Hunter's material since 2019 and an alleged 4chan leak of Hunter's iCloud contents has supposedly released to the public much of the information related to his potential crimes.

The Chase SAR was leaked to the anti-corruption nonprofit Marco Polo and obtained by Daily Mail. The SAR states that $274,873 went to a "student" named Anna Dekhtiar from Sunny Isles Beach, Florida for "no clear, legitimate economic purpose."

This alleged slush fund saw at least two women depositing money into the account who appear to be hookers Hunter was retaining.

One of those women was the same one Hunter filmed on his iPhone in January 2019, claiming that he gave her $10,000 and asking if he hurt her. Another is a woman he paid for "art consultation" services but the woman had no experience in art consultation.