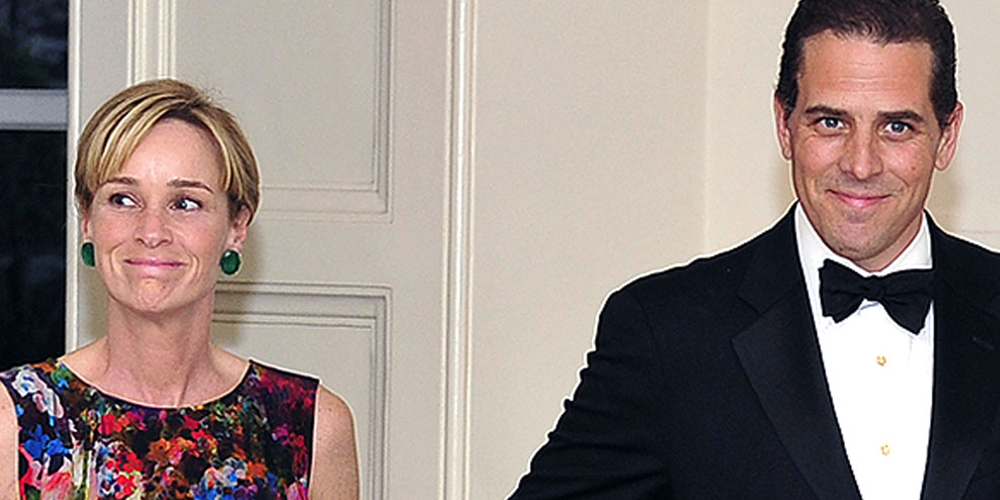 The controversial son of President Biden released his own book detailing the pitfalls of his personal life. Later this year we’ll get a chance to hear from his ex-wife.

If We Break: A Memoir of Marriage, Addiction, and Healing will come out midway through this year and detail what it was like being married to Hunter Biden for nearly two and a half decades.

The couple had three daughters together. But more recently Hunter Biden fathered a son with his second wife Melissa Cohen.

Kathleen Buhle remained quiet about her personal life for past several years, including during Joe Biden’s 2020 campaign period. According to an interview with People Magazine she’s finally ready to say something about it all.

"When my marriage ended, I felt like I'd lost my sense of who I was. Anyone who has seen addiction ruin a relationship, or been through infidelity and divorce, can tell you how devastating it feels. But what I also realized through those crushing experiences is that I needed to find a way to stand on my own," Buhle told the outlet.

The addictions Hunter’s ex-wife are referring to include the alcohol, drugs, and infidelity. Before the April 2017 divorce was finalized, Hunter had begun seeing the widow of his deceased brother.

Details of Hunter’s personal life were salacious enough to call for an upcoming movie starring Laurence Fox and Gina Carano. When Hunter’s Beautiful Things came out, a homeless crack addict told the media she disputes his depiction of her in the book.

The way Buhle’s publisher sums it up is that the book will be about Kathleen’s biographical background, and what it meant to marry into the Biden family.

"My hope is it will be meaningful to those who have been through addiction or divorce, and especially to women who have felt like their entire identity was tied to their spouse. In the end, divorce allowed me to find my strength," Kathleen told PEOPLE.

Buhle has been the director of strategic partnerships for the DC Volunteer Lawyers Project, and is the founder of a women’s collaborative space in Washington DC called The House at 1229.