On August 13, 2021 around 3 am, 26-year-old husband Travis Richard Juetten and his wife, Jamilyn Rebekah Juetten, were stabbed multiple times in a circumstance, like the Idaho murders, where the assailant entered the home and stabbed the victims. 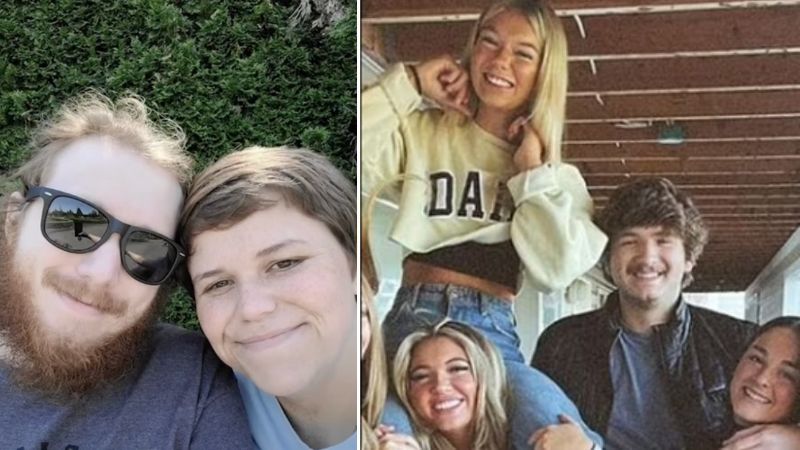 The murder of four University of Idaho students early in the morning on November 13, while they were sleeping according to authorities, in Moscow, Idaho has striking similarities to an attack of a sleeping couple from Marion County, Oregon in 2021.

According to the Idaho Tribune, on August 13, 2021 around 3 am, 26-year-old husband Travis Richard Juetten and his wife, Jamilyn Rebekah Juetten, were stabbed multiple times in a circumstance, like the Idaho murders, where the assailant entered the home and stabbed the victims over and over again with a large knife.

Travis Richard Juetten died while his wife survived despite 19 knife wounds. Authorities indicate that the attacker was masked and the investigation is ongoing. Oregon police have not released any further information despite the wife surviving the attack.

Moscow, Idaho and Marion County, Oregon are within relative proximity to each other, or about a 8-9 hr drive. Both murders are unsolved and internet detectives have been noting the similarities, such as the attacks happening in the early morning, happening in rural areas, and taking place while the victims were asleep.

Authorities have not reported forced entry in either case. Further, the copious stab wounds have raised questions in both case about a "crime of passion" or if the attacker knew the victims or was stalking them.

According to the Daily Mail, Idaho victim Kaylee Goncalves was concerned she had a stalker and had talked about this person in the months leading up to her murder.


On November 13 the bodies of 20-year-old Xana Kernodle, her boyfriend 20-year-old Ethan Chapin, along with  21-year-old Madison Mogen and 21-year-old Kaylee Goncalves were found butchered to death after police responded to a report of an unconscious person at a rented home on King Road in Moscow, Idaho. No arrests have yet been made.

Chief of Moscow police James Fry said it is believed to have been a "targeted" attack but noted, "We need to be aware. The individual is still out there" adding, "We cannot say there is no threat to the community."

Latah County Coroner Cathy Mabbutt confirmed to CBS News to that the victims were stabbed to death, described the attacks as "personal," and that the murder weapon, which has still yet to be found, "would have had to be a large knife." It was further revealed that Idaho police were on the hunt for a "Rambo"-style, Ka-Bar-style knife.

Two other roommates who were unharmed, Bethany Funke and Dylan Mortensen, have been cooperating with authorities and are, at the moment, not considered suspects.

Reports indicate that the group of friends had been out socializing but authorities believe all four of murdered students had returned to the house by 1:45 am. Fry said, "We're not 100 percent sure if the door was unlocked, but there was no damage to anything and the door was still open when we got there."

Mogen and Goncalves, had reportedly made 10 phone calls to a man named "Jack" between 2 am and 3 am on the night of their murder according to Kaylee's sister Alivea.

Speaking with Inside Edition, Alivea said, "Kaylee calls Jack six times between 2:26 am and 2:44 am," and "From 2:44 to 2:52 Maddie calls Jack three times, then Kaylee makes a final call to him at 2:52 am." Reports are that the four were stabbed to death between 3-4 am.
ADVERTISEMENT
ADVERTISEMENT
IdahoOregon