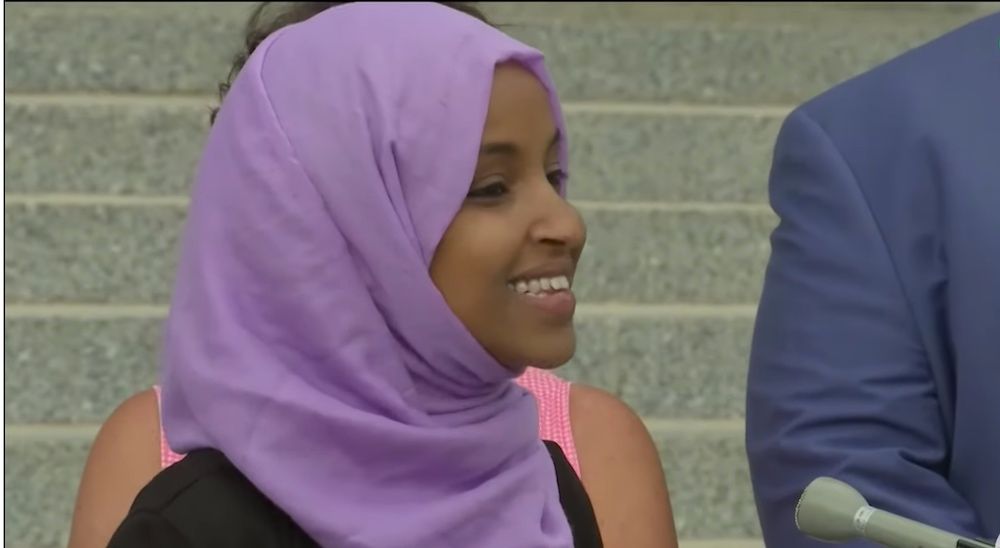 Omar said "As long as our economy and political systems prioritize profit without considering who is profiting, who is being shut out, we will perpetuate this inequality. So we cannot stop at criminal justice system. We must begin the work of dismantling the whole system of oppression wherever we find it."

"Right now in Congress, the Senate is sitting on a comprehensive bill to transform criminal justice and the policing system. All along, with the Congressional Black Caucus, I helped lead the George Floyd justice and policing act. And because of Mitch McConnell and Donald Trump, it's being ignored."

She did not mention that the Senate GOP brought a bill that was rejected by Democrats, who favoured their own bill, which has also not been passed.

"I guess the president would rather attack the people who are protesting than actually address the issues people are out here protesting for."

Omar continued by saying that Republicans within the Minnesota government are "doing the same things" as McConnell and Trump when it comes to addressing the real issues, saying: "Democrats in the state house have passed a bold package that meaningfully addresses police violence in our state, not only to be stonewalled by Republicans who would rather skip town than protect black lives."

A number of other speakers followed Omar's segment, all of them driving home the idea that institutional racism exists and needs to be resolved.

Omar gloried in the response of conservatives to her speech to dismantle American society and rebuild it along socialist lines.

The tweet came after Tennessee Senator Marsha Blackburn tweeted: "Ilhan Omar took an oath to defend and protect the Constitution, not shred it. Omar and her Marxist comrades are a threat to our Democracy. Omar should resign."

Omar has been a big proponent of dismantling and defunding the police system after the death of George Floyd and amid the ensuing protests. This comes as other cities across the country have also called for the defunding of law enforcement.

The city of Minneapolis was the site of a major shooting at the end of June amid calls to rid the city of the police force. The event resulted in 12 people being shot, with one fatality.

The death of black Americans has been on the rise since the announcement that defunding the police could potentially become a reality in various parts of the country.

Shootings during the Fourth of July were especially disastrous, as 42 people in New York City were shot and 9 killed. Atlanta saw 23 people shot, including the shooting death of an 8-year-old girl. Chicago was the site of 33 people getting shot, resulting in the death of 7 people, which also included a little girl.